Marshall "Major" Taylor, who was born and raised in Indianapolis, became the first African American world champion professional cyclist in 1899. 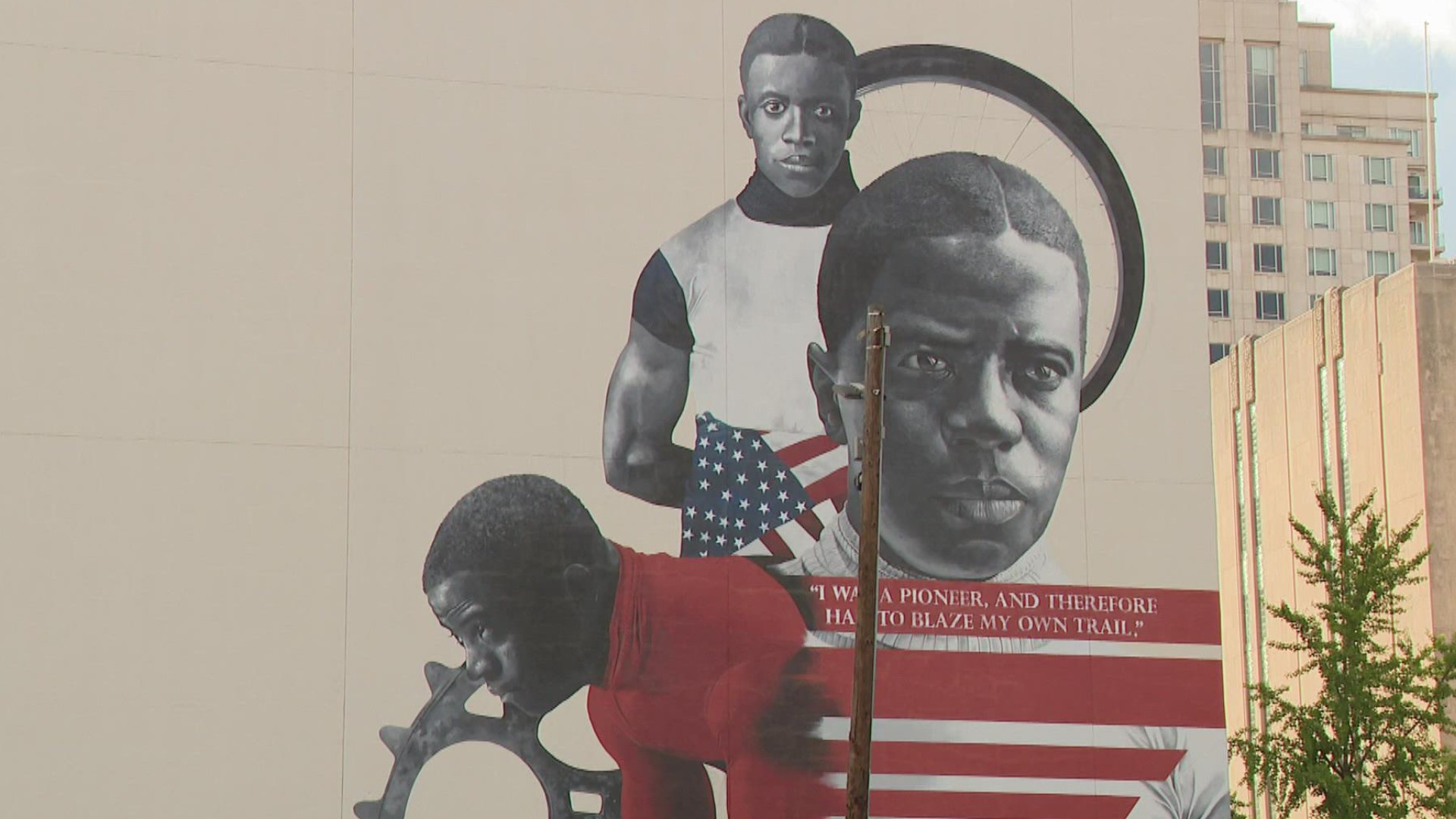 The project, on the east-facing wall of the Barnes & Thornburg building at Meridian and Washington streets, has been in the works since last year as part of the Art Council's "Bicentennial Legends" series.

The artist, Shawn Michael Warren, spoke about the meaning behind the mural.

"He wasn't really given much respect or honor because he grew up in a time when racism and racial violence was the norm. He was robbed of his dignity and respect as an athlete and a man," Warren said. "This project is a way of restoring those things to him. Although he's been long gone, this is a way to go back and honor who he was when he was alive."

Taylor, who was born and raised in Indianapolis, became the first African American world champion professional cyclist in 1899. He was the U.S. sprint champion that year and again in 1900, setting numerous world records.

He also became a role model for other athletes facing racial discrimination.

The mural of Taylor was unveiled in time, with top athletes from the Black national cycling community participating in the Momentum Indy bike races starting Friday.

Additional Bicentennial Legends murals will be installed through 2023.

People can nominate Hoosiers who have made significant contribution to Indianapolis’ history and culture and who amplify the four guiding principles set by the Bicentennial Commission: History, civic pride, innovation and legacy.