Major changes on the horizon for downtown Westfield

Mayor Andy Cook is hopeful two multi-million projects in the works will make Westfield a destination of a different kind. 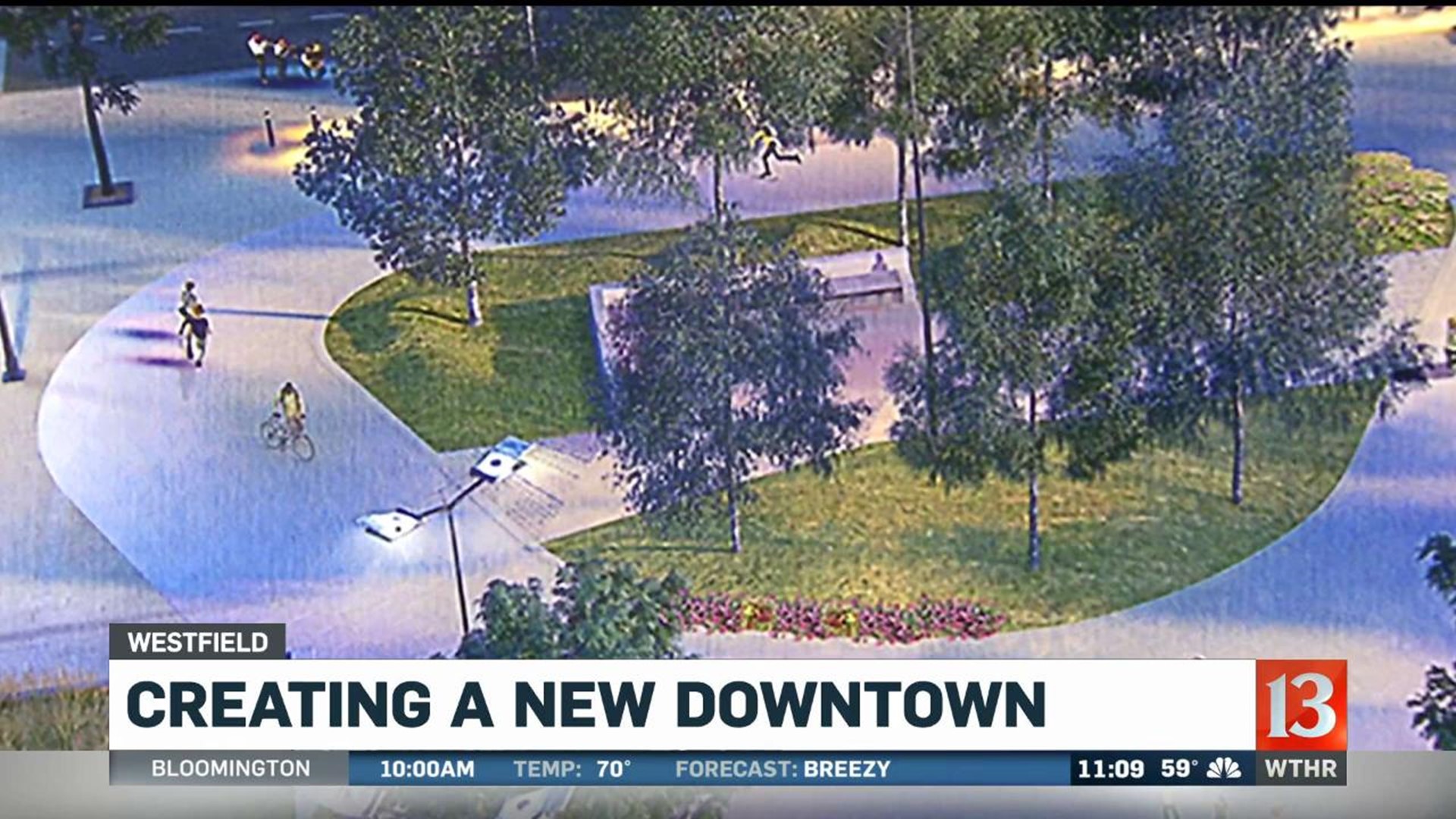 WESTFIELD, Ind. (WTHR) — Westfield is well-known for Grand Park, the large sports complex that draws athletes of all ages from across the country. But the city also wants to be known for its downtown and what it offers residents.

Mayor Andy Cook is hopeful two multi-million-dollar projects in the works will make Westfield a destination of a different kind. One is a $35 million publicly funded public park and plaza. The other is a newly announced $25 million mixed-use development, adjacent to the plaza, along SR 32, just east of US 31.

"With Grand Park, we have 1.5 million people visiting chain restaurants and fast food places, but we also want our local people to enjoy local (places) and offer our visitors a taste of Westfield," Cook said.

Preps for the 6-acre Grand Junction Plaza are already underway with crews now doing utility and other infrastructure work. Cook said it will include greenspace, a "bubbling stream" running through it, along with amphitheater and outdoor skating rink. He said the bulk of construction will start this summer.

The other project, called Union Square at Grand Junction, calls for condos, apartments, shops and restaurants. The developer is Carmel-based Old Town Companies. The city unveiled an overview of plans Tuesday — plans Cook said could change following public input and are subject to several approvals, including sign off from the city council.

"We asked them to keep it much different, to (have it) as much as we can to duplicate what we already have, that is smaller buildings and unique, eclectic architecture, and that's exactly what they brought to the table," he said.

Union Square is expected to be done in two phases with construction starting in 2020 and lasting three to five years.

Both projects are in an area that's already seen change.

Angela Gapinski just opened Root 3 — a flower and plant shop on Park Street — which is adjacent to Grand Junction Plaza. Several old houses along the tree-lined street have been turned into restaurants or in Gapinski's case, a retail business.

"I grew up in Westfield and this was a drive-by area so it's exciting to have a park where I can walk my dog every day," she said.

She also welcomes the business Union Square will bring.

"The fact that this is all happening right here literally where I grew up is very exciting and wonderful for a small business owner as well," Gapinski said.

Jim Lewis, who's lived in a home off Park Street with his wife Lew for 57 years, agreed.

"It's going to be real nice for the town of the Westfield...We have (Grand Park) out there, this will be the next big thing going," he said.

But he and Lew also said they were ready to move.

"There's so much traffic, we're considering selling," he said, with Lew chiming in, "Selling out and moving out away from the crowd."

That's exactly what the changes are expected to bring: more people wanting to visit and live in Westfield.