An official provided an update around 11:45 a.m. and said Abdul Agboola was found curled up in a ditch, crying, but appears to be in great condition. 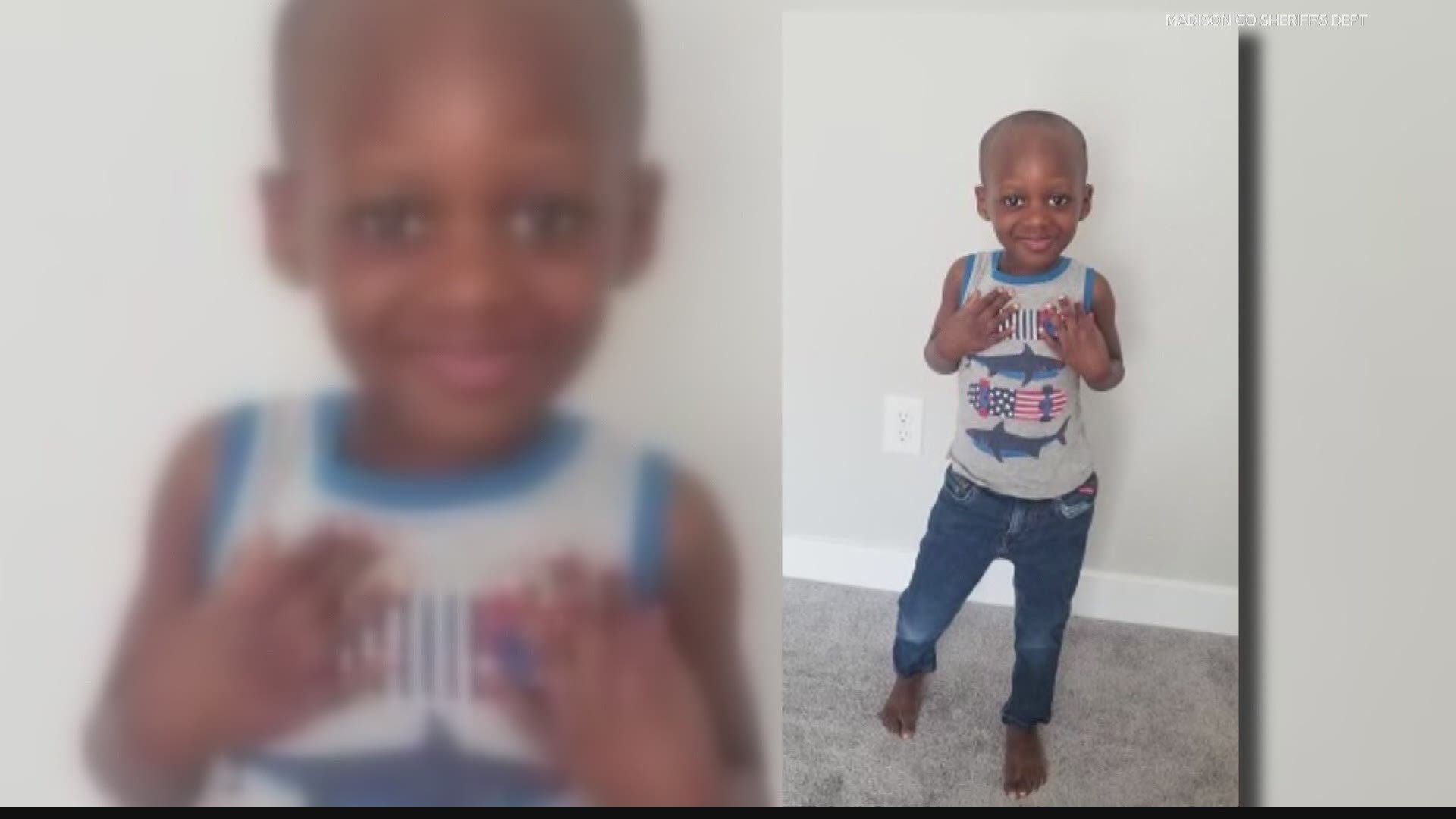 Madison County Sheriff Scott Mellinger provided an update around 11:45 a.m. and said Abdul Agboola was found curled up in a ditch, crying, but appears to be in great condition.

Paramedics told officials Agboola's clothing was very wet and his legs were very cold, but his body temperature was 97.7 degrees Fahrenheit. Paramedics also said there were no visible signs of injuries, but he was taken to Riley Hospital for Children for a thorough examination.

Justin Alex Harmeson, with Chesterfield EMS, was directing traffic on State Road 13 and heard whimpering coming from the ditch. That's when he found Agboola, who raised his arms as if he wanted to be picked up.

Officials said they started searching for Agboola around 4 a.m. He was originally reported missing at 2:30 a.m.

Home surveillance video from Springbrook neighborhood showed the boy walking away from the home alone around 1:30 a.m., according to the sheriff's department.

Authorities were searching for the child near State Road 13 south of I-69.

Mellinger said Agboola crossed the road barefoot and was found between one-quarter to a half-mile from his home.

More than 100 police and fire personnel assisted in the search.

Madison County officials were made aware of one other instance of Agboola leaving his home but was found moments later in the neighborhood.

Agboola was missing from Pendleton, Indiana which is 35 miles northeast of Indianapolis.