Southport Police Lt. Aaron Allan touched many lives during his career by going above and beyond the call of duty. 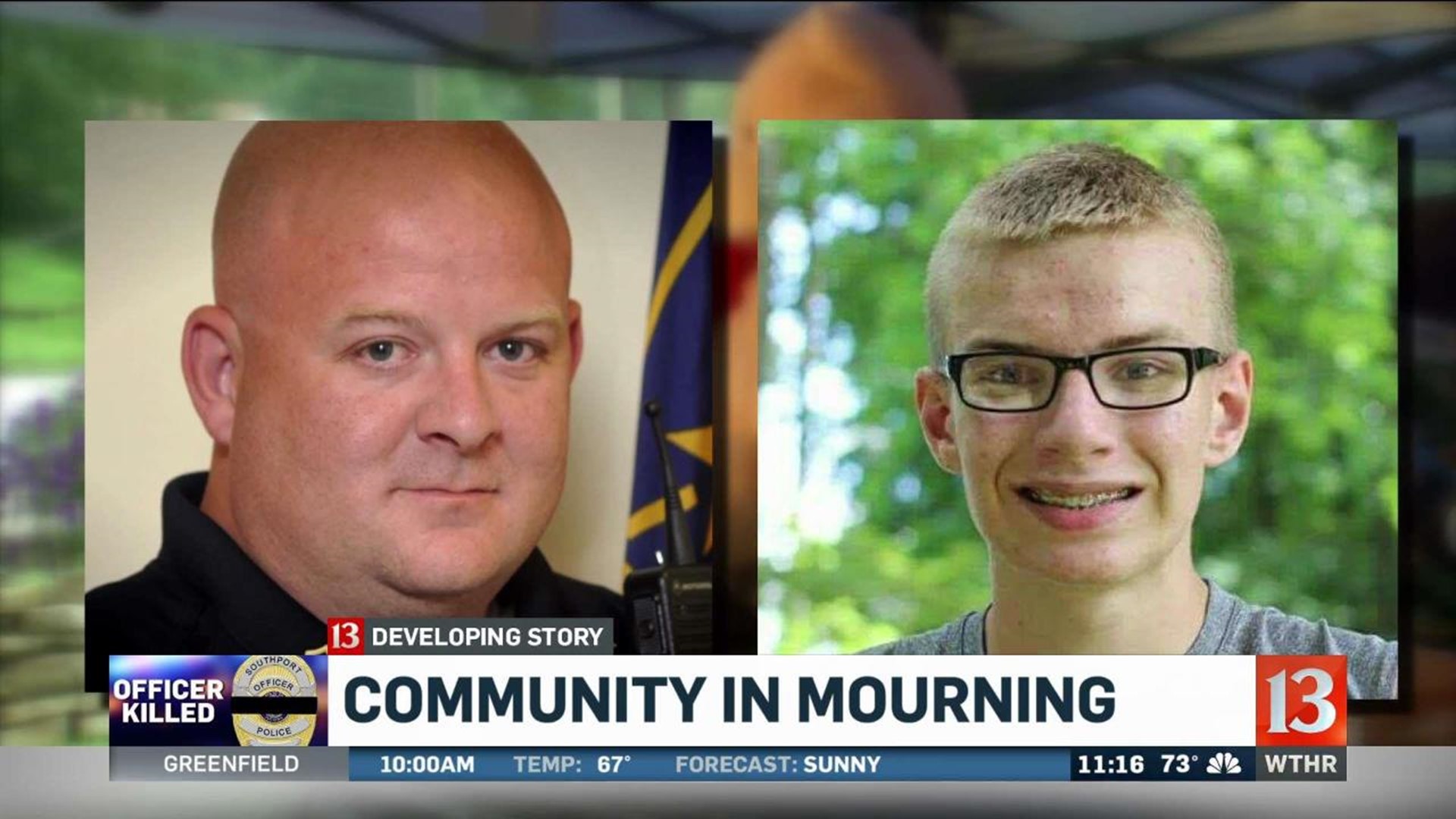 INDIANAPOLIS (WTHR) - Southport Police Lt. Aaron Allan touched many lives during his career by going above and beyond the call of duty.

He was a loving father and husband and a friend and protector of the community. Many in the Southport community are remembering how much the officer, who was shot and killed while trying to help the victims of a car crash Friday, cared for others and wasn't afraid to show it.

That's why Allan's death is hitting the students at Franklin Central High School - and one student in particular - especially hard.

Allan was known as "Teddy Bear," a dedicated officer with a big heart who made a difference in so many children's lives.

"He was involved in the community, and he was involved with reaching out to the youth, which is what made him such a great officer here. That's what our focus has always been," said Southport Police Chief Thomas Vaughn.

Before he was a full-time officer with Southport Police, Allan worked as a resource officer at Franklin Central High School.

"Aaron was one of those guys that I believe he put himself in those kids' lives," said John Gorman.

Franklin Central is where Allan met Gorman's grandson, Jacob, who has autism. Their interactions are something his family will always remember.

"He loved police. We used to give them water all the time, so because of that relationship with other policemen, he would always go up and introduce himself, and whenever he would, Aaron would always respond, 'Hi Jacob - how are you?'"

A simple gesture that made a huge impact.

"I mean, he knew him personally. He knew his name and then Jacob would get all excited and everything. So it was just a blessing to see," Gorman said.

Gorman has a good feeling that Allan was a blessing for other students, too.

"I don't think Jacob was the only one he connected with. The thing is, those officers at the high school, they need to know what's going on, and the kids aren't going to embrace that relationship unless they don't care how much you know until they know how much you care," he said.

"For this to happen to a guy who is truly a great member of the community is truly tragic," Gorman said.

Jacob Showers is a sophomore at Franklin Central.

In a statement, Franklin Township Schools called Lt. Allan a "dedicated police officer." The entire district is sending its thoughts and prayers to Allan's family and all first responders.