A man from Richmond says he is just relieved and happy to be home after he was in downtown Dayton Saturday night when a gunman opened fire killing 9 people. 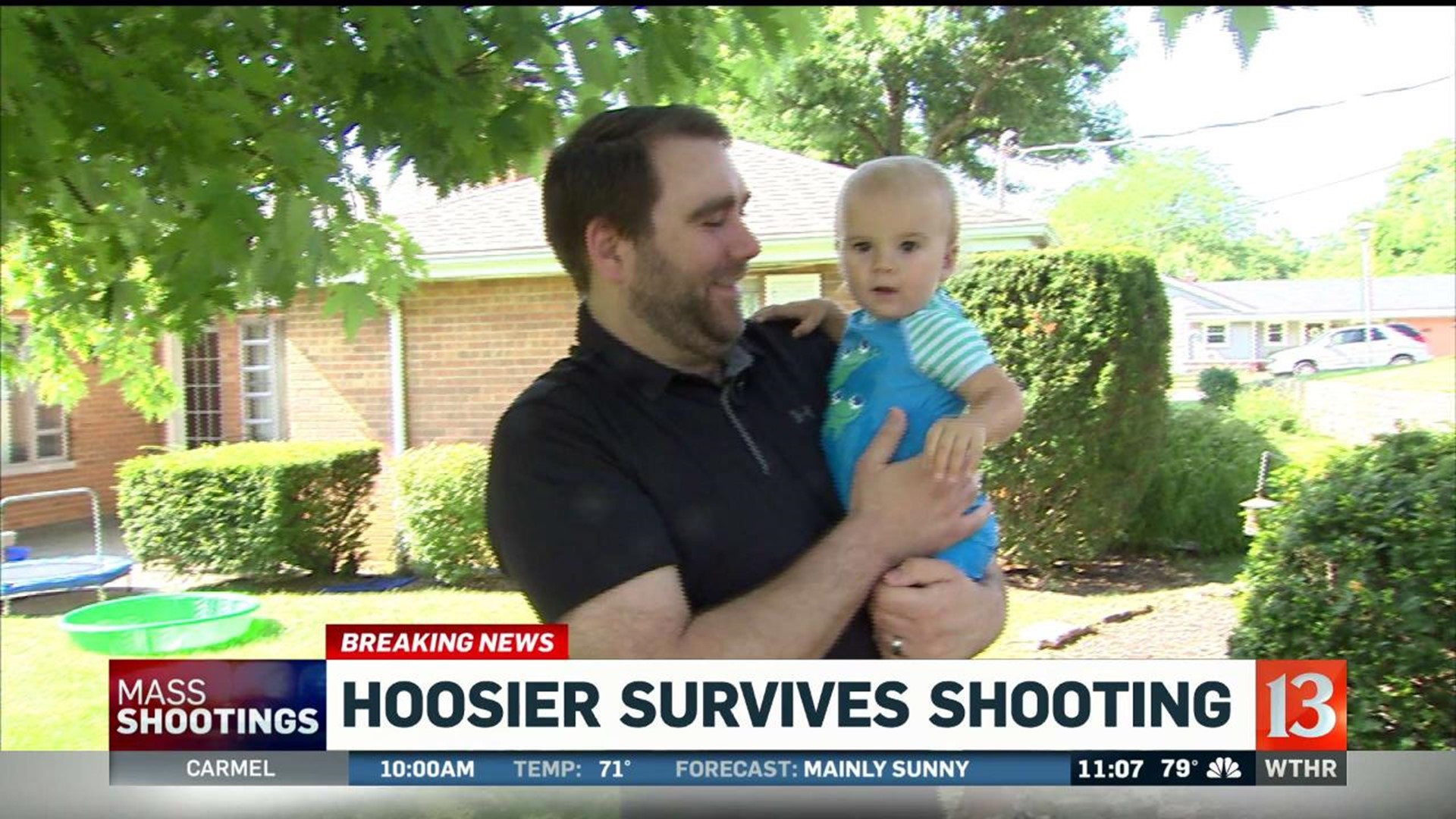 RICHMOND, Ind. (WTHR) – A man from Richmond says he is just relieved and happy to be home after he was in downtown Dayton Saturday night when a gunman opened fire killing 9 people.

Sean Lamb was performing with his band at the Tumbleweed connection on 5th Street right in front of where the shooting happened.

“It’s just after 1 o’clock in the morning and I see something break out and my bass player nudges me,” said Lamb. “I think it’s a fight, so I automatically stop everything and then a guy breaks through the crowd, kind of tackles this girl and says 'get down somebody’s shooting.'"

At that moment, Sean said he didn’t know what to do and wasn’t sure what was happening.

Outside of the bar nine people were being shot and killed on the street. Lamb says the shots sounded so close.

Lamb ducked under stage equipment until the shooting stopped.

The shooter never made it inside, thanks to the quick action of law enforcement who engaged and killed the gunman.

“We were all scrambling outside just to get to our cars and we looked out on 5th Street and there were just bodies everywhere it was unlike anything I have ever seen before,” said Lamb.

He got home to Richmond to his wife and son at about 3 that morning.

“It is a relief. It changed my whole perspective that’s for sure," Lamb said.

Lamb says the experience is difficult to deal with, but at the same time wants to talk about it.

Lamb is radio morning show host on Kicks 96 in Richmond. He says he plans to talk more about his experience in Dayton on his show Monday morning.