Emily Cragen took her 6-week-old son, Drake, to "Mommy and Me Chiropractic" in Carmel after it was recommended by a friend. 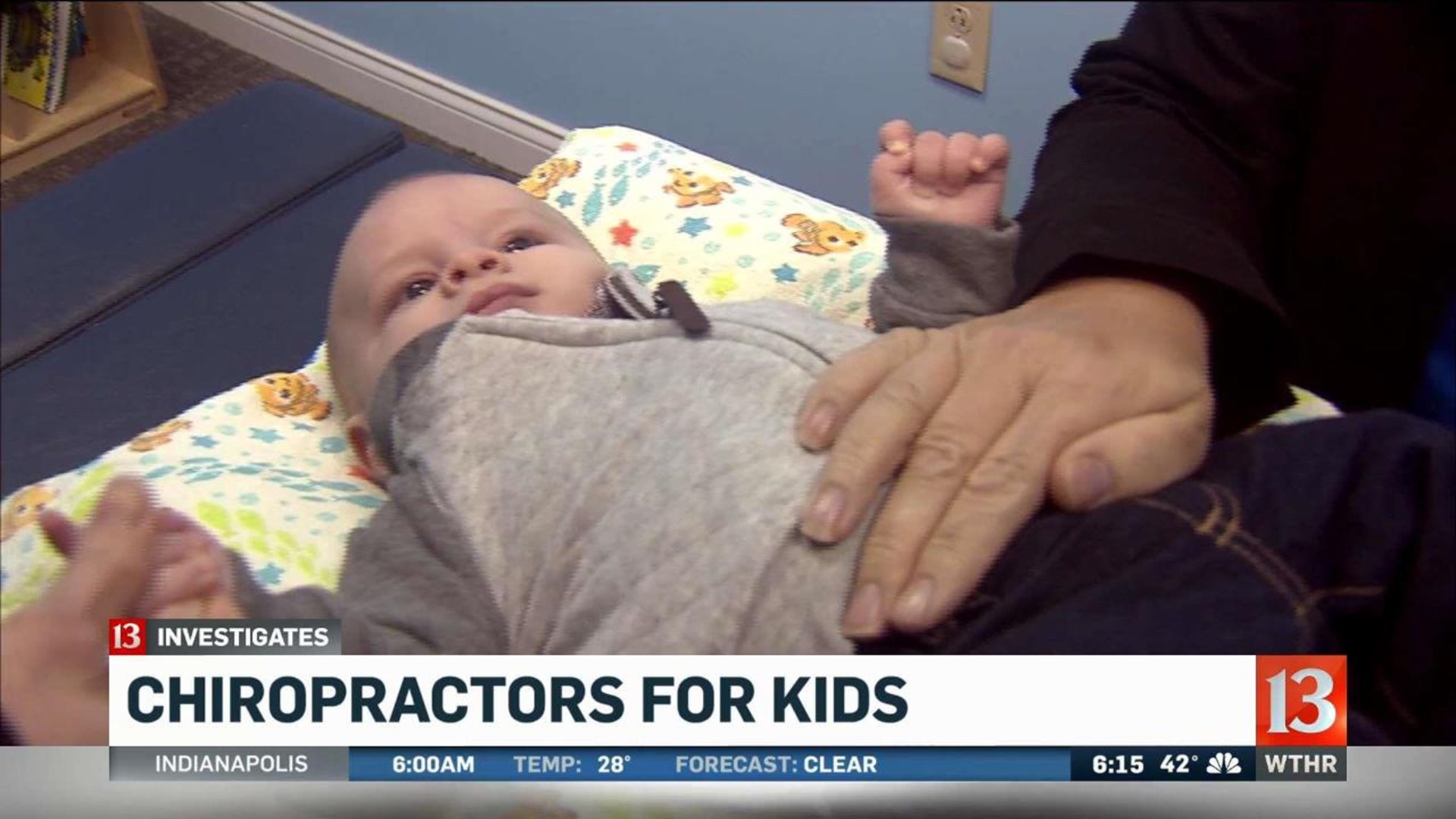 INDIANAPOLIS (WTHR) — A local chiropractor says she's seeing more mothers bring in their babies for treatment. Some may be concerned hearing that, but other mothers swear by it. Now, the medical community is seemingly split on this, but a local mother Emily Cragen tells me chiropractic care is changing her baby for the better. Emily’s four-month-old Drake comes to the chiropractor — sometimes three times a week. Drake’s getting treatments from Dr. Nancy Cooper.

Drake's mom, Emily, said her son had a lot of trouble as a newborn. "Constant fussiness, screaming all day long, arching his back...didn't nurse well, didn't eat well...losing weight. Every day was a battle."

At six weeks, she says Drake was at his worst, which is when a friend recommended "Mommy and Me Chiropractic" in Carmel.

"We'd been through several specialists, through different physicians, and we just couldn't get to the bottom of it,” Emily says. Dr. Cooper noticed a condition called "lip/tongue tie," which she says was the root of Drake's issue. In tandem with a dental procedure, they began chiropractic treatment at six weeks. The process was gradual and the results were slow.

"When a friend mentioned chiropractic care, I'll be honest, I thumbed my nose at it. I thought I don't want to take my baby to a chiropractor; Don't they 'snap, crackle, pop,' right? Well, I could not have been more wrong,” Emily said. "That's probably the biggest fear that I hear from parents is they're very hesitant to come in because they think we're doing that, and that's not how we treat babies,” Cooper said.

Dr. Cooper said it's a very gentle procedure with no "dynamic thrust" that you might see being used to treat adults. She says the only pressure she puts on Drake is a similar pressure you’d apply if you’re holding a nickel. "Their bones aren't even developed yet, so their adjustments aren't your mother's adjustments. It's a lot different. It's very different. It looks like a massage,” Cooper said.

Emily says Drake was eating, sleeping and behaving better after a few weeks of treatment.

Now, not everyone agrees kids should see a chiropractor. Dr. Michael McKenna, a pediatrician with St. Vincent Health, has concerns and says the American Academy of Pediatrics questions the practice for infants and kids.

The AAP states there are risks because of a child's immature stability of the spine.

AAP Statement: "High-quality evidence supporting effectiveness of spinal manipulation for non-musculoskeletal concerns is lacking, especially in infants and children, for whom the risks of adverse events may be the highest because of immature stability of the spine."

McKenna said "families are looking for any way possible to help their child be healthy, which I think is great, and I want them to look for all sorts of things to make sure that their child is as healthy as they can be. I just also want to make sure that they're safe at the time." In contrast, the American Chiropractic Association stated that when administered properly, (the practice) is effective, safe and gentle.

Emily says at Drake's worst she was in his room at night every 30-45 minutes just to soothe him and tells me the adjustments have been life changing.

"For all the moms and dads who are sleep deprived, we know how horrible that can be and to be able to get that sleep for him, now, we're all able to survive."