A local baby who has spent his entire life on a ventilator received a gene therapy infusion that might save and change his life. 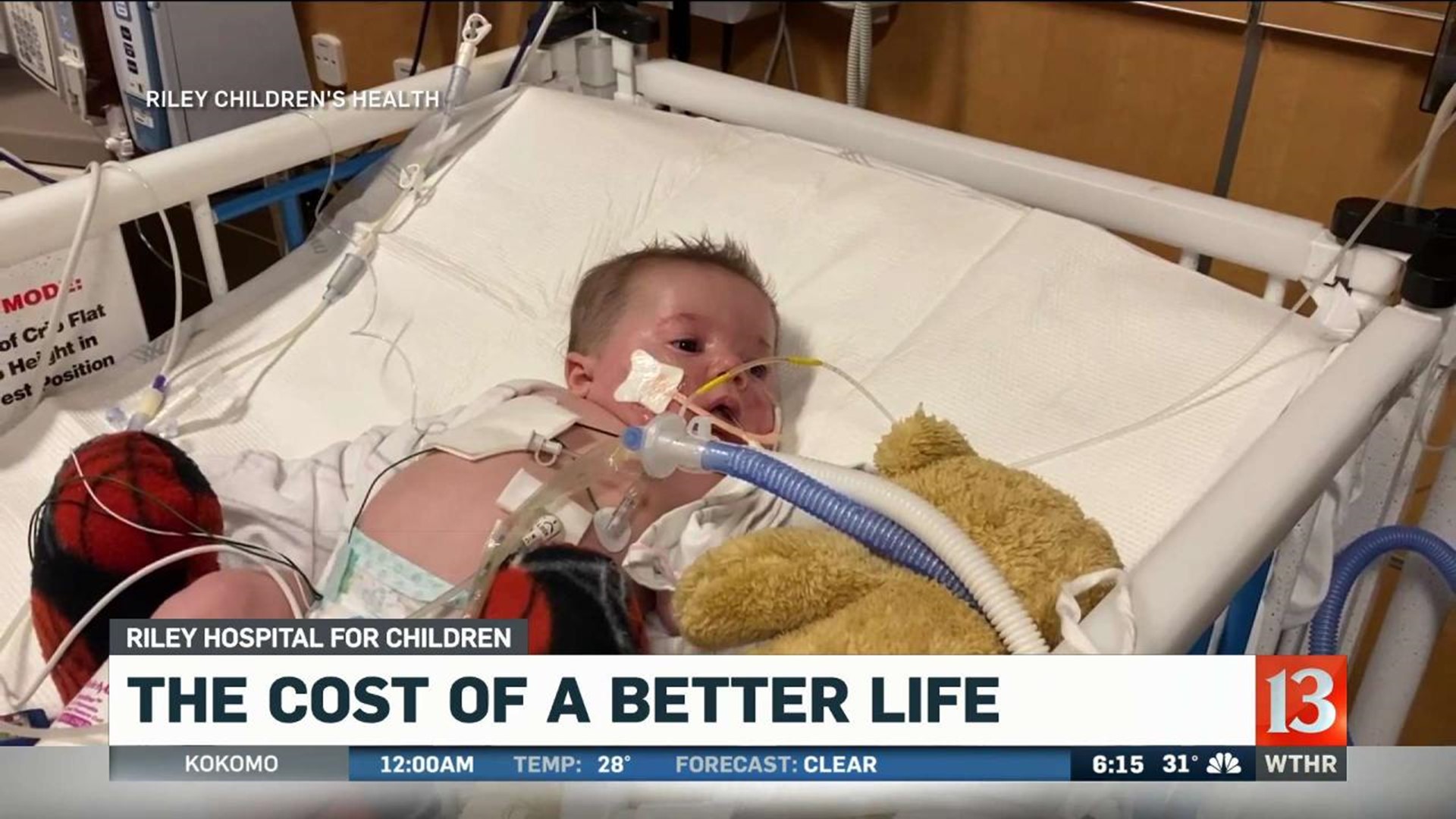 INDIANAPOLIS (WTHR) – Four-month-old Anthony Schmitz has spent his entire life on a ventilator in intensive care at Riley Hospital for Children. But Wednesday he received a gene therapy infusion that might save and change his life.

Zolgensma is a prescription gene therapy that costs $2.1 million for the one-time dose.

The drug has proven effective in treating children with spinal muscular atrophy (SMA) under the age of two.

Indiana Medicaid first rejected the treatment for Schmitz because he was on a ventilator but gave approval on appeal.

"Early diagnosis is key and don't give up,” said Louise Johnson, Schmitz’s mother. “It's not a death sentence, so just keep fighting. It's a baby. Keep fighting."

"I think this was really a group decision that said, 'Yeah, medically this made sense for this child.’ So, the cost kind of fell by the wayside,” said Dr. Larry Walsh, Riley Children's Health Pediatric Neurologist.

Zolgensma replaces the function of the missing or nonworking SMN1 gene with a new, working copy of a human SMN gene.

Without treatment, Anthony's life expectancy was about two years.

"No mom wants to bury their child,” said Johnson, who is from Evansville. “So, I just want to see him grow up with his brothers."

The infusion took just over an hour. But it will be weeks, if not months, before doctors know if the medicine is working for him.

"Even if we can make some smaller difference where we do help his respiratory function, where he doesn't need to be on a ventilator - things like that - that would be a tremendous win I think for he and his family,” said Dr. Walsh.

Schmitz is now part of a handful of babies to receive gene therapy infusion at Riley for the rare, progressive genetic disease.