Workers decided to make and sell 1,000 bags of dog treats with all of the proceeds going to Fisher’s Police Department. 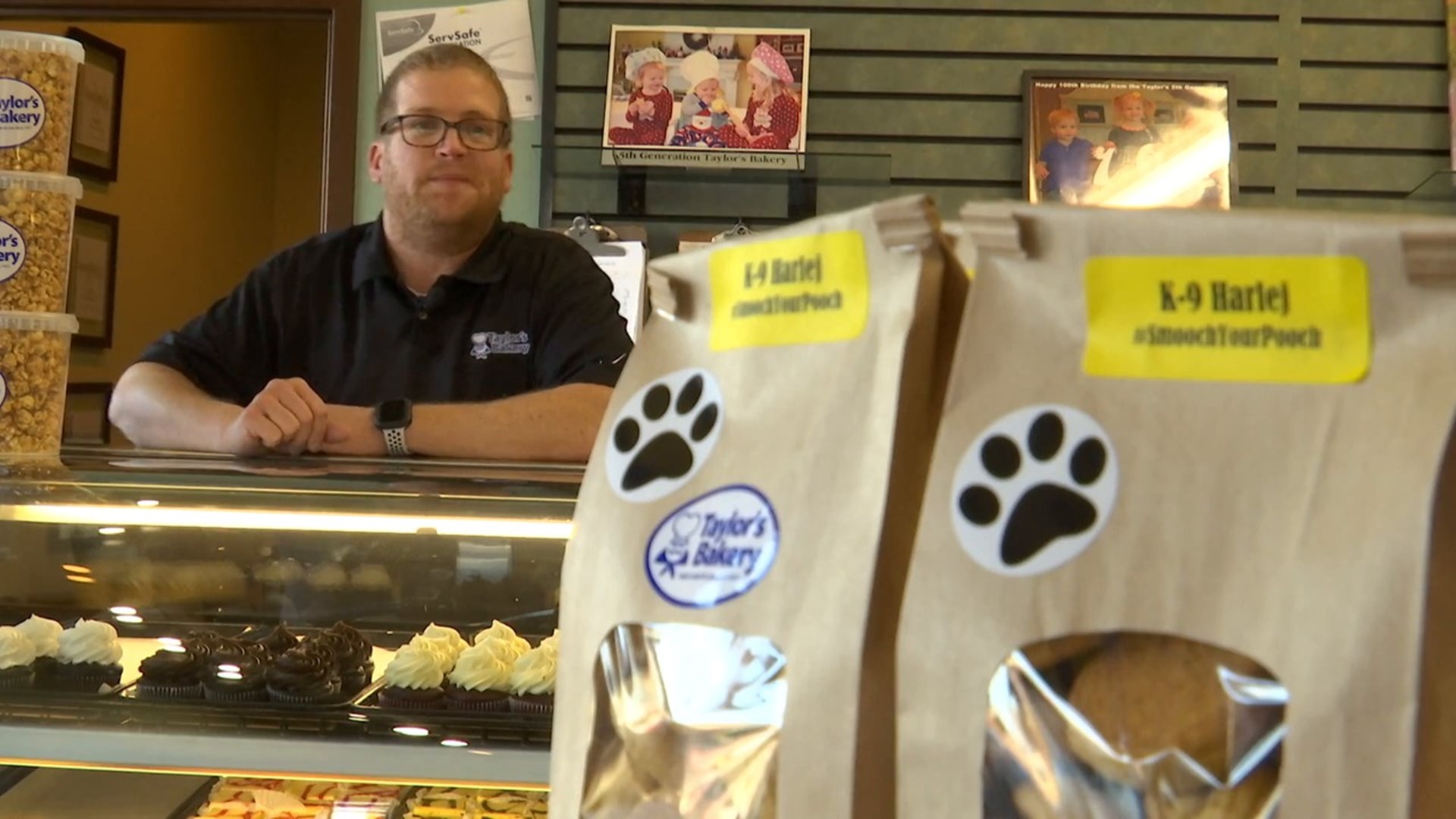 FISHERS, Ind. (WTHR) – It was a non-stop day at Taylor’s Bakery in Fishers Saturday. The shop is known for their cakes and donuts, but most everyone showed up for the dog treats.

After Fishers Police K-9 Harlej was killed in the line of duty this week, managers at Taylor’s knew they wanted to do something to support the department.

Workers decided to make and sell 1,000 bags of dog treats with all of the proceeds going to Fisher’s Police Department. They’re selling each bag for $10.

They posted they offer on social media and all-day people showed up, leaving with handfuls of treats.

In honor of the Fishers Police K-9 who was killed in the line of duty, Taylor’s Bakery is asking for your help. We will be selling 1,000 bags of dog treats for $10 each. Starting Saturday, November 16th, these bags will be available at our Fishers location. pic.twitter.com/JSsRtwz74v

“I think it’s a great tribute. It’s a sad story and it’s touched everyone in Fishers. And I appreciate them doing it,” Nichols said.

Allen said they sold more than 600 bags of treats on the first day and actually ran out.

“We thought it would have a pretty good reach, but had no idea it would go as far as it has,” Allen said.

They plan to continue the fundraiser on Monday.