The late Charles Terry made his dream come true before he died. 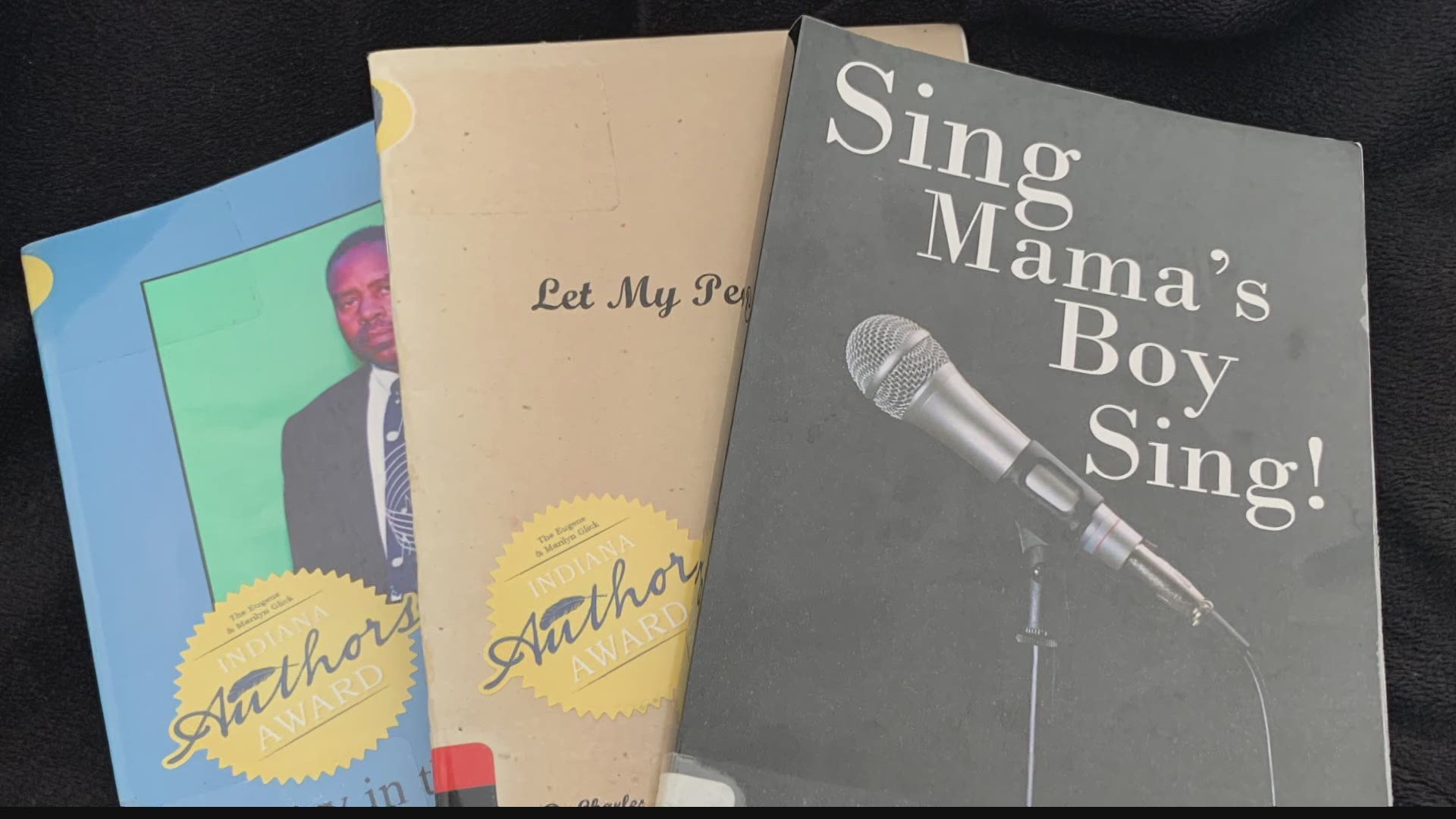 INDIANAPOLIS — Indianapolis resident Charles L. Terry surprised even those people closest to him with his dream of becoming a published author.

He made that dream come true before becoming one of the first Hoosiers to pass away due to COVID-19 in 2020. Three of his books are now published and available at the Indianapolis Public Library.

His close and lifelong best friend, Rick Scott, went on the writing journey with Terry.

"It's incredible for Charles," Scott said. "And definitely well deserved."

Scott and Terry remained friends throughout adulthood after becoming childhood buddies. They did practically everything together in their neighborhood on Indy's near northwest side by Clifton and West 29th streets.

"We were 8 and 10 years old then, and just became inseparable," Scott said.

Everyone knew Charles loved to write. His titles include "Sing Mama's Boy Sing!," "Let My People Go" and "Poetry in the Key of Love," which contains Rick's favorite poem.

"'Honey Brown Love' is my favorite. He sent me a draft of it," Scott said.

Two of Charles' books earned him The Eugene and Marilyn Glick Indiana Author's Award. It's something his wife takes pride in.

Liz Terry shared with 13News that Charles would captivate people by reading them some of his work and then surprise them by saying, "You can check out my books from the library."

Charles would write down his thoughts as soon as they popped in his head. In some cases, he even used napkins or paper towels to write words on so he could capture his thoughts in the moment.

"Just the fact that he won those awards, I am beyond proud only because he deserved it," Liz said.

"I had the honor of reading them as drafts," Scott said. "And I was like, wow, I had no idea he had that kind of talent."

Charles also loved family gatherings. Every chance he got, he read his books to his grandchildren.

Scott hopes one day the same books, now available at the library, will also be in schools.

Even though Terry was in Indianapolis and Rick was in California, they talked every week. The conversations always included Charles reading something new he had written.

There were plenty of times Charles would be ending the phone call, and Rick would insist he could not go before reading to him. Glancing at drafts written by Charles over the years, Rick is impressed that his childhood friend accomplished his dreams of publishing his books and, even more so, getting them put on library shelves.

"The fact that they are in the library, they should be required reading," Scott said.

Charles did so much more than writing books, too. He volunteered at schools, performed vocals at programs across the city and volunteered his time at the local jail.

In fact, before he passed away, Terry worked on a book called "Jail." He had big hopes to inspire young people to stay on the right track and stay out of trouble.