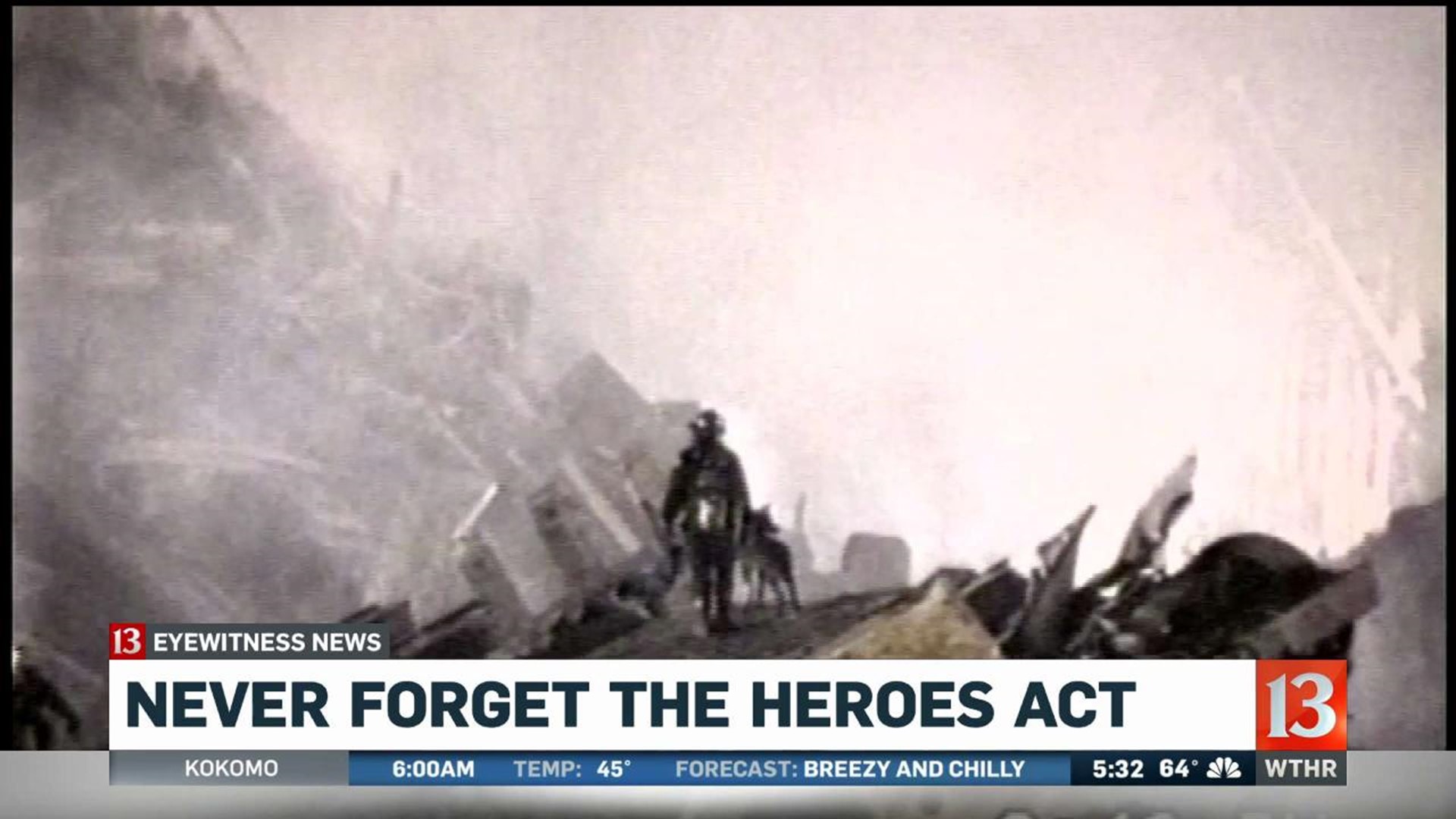 The fund is considered a life saver to rescuers who rushed in the mayhem of Ground Zero and today battle deadly illnesses.

Dozens of Indiana first responders are among them and many of those who are still healthy fear that in time, they will need help too.

The day after the twin towers fell on New York City, Indiana's Task Force 1 search and rescue team was digging through the destruction looking for survivors.

"The biggest thing that was the biggest problem was the dust," retired Task Force Member Mark Rapp said. "When the building's came down they pulverized everything."

Rapp was the Task Force 1 Leader. 13 years afterwards he was diagnosed with lung cancer.

"I went from planning my retirement to planning my funeral," But then Rapp found out he qualified for federal help. "I thought wow, big stress relief, " he said.

The retired Indianapolis Fire Department Captain renewed his love of cars, as he waged a nearly 5 year fight against cancer. He figures the 9/11 Victim Compensation fund paid a million dollars of medical bills.

Is it fair to say this fund gave you a second chance at life? "Absolutely, because there was a grim diagnosis at first," he said.

Task Force 1 program director Tom Neal was also part of the search and rescue effort. "We all kind of realized there was probably going to be some side effects. The long term medical effects are alarming," Neal said.

According to Neal, about two dozen of the 62 task force members who worked for a week at Ground Zero developed cancers, respiratory problems and other illnesses.

"We know we are just in that waiting period to find out are we the next person who is going to get some illness," Neal said.

Rapp is focused on staying healthy and hoping that if he or other 9/11 responders need help, it will be there.

Rapp's most recent medical scans were clear of cancer. He still has a year of treatments and tests.

Many of them are trial therapies and often not covered by medical insurance making the victim's assistance fund even more important survivors.