Due to recent and ongoing violence, community organizations gathered Wednesday morning to provide support to the transgender community. 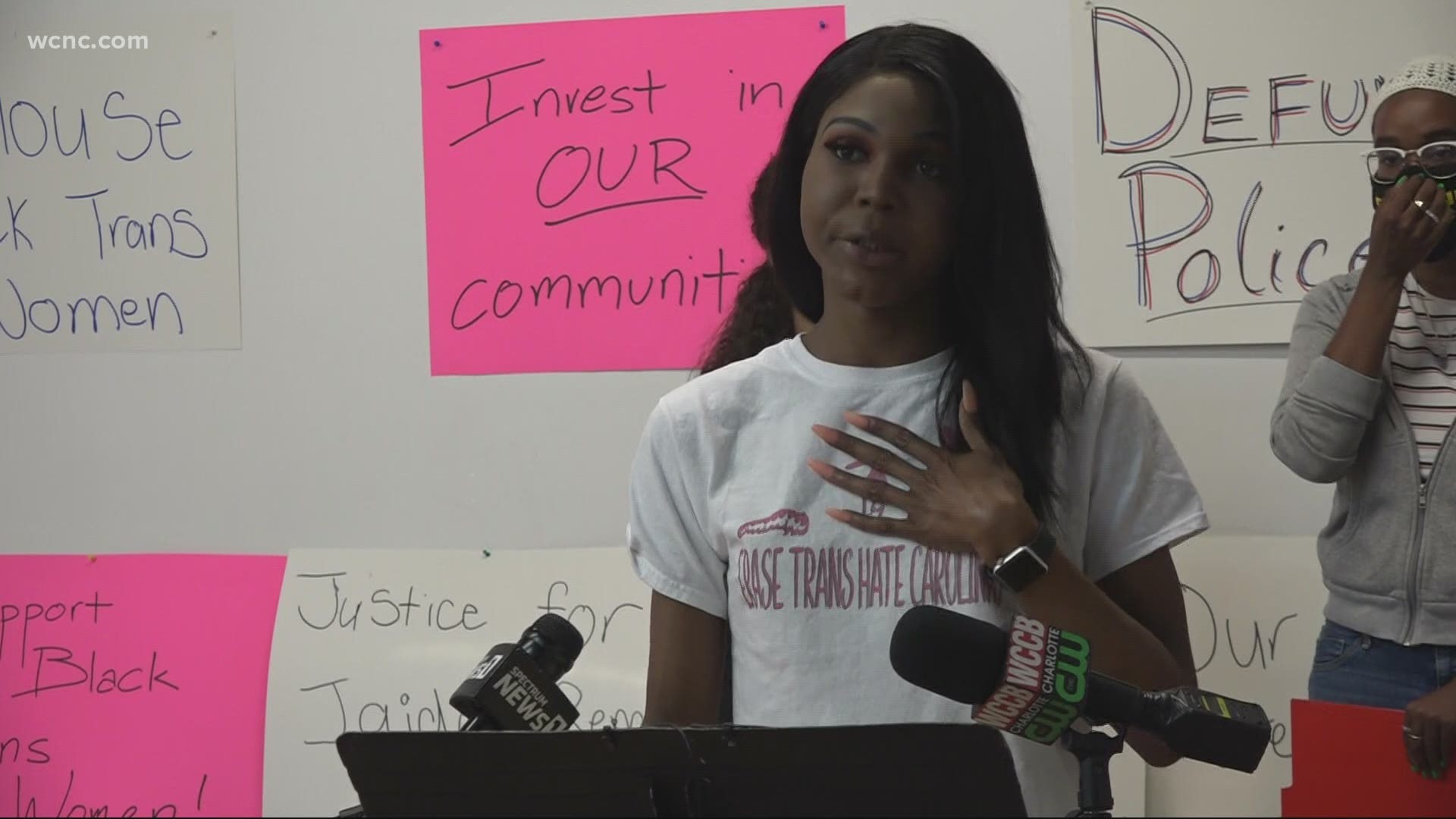 CHARLOTTE, N.C. — According to the Human Rights Campaign, North Carolina is one of the deadliest states for transgender people.

The recent Charlotte murders of Jaida Peterson and Remy Fennell bring light to concerns over the safety of transgender people in the community.

Due to recent and ongoing violence, community organizations gathered Wednesday morning to provide support to the transgender community in Charlotte.

The main message coming out of the press conference was that Black transgender women deserve better and that the most recent victims were talented and loved.

Community organizations are now calling for a stop to the violence.

"I now walk around looking over my shoulders in fear of my own life because the support in the justice system isn't for the trans girls, especially of color," Erase Trans Hate Carolinas founder Moriah Ferguson said.

Peterson and Fennell were both shot and killed at two different hotels, both were trans women of color. Their deaths are part of a disturbing trend.

"Their deaths were preventable," programs manager for Charlotte Pride Nada Merghani said. "This city is not safe for trans folk and Charlotte has been an epicenter of violence against and to Black trans people for years."

According to the Human Rights Campaign, at least six Black trans women have been murdered in Charlotte since 2016. This year, there have been at least 15 anti-trans murder victims.

"It is entirely unacceptable that these truths ever ring true in our community," director of education policy for Equality NC Rebby Kern said.

Advocacy groups say discrimination leaves trans people without jobs or a place to live. Now, the LGBTQ community is calling for action.

They're pushing for equal opportunities and say they won't give up their right to live as who they are.

Campaign for Southern Equality, Charlotte Pride, Equality NC, and Transcend Charlotte have immediately committed $10,000 to support housing, food, and other emergency needs. The organizations are challenging community members to match their commitment with an additional $10,000.

All funds raised will be directed to the grassroots organizations Charlotte Uprising, Feed the Movement, and House of Kanautica, which are providing on-the-ground direct services to Black trans women in Charlotte. Donations can be made through Equality NC at https://equalitync.org/CLTrelief and Charlotte Pride at https://charlottepride.org/relief.