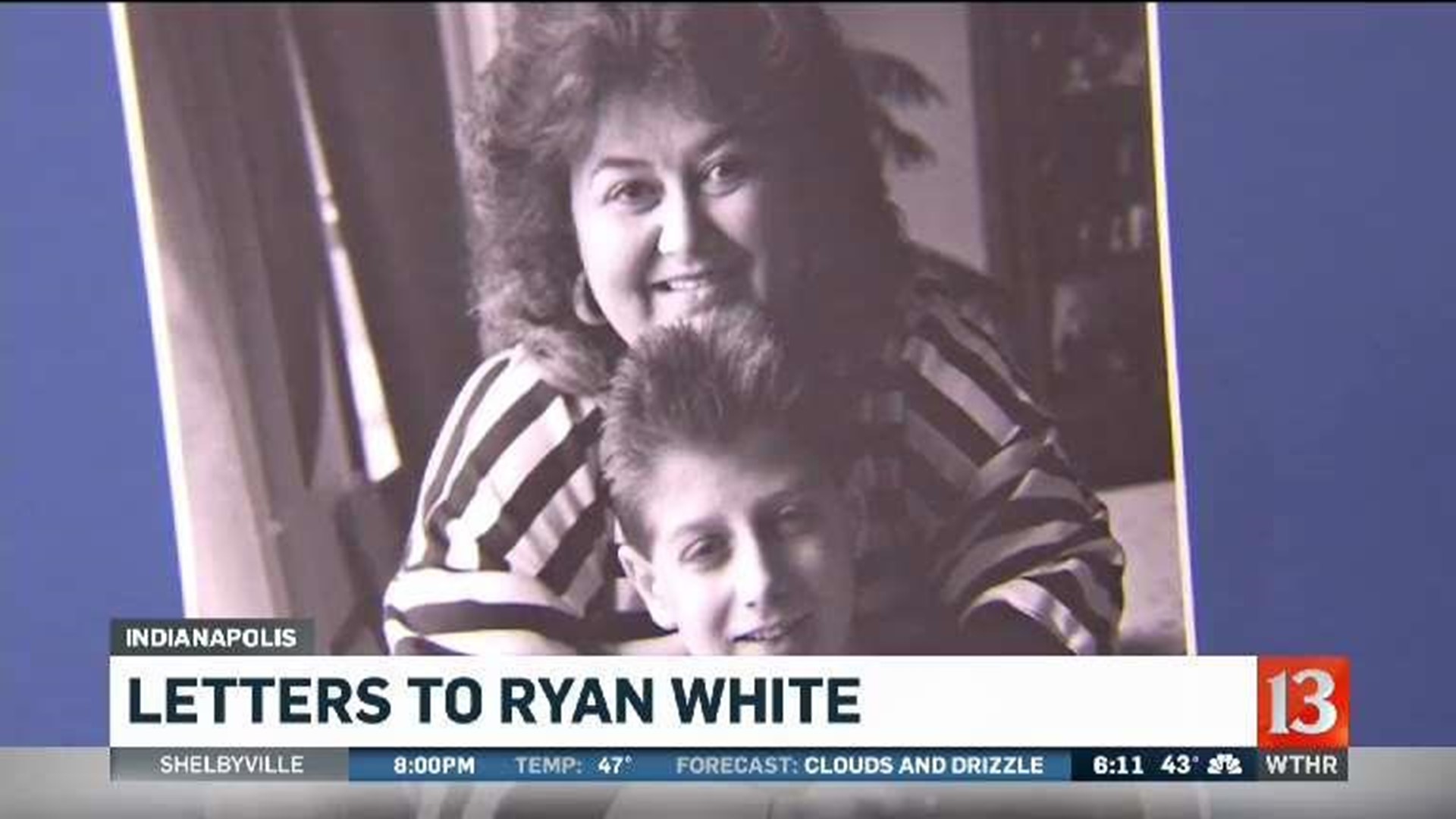 It's all part of a research project to shed light on public sentiment during the height of the AIDS crisis in the 1980s.

The Children's Museum over spring break is always a circus, but amidst all the noise and fun, there is learning.

"I am just a mom. Just like you moms out there and Ryan was just a kid just like you kids," Jeannie White-Ginder stated to a small group of people crowded around her at the museum.

Even as she says the words, you realize Ryan White was not just a kid.

"I saw him on television and something pulled me in about him. I don't know what it is. He was a good kid," one woman shares with White-Ginder as she sits down beside her for a picture.

In the 1980s Ryan was the poster child for AIDS. He was taunted, bullied, mocked and feared.

"Ryan would be shocked 25 years later that kids are still learning his story," she continued.

The kids made the trek from Vincennes, where Ryan White's book is required reading.

"He was shunned. He wasn't allowed to go to school. It feels like we need to understand and education is the key. If you understand what is going on, you can accept it a little better," teacher Danielle Carter shared as her class huddled around her.

"I want to learn what he went through. I want to change all that hatred toward him," seventh-grader Maddisyn Halter said.

"It makes me so thankful for how everything is now. How experienced we are and how Ryan was able to spread knowledge about AIDS," said another seventh-grader, Meredith Weiss.

Jeannie White-Ginder is teaching children about her son's legacy at the Children's Museum of Indianapolis.

The Museum now also has an archive of nearly 6,000 letters children wrote to White at the time and for the next three days, they have his mother to put it all in perspective.

"I think just having education, kids can make a difference. It's not right to make fun of someone just because they are different," White-Ginder said of her son's legacy. "I asked him why he was looking forward to meeting Elton John. I said, 'Why Elton John?' and he said because he is not afraid to be different."

Ryan was forced to be different and because of that, he is still inspiring kids 25 years after his death.

"By letting kids know they can make a difference by standing up to bullying, by not agreeing with everyone else because they all agree to it," his mother explained.