Oxford Pennant, Ace Flag, and M&T Bank decided the best way to celebrate the Bills being atop the AFC East was with pennants atop Buffalo's tallest building. 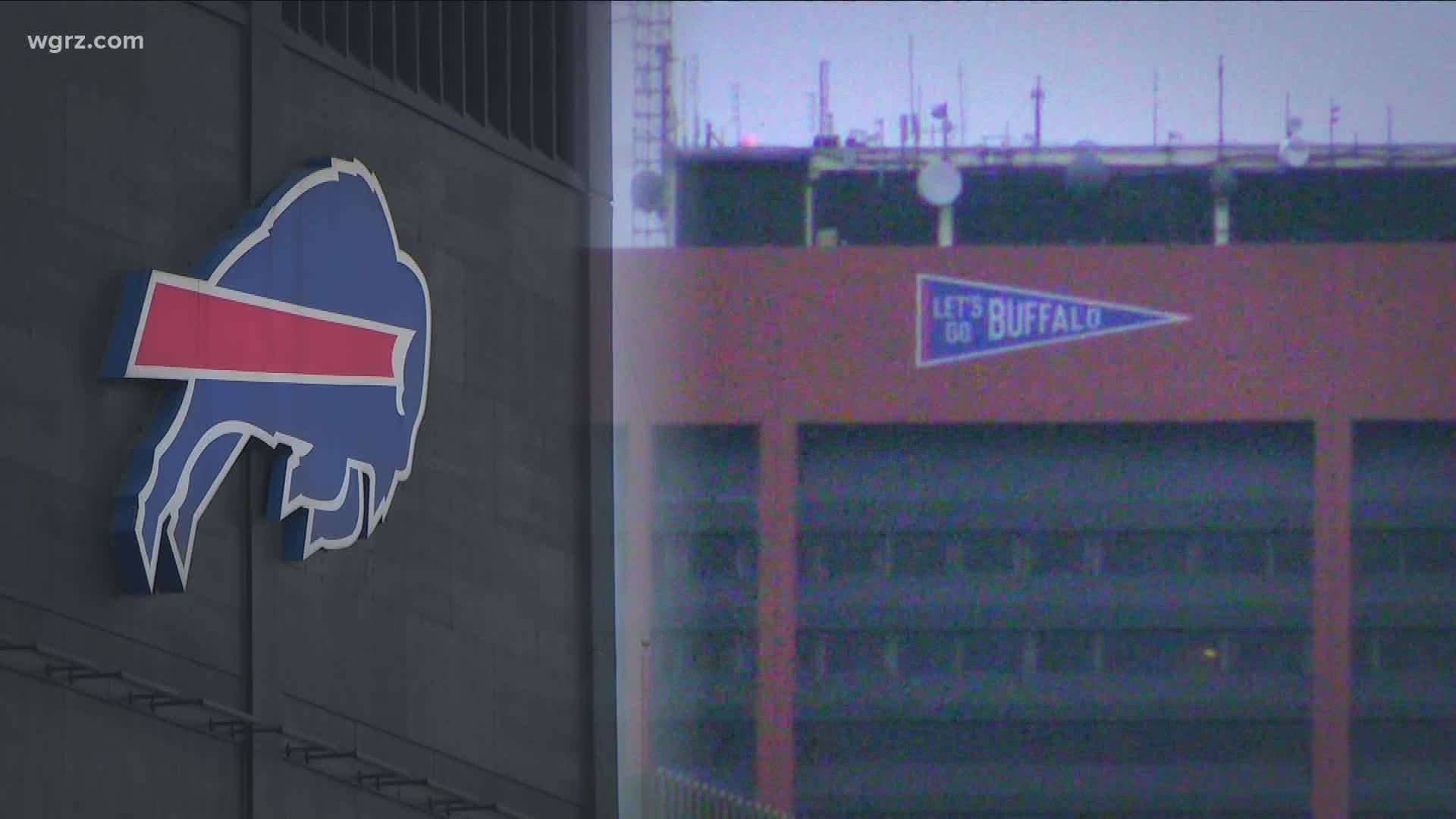 BUFFALO, N.Y. — If you're driving or walking around downtown Buffalo, you might notice the city's tallest building has some new decor.

There are four giant 40-foot-long pennants adorning Seneca One Tower.

Buffalo-based Oxford Pennant, Ace Flag, and M&T Bank decided the best way to celebrate the Bills being atop the AFC East was with pennants atop Buffalo's tallest building.

"The Bills go big for Buffalo, so Oxford Pennant went big for the Bills," said Dave Horesh, co-founder of Oxford Pennant, said in a statement.

"It's been an incredibly difficult year for so many in our community, and the Bills have been a source of happiness. We want people to see this and unite in our excitement and pride in our hometown during this special time for our team and region."

The "Let’s Go Buffalo" pennants were designed by Oxford Pennant and produced by Ace Flag, and they cover all four faces atop the tower.

The news of the massive pennants come one day before the Bills' regular-season finale, against the Miami Dolphins.

"When we as die-hard Bills fans began the redevelopment at Seneca One, we wanted to build a community hub for everything from technology to entrepreneurship, culture, and programming," Greg Baker, the director of development at Douglas Development, said in a statement.

"When Oxford Pennant approached us with this idea, we knew immediately that it would be something to boost the region and we wanted to be a part of it."

For the rest of the season, Oxford Pennant said it will donate a portion of the proceeds from its playoff pennant and all Buffalo Collection sales to benefit the Oishei Children’s Hospital.

Diggs leads the NFL and holds the Bills' single-season records with 120 catches for 1,459 yards. https://t.co/zg23nuh6lz