Legal in Indiana? Governor and AG disagree on CBD

Indiana’s governor continues to contradict the state attorney general when it comes to CBD oil. 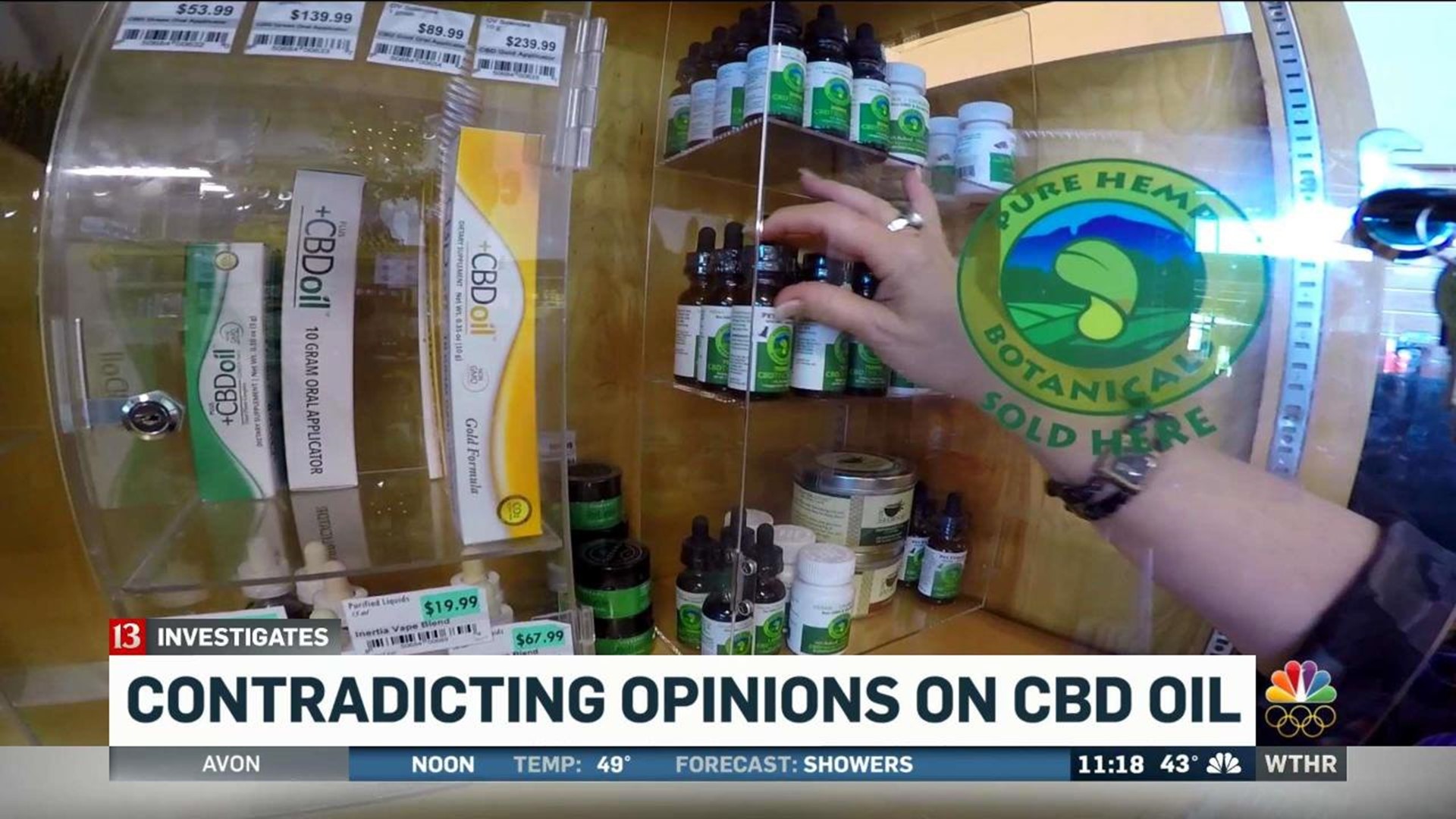 Yesterday -- one week after Attorney General Curtis Hill released an advisory opinion declaring CBD oil illegal in Indiana – the governor released a statement that suggested some types of CBD oil were still permissible:

“Applicable law and opinions guide me to direct the Excise Police to perform normal, periodic regulatory spot checks of CBD oil products, focusing on those products which contain any level of THC. Because CBD oil has been sold in Indiana for several years, the excise police will use the next 60 days to educate, inform and issue warnings to retailers so there is a reasonable period of time for them to remove products that contain THC. In the meantime, the General Assembly will have the opportunity to review existing CBD oil laws, as well as labeling requirements, while no confiscation of products occurs.”

THC is an active compound in cannabis plants (commonly referred to as marijuana) that causes a high sensation. While CBD oil also comes from a cannabis plant, it usually contains little or no THC and causes no high at all.

Wednesday morning, Eyewitness News had a chance to speak with Gov. Eric Holcomb to clarify his statement on CBD oil. Are CBD products that contain no THC still legal in Indiana?

“Absolutely. Absolutely,” the governor replied. “So CBD oil will still be bought and sold in the state of Indiana.”

That perspective is very different than what the attorney general told 13 Investigates last week.

“If a CBD oil has zero THC in it, is it still illegal in Indiana?” Eyewitness News asked.

“It is at this point. It's still a matter of definitions in terms of whether or not this particular substance qualifies as marijuana. Currently it does under our review,” Hill said just moments before releasing his advisory opinion.

The differing views make a big difference to retailers across the state, who are trying to figure out if they can keep some CBD products on their shelves.

It also makes a difference to thousands of families who are using CBD oil – some containing no THC – to treat chronic pain, anxiety and a variety of other medical conditions.

For people like Mamadou Ndiaye, the difference could determine whether he is convicted of a crime. Ndiaye is facing criminal charges for simply possessing a bottle of CBD oil in Hamilton County. 13 Investigates sent that CBD oil to a certified lab for analysis, and results showed the brand of CBD that was confiscated from Ndiaye contains no THC at all. He has a trial date set for February.

The issue is now headed to the state legislature to sort things out. At least three different state lawmakers tell Eyewitness News they plan to introduce bills in January that would make CBD oil legal in Indiana. Several other states have already passed laws that legalize CBD oil for all residents.

Indiana passed a CBD law earlier this year that legalized the product for certain epilepsy patients who suffer from non-treatable seizures and who register on a CBD oil registry maintained by the state health department. About 60 Hoosiers are currently enrolled on that registry. It is believed thousands of Hoosiers are currently using CBD without legal protections granted by other states.

“Use of the product could provide consequences, so that’s the risk people take,” Hill told WTHR last week. “You’re doing so at your own risk.”