Lebanon's schools put its officers out front Thursday morning, meeting students and parents on the first day of class. 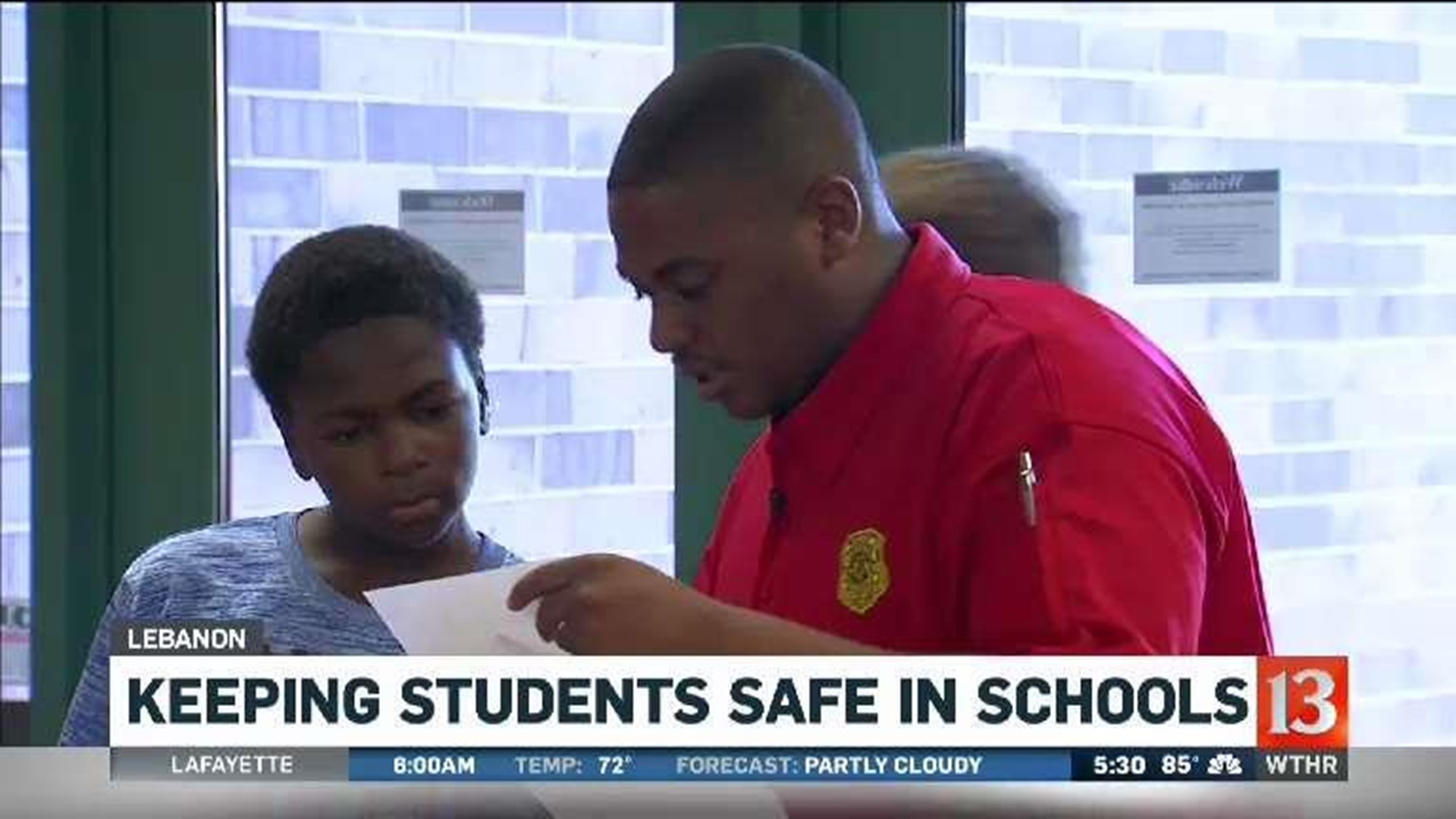 LEBANON, Ind. (WTHR) - Boone County school students have more police than ever watching their backs. Every school now has its own fulltime police resource officer.

Lebanon's schools put its officers out front Thursday morning, meeting students and parents on the first day of class.

Since a school shooting in Noblesville, there’s been a rush to put more cops in classrooms. Lebanon Schools hired several resource officers.

Eyewitness News went to school with Officer Roderick Stanback see how he and others are expected to protect children and save lives.

As Roderick, teachers and other school workers welcomed kids and parents back to Lebanon Middle School, there were hi's, handshakes, high-fives, hugs and a little drama.

We asked Stanback if he was at all nervous about the first day of school.

“Yes," he answered, with serious look.

The recently-hired school resource officer said he has a lot to learn from 850 children and their teachers.

“I have to know all the kids, new friends,” he explained. “They don’t know me. I have to put myself out there and get to know everybody. It is eyes on me to make sure these kids get home safe and the staff gets home safe.”

Inside the school, he patrolled the hallways while students were in class. While they rushed from class to their lockers and onto the next class, he was in the middle of the mayhem. Looking for problems and once again trying to get to know “his” students.

A trained police officer, Stanback carries a radio, a gun and wears a body armor. He received additional training to become a school resource officer.

“You learn coping skills, how to de-escalate situations in classrooms, mostly hands off stuff, more communication,” he told us. He said they were things he wasn't taught at the police academy.

The officer’s job is to earn the trust of students and learn their habits, hobbies, and relationships. He will be looking for leaders, followers and loners.

“If you got a thousand kids sitting over here and one kid sitting alone, that’s a trigger for me,” he said “I am going to find out what is going on with him.”

At a previous school, bullies were a big problem. “A lot of kids would tell me they are picking on me, doing this to me,” Stanback said.

A resource officer’s job is to see and hear what teachers and security cameras can’t and, when necessary, intervene, get the student help and prevent a crisis.

“Having a good relationship with an officer, that’s the safest thing in a school,” Stanback said. “They will tell you anything.”

And if anything does go wrong there will be police officer already patrolling hallways, ready to respond. That’s something Lebanon school administrators want people to know. The mere presence of police and their patrol SUV parked out front may be a deterrent to someone intent on causing trouble or harming students.