Cameras installed on a Lebanon Schools bus in march have already captured 15 motorist violations on bus route where motorists near Interstate 65 and State Road 39 often ignore the stop arms. 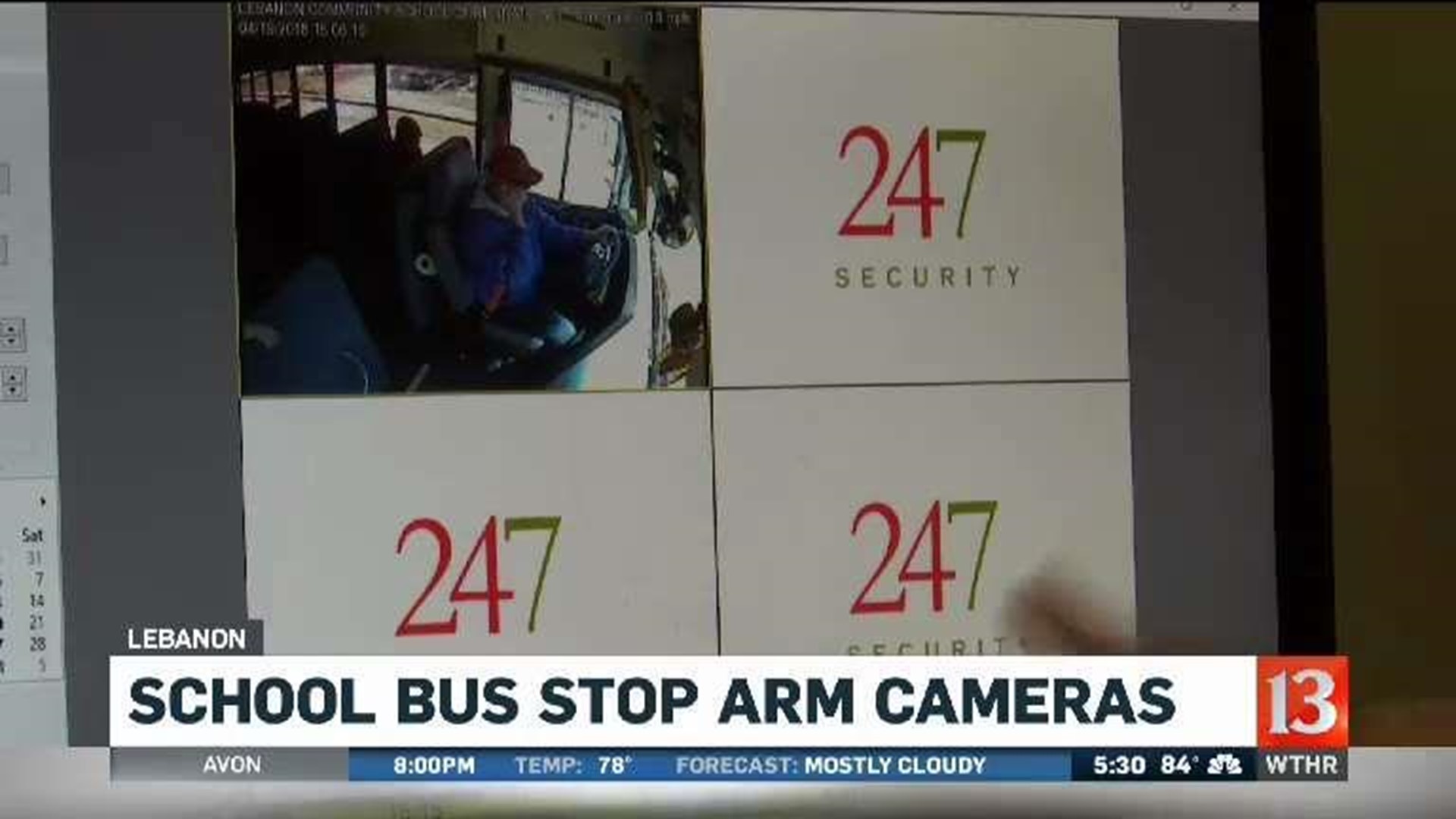 LEBANON, Ind. (WTHR) – On April 25, 2017, Indiana school bus drivers reported in just that single day, 2,280 motorists ignoring and passing through stop arms as children boarded or unloaded buses. Concern for student safety on the ride to and from school prompted Lebanon Community School Corporation to install cameras to catch violators.

Lebanon Schools installed stop arm cameras on a pilot study bus on March 15 of this year. Those cameras have already captured 15 motorist violations on bus route where motorists near Interstate 65 and State Road 39 often ignore the stop arms.

"I think it's probably drivers aren't paying attention," said Jen Todderud, Lebanon Community School Corporation Director of Communications. "Drivers are in a hurry. They don't want to stop and so they're going around and thinking it's not a big deal. We obviously want to avoid any sort of accident."

No Lebanon students have been struck by a vehicle, but Todderud says there have been close calls.

"I think that those really got to our director of transportation. I know she says when people are coming home from a route and they say how close some of these calls were with drivers passing during a stop arm they have to actually pull kids back to stop them from stepping out."

One stop arm violation captured on video shows two vehicles ignore the flashing stop arm. Cameras mounted on the side of the bus shooting forward and backwards show the cars pass by the stop arms coming and going.

The Lebanon school board voted to buy 39 camera systems for every bus in the district at a cost of around $44,000.

"It's why we do everything," said Todderud. "The first priority is the safety of our kids. We aren't going to compromise that for the convenience of anybody, for anybody who's running late, or doesn't feel like they need to stop. Ultimately, we want to make sure that our kids are safe and secure not just in our buildings, but on their way to school and on their way home from school."

The video of violators is forwarded to the Boone County prosecutor, including vehicle information and license plate numbers. Drivers can face misdemeanor charges.

"We do believe that our evidence is sufficient enough to prosecute those offenders," said Todderud. "It's kind of like a toll booth situation. A car that drives through a toll, you don't always know the facial recognition of the driver, but they can still send a ticket to that car."

Lebanon schools plan to have the cameras installed on every district bus this summer and ready for the start of next school year.