David Washington whipped up his special sauce by accident while trying to make a teriyaki sauce to put on chicken. 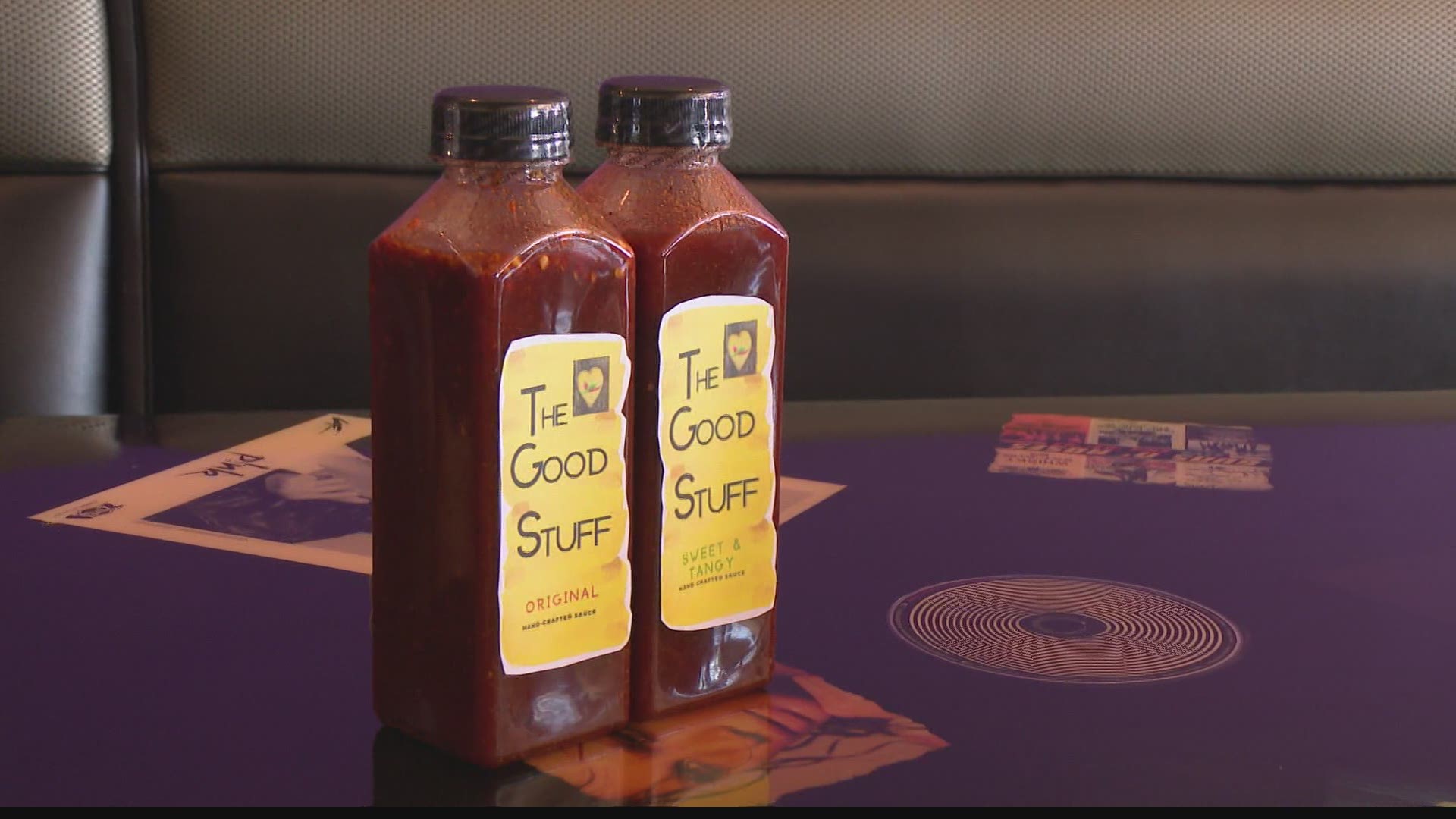 INDIANAPOLIS — A Lawrence teen — who hasn't even finished high school yet — is already getting a crash course in running his own thriving business. The secret ingredient to the 15-year-old's success? A special sauce that he whipped up on accident.

Now, David Washington's growing list of customers can't seem to get enough of "The Good Stuff."

"I mean, I was just in the kitchen, you know, just doing my thing, and I was trying to make a teriyaki sauce that I could put on my chicken" David said. "We didn't have the stuff for it, so I just started throwing stuff together, and this came about."

That tasty mistake is what's now known as The Good Stuff, a special sauce that David proudly said goes on anything.

Credit: WTHR
"The Good Stuff" comes in two flavors: original (if you like a little spice) or sweet and tangy.

After rave reviews from his family and friends, he mastered the recipe, bottled up his special sauce and is in now in business for himself.

He has his mom, Alycia Washington, to thank for the name.

"Whenever people would try it, they would say, 'Oh, that's good stuff!' And so I said that would be a really good name: The Good Stuff," Alycia said.

According to Alycia, David was part of a local entrepreneurship program over the summer that was similar to the show "Shark Tank" but for teens.

"That gave him the confidence I think to really start asking questions about the business side and how he could do that, and then we just kept going," Alycia said.

The big game-changer for David happened when his mom shared the good news of The Good Stuff on Facebook, which caught the attention of the owners of Rockstar Pizza. The Brownsburg restaurant offered to let him sell the sauce there.

"And man, we sold out" said co-owner Ron Matthews. "We did it on a Sunday. We tried to do it on a slow day. A couple people came in early, tried the sauce and then it just kind of snowballed from there."

By popular demand, customers can now order The Good Stuff on pizzas, subs, or a crowd favorite, the wings.

Bottles of The Good Stuff are also available — so long as it's not sold out.

With each bottle he sells, David is looking forward to seeing just how far his saucy success will take him. He has dreams of, one day, owning his own industrial-sized kitchen to manufacture his sauce for even more customers.

"I can't wait. I'm trying to see where it goes," David said. "It's the beginning of the year, so I don't what will happen further down, and I feel like the people around me are really proud of me."

Click here to purchase a bottle of The Good Stuff. It comes in two flavors: original (if you like a little spice) or sweet and tangy.

RELATED: The Cooking Couple: To be great cooks, they first had to be great spouses

RELATED: Best You: Selecting the right plate may keep you from seeking seconds