Edgar Harrell was considered a hero among his shipmates who helped guard components of the atomic bomb while he was aboard the USS Indianapolis. 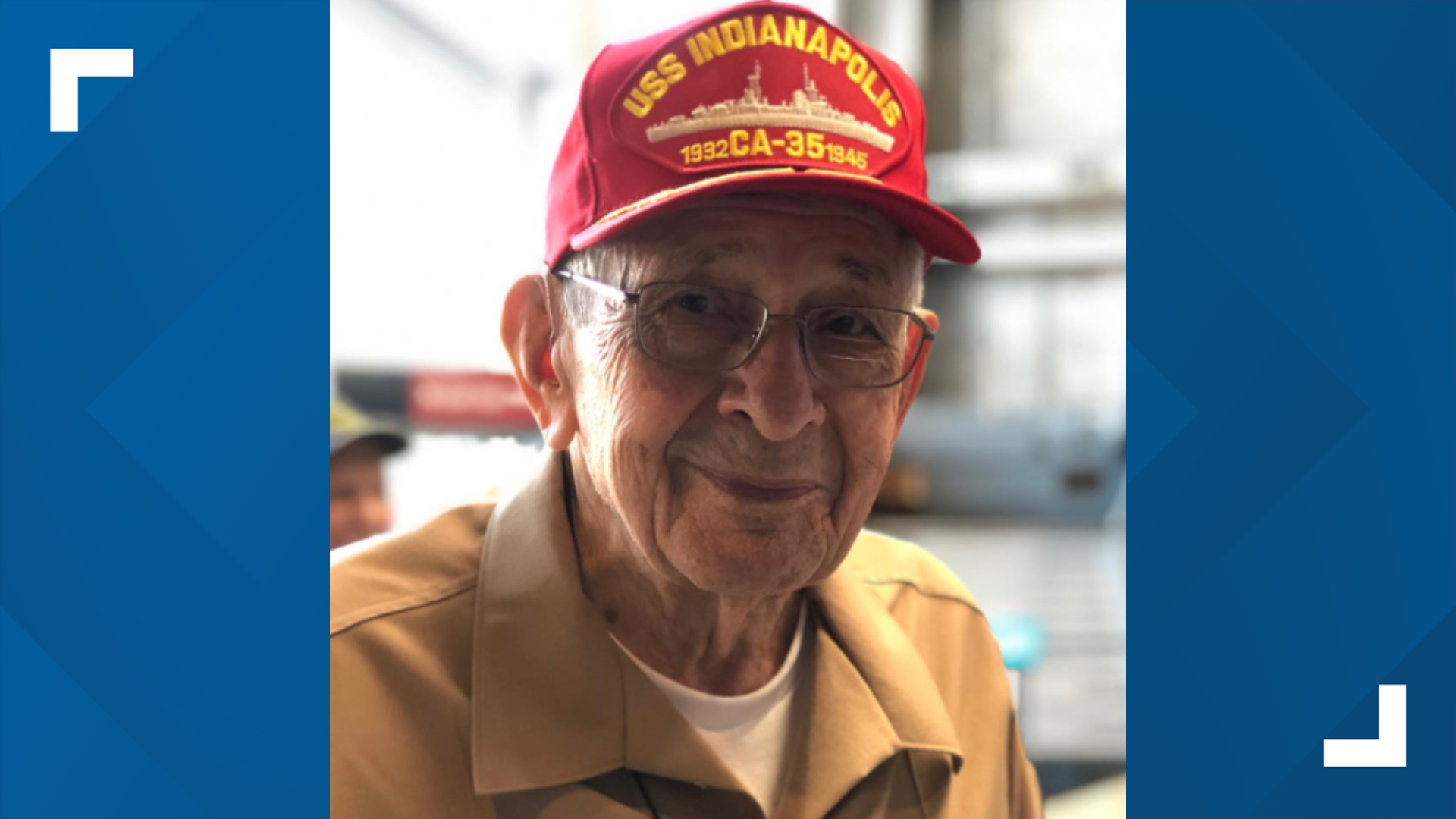 INDIANAPOLIS — The last surviving Marine who was aboard the USS Indianapolis when it sunk during World War II has died at the age of 96.

According to the official USS Indianapolis Facebook page, Edgar Harrell died Saturday. James Smith, who served the longest aboard the ship, died earlier this week. This means, of the 316 survivors, only five remain.

The USS Indianapolis was sunk by a Japanese Navy submarine in July 1945. Around 300 people went down with the ship. The remaining 890 faced dehydration and shark attacks while stranded out in the ocean.

"During his time aboard ship, he helped guard components of the atomic bomb," the Facebook post said. "After the torpedoing, he was a hero amongst his shipmates."

Harrell traveled the world sharing the story of what happened to his ship and shipmates.

The Facebook post said Harrell will be missed for his "passionate telling of the rescue story, and how he felt the Lord’s comfort throughout the ordeal."

He and his son David wrote a book titled "Out of the Depths" about the sinking.