Large pileup shuts down I-65 near Whiteland 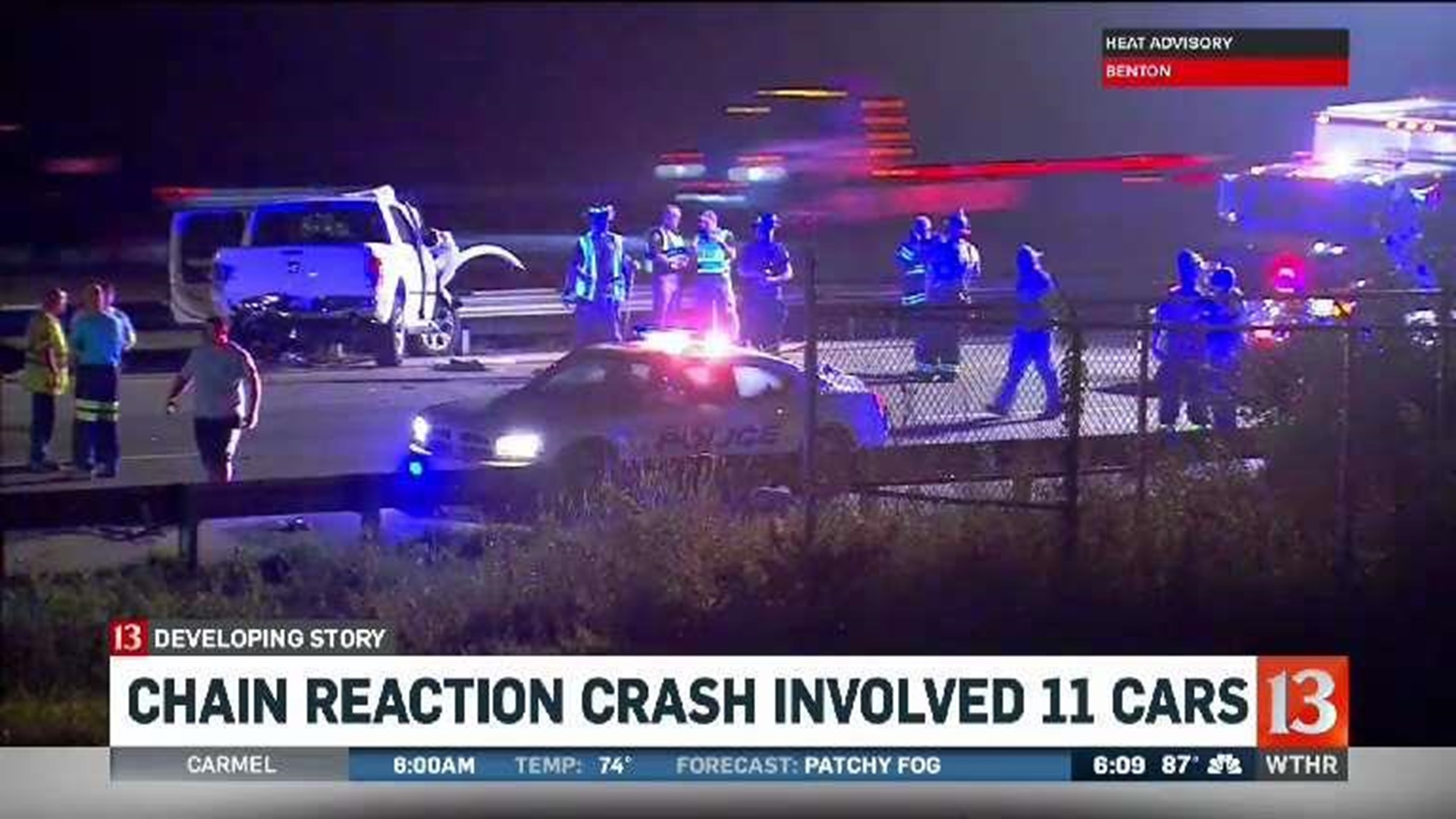 Police say a southbound pickup truck struck a slower-moving tow truck in the left lane, starting the chain reaction crash. The driver of the pick-up was flown to IU Health-Methodist Hospital in critical condition, but is expected to survive, according to an update Sunday afternoon from State Police.

As police and medical personnel sorted through the crashes, they determined a total of four people needed medical evaluation.

Initial reports from the scene indicated at least ten, and as many as 15 people sustained injuries - several deemed critical by first responders.

Please avoid the area of I65 and Whiteland Rd. Multi-vehicle crash with several patients critical. Please allow law enforcement and medical personnel to do their job.

By Sunday afternoon, police had a better accounting of the crash and injuries. In addition to the pickup driver, who police have not identified, three others were taken to area hospitals by ground ambulance. None of those three had life threatening injuries.

State Police investigated and reported that after the black pickup collided with the tow truck, it was struck by a third vehicle from behind.

After the pick-up spun and came to rest in the road it was struck again by a box truck.

There were only four vehicles involved in the collision, however, several other vehicles struck debris in the roadway, causing more damage.

All southbound lanes of I-65 were closed for approximately three hours while the crash was investigated and the wreckage was removed.

Check back for updates as more information becomes available.