The project promises millions of dollars in revenue, but some neighbors are worried about adding too many more warehouses in Whiteland. 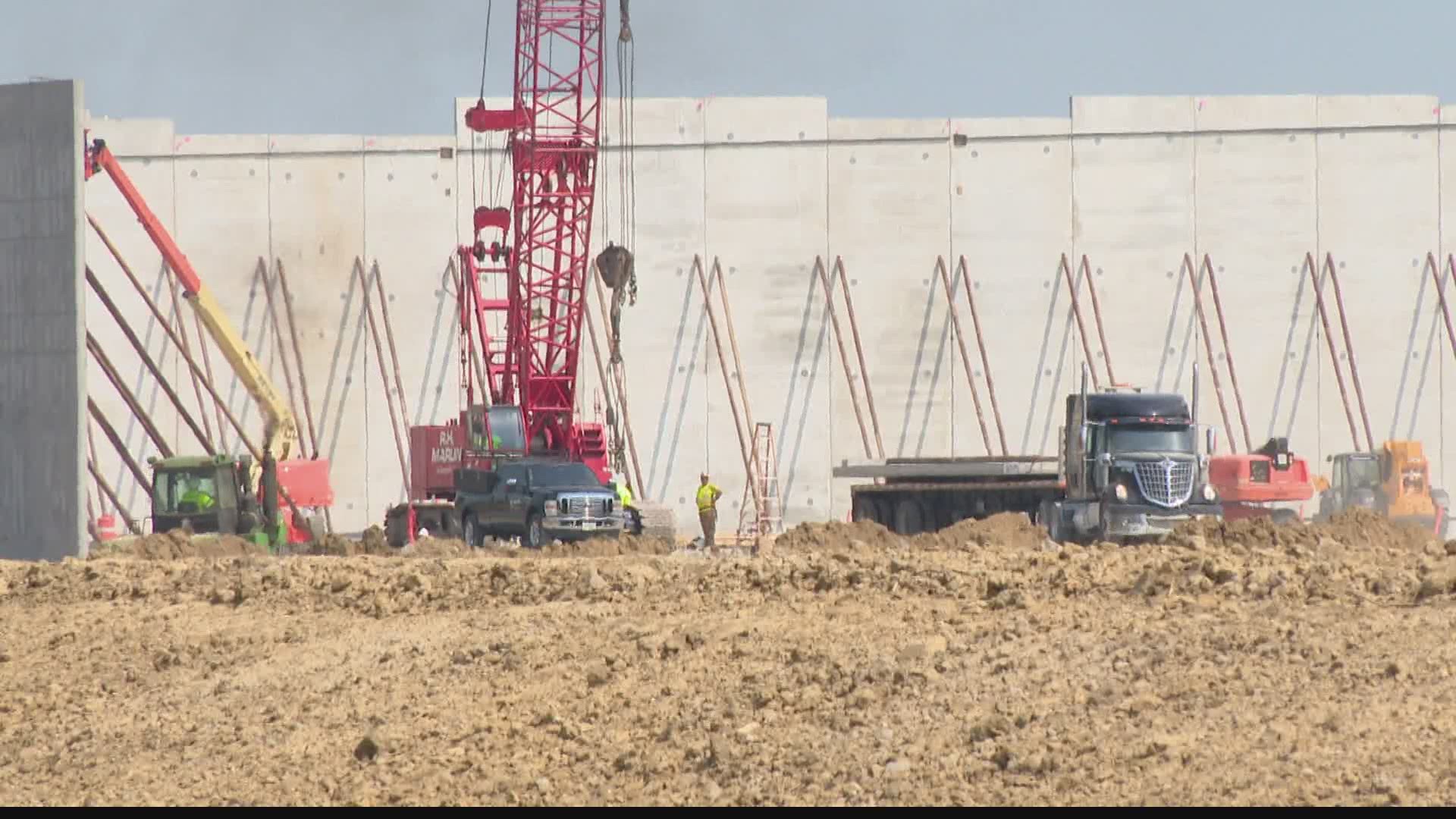 WHITELAND, Ind. — A large new industrial park is being considered right now for a small town in Johnson County.

The project promises millions of dollars in revenue, but some neighbors are worried about adding too many more warehouses in Whiteland.

From Matt Stephenson's Johnson County home, the view out his front door is farmland - rows of corn stretching as far as the eye can see.

But construction cranes off in the distance may soon get a lot closer.

Developers from Dallas, Texas are working with the town of Whiteland, through annexation and rezoning, on a nearly 500 acre industrial park: up to nine new warehouses, plus retail and a hotel.

Mohr Capital is also behind the Cooper Tire project that recently broke ground nearby.

The large industrial park would be off Whiteland Road, west of I-65.

Amazon just opened a huge complex on the south side of the road.

Cooper Tire is now building on the north side.

That's where the new project would go, over the span of five years.

Road improvements and roundabouts are part of the plan, as well.

"We've had a lot of interest in different things from manufacturing to logistics," explained Whiteland Town Manager Norm Gabehart. "When they (Mohr Capital) came to town to look at the property for Cooper Tire, they started looking around and realized our area was available and great opportunities existed. So they put a big interest in it very quickly."

Gabehart sees the economic potential as a positive: more jobs and big time revenue for this small community.

"Assessed valuation of Whiteland in 1994 was 13 million dollars. Today it's 170 million and potentially with this coming, it could be an additional 900 million both north and south sides of the roads," Gabehart said.

Industry, he says is the next step and logical right off of I-65.

Warehousing is something several central Indiana communities have embraced recently: from Greenwood to Whitestown to Plainfield.

But some fear in Whiteland, this project is too much, too fast.

"I think we're in the perfect spot for opportunities to be positive and blend it to the best we can," Gabehart said.

Next Tuesday, Sept. 1, the Whiteland Plan Commission will take a look at this proposal.

The public is welcome to attend.

Final approval for the industrial park has to come from the town council, which will consider the plan in mid and late September.