Superintendent Steven Baule apologized for the transportation issues at the Tuesday meeting, saying that he wanted to make sure it gets fixed. 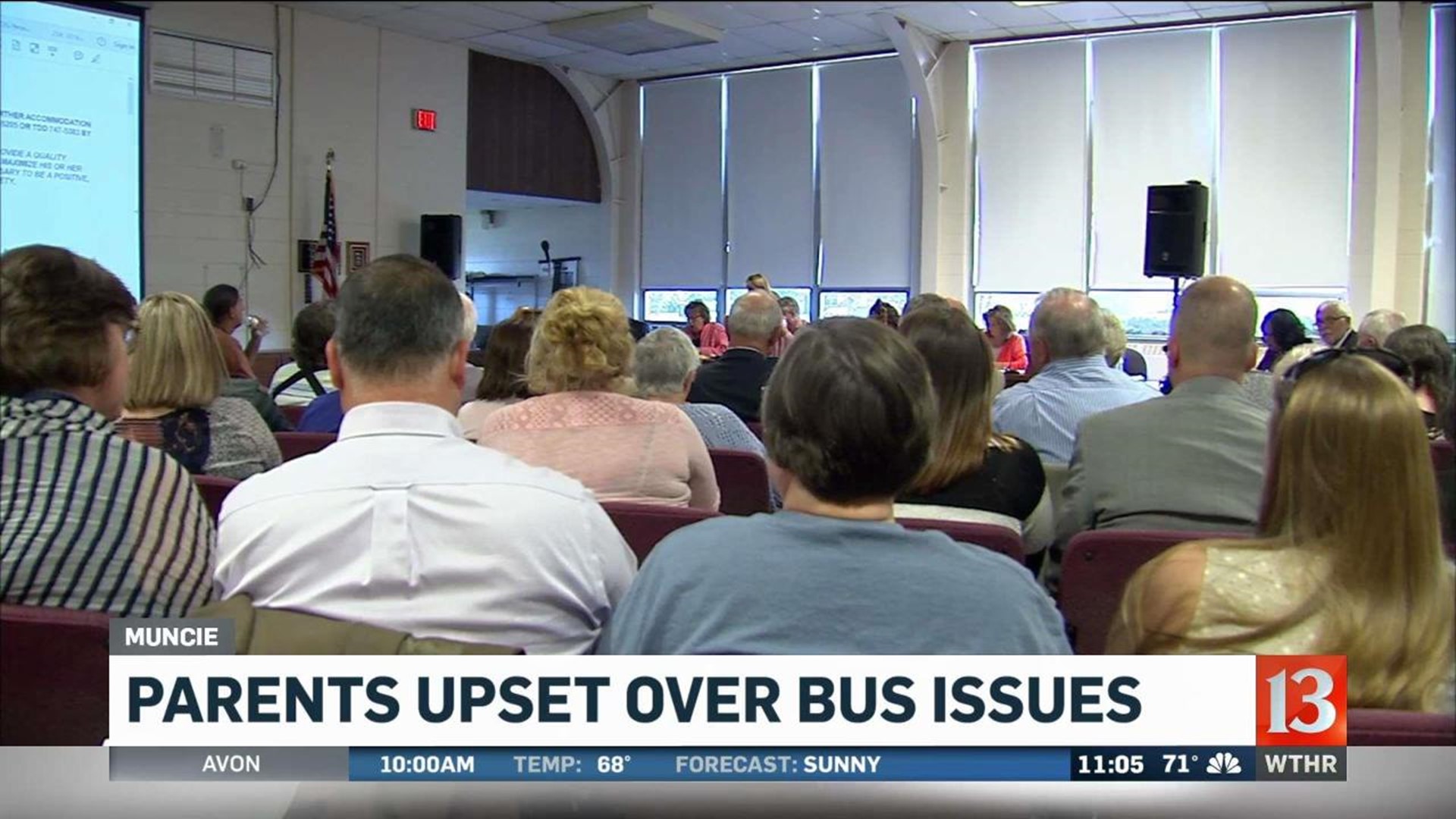 MUNCIE (WTHR) - Dozens of parents made their voices heard during the first school board meeting in Muncie since classes returned last week.

The new school year has already been plagued with major transportation issues which forced the district to cancel classes for two days.

In a statement released Monday, the district asked for patience.

Superintendent Steven Baule is taking it one step further with an apology.

The financially-struggling district has said the issues stem from hiring a new bus service and from redistricting after closing three schools.