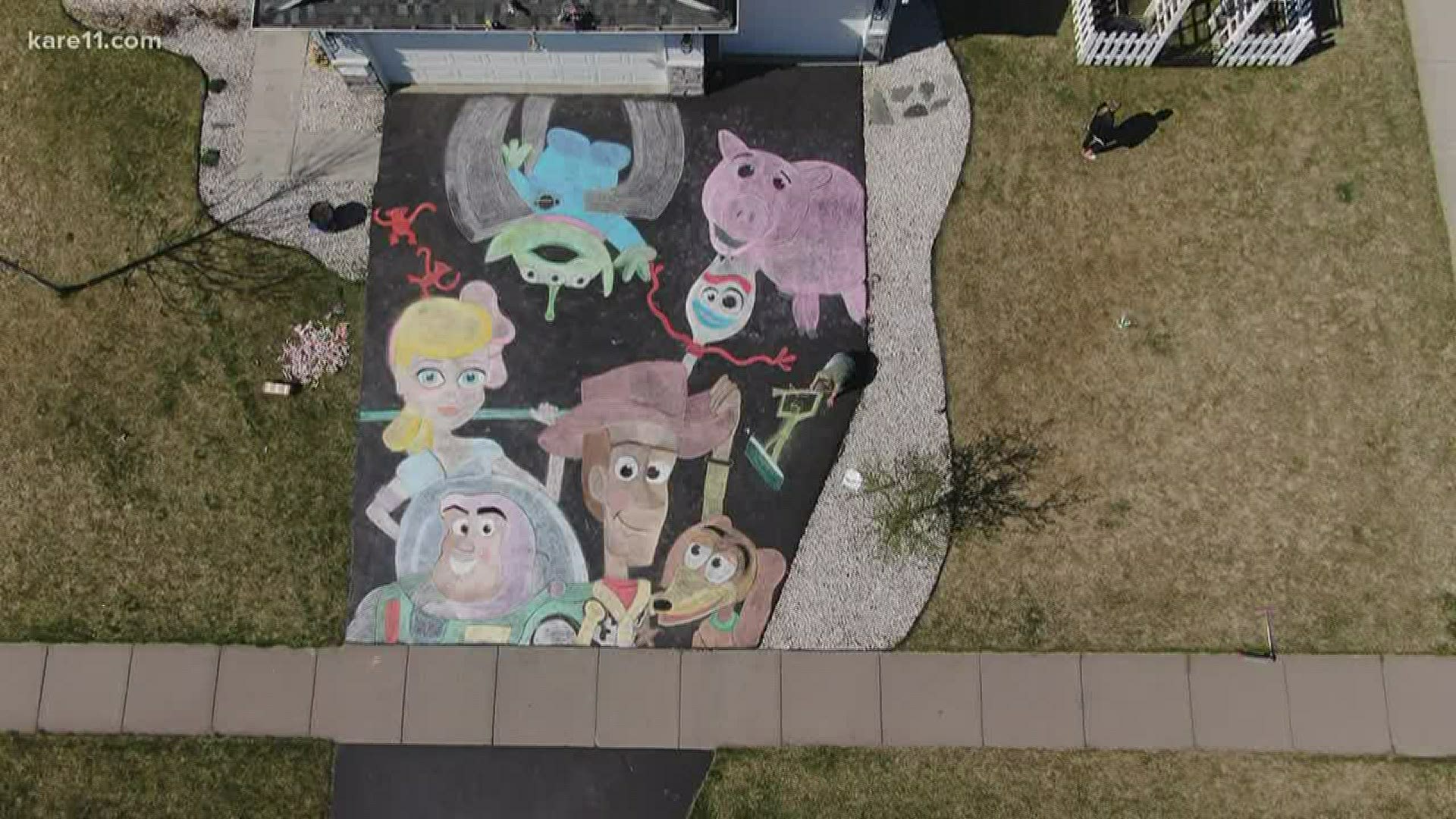 LAKEVILLE, Minn. — Driveways are generally more function than phenomenon. Yet, in Lakeville, three-cars-wide, lies an exception.

“Just give me chalk and I’ll be happy,” Jessica Montenegro laughs.

The wife and mom is all the talk, for her use of sidewalk chalk.

It’s far from her first project.

Among the chalk murals that have covered Jessica’s driveway: Winnie the Pooh, The Lion King and characters from the movie Trolls.

“I've done ‘It's the Great Pumpkin Charlie Brown,’ that one was right before Halloween. That was really fun,” Jessica says.

Jessica has no formal training as an artist, just a love for sidewalk chalk dating back to her childhood.

Raising two boys, now 5 and 7, gave Jessica an opportunity to start drawing again, something she embraced – and then some.

“She just had her 30th birthday. All she wanted was chalk, so that made it really easy on me”, Daniel Montenegro, Jessica’s husband, says.

He’s really had to make just one concession.

Some might be bothered that two days of drawing is just a rainy day away from destruction.

Jessica doesn’t see it that way.

“If it rained, I would already be sketching out what I want to do next,” she says.