Morgan and Christopher Grosso were among the dozens of people injured when an Amtrak train derailed in Montana Sept. 25. 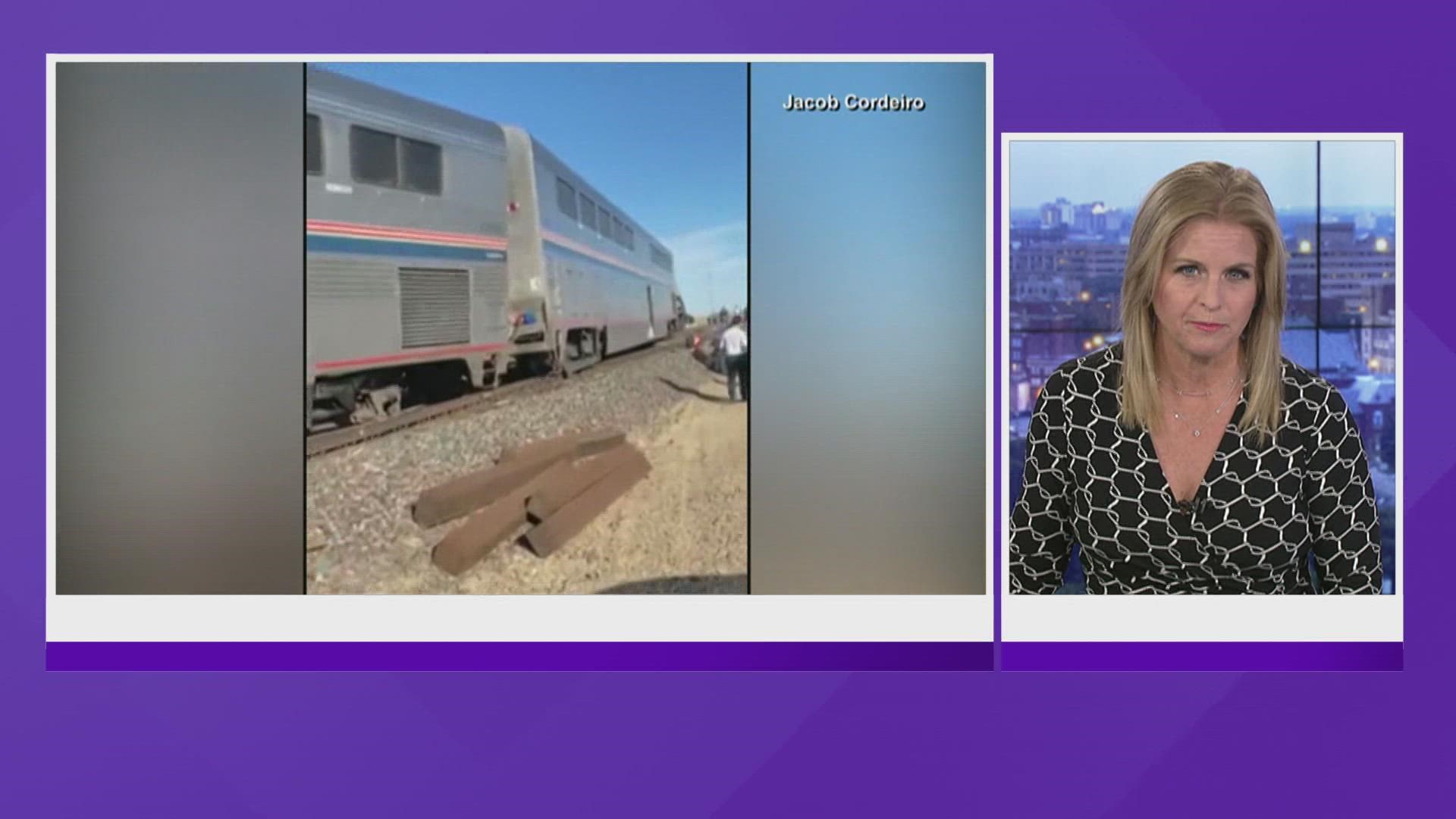 LAFAYETTE, Ind. — A central Indiana couple is joining a lawsuit after they were injured in a train derailment last month.

Three people died and dozens of others were injured in the crash Sept. 25 in Montana.

Two of the injured victims, Morgan and Christopher Grosso of Lafayette, have joined five other people in the lawsuit against Amtrak and BNSF Railway.

Clifford Law Offices sued Monday in federal court in Illinois on behalf of the couple, as well as a Massachusetts couple, a Pennsylvania couple and a Montana man.

The complaints allege negligence on the part of Amtrak and the BNSF Railway Company including improper, inadequate and insufficient rail maintenance, switches and train equipment, according to a statement from the Clifford Law Offices.

The plaintiffs in the suit are seeking damages for their injuries and psychological trauma.

The Grossos were injured in the observation car when it tilted on its side and skidded about 200 feet.

The cause of the derailment remains under investigation by the National Transportation Safety Board.

The lawsuits also challenge a mandatory arbitration agreement Amtrak instituted in 2019 that would prevent claims from going to trial. Amtrak and BNSF have declined to comment on pending litigation.

The train that derailed, an Amtrak Empire Builder 7/27, travels between Chicago and Seattle and also makes stops in St. Paul, Spokane and Portland. It was carrying 157 people, including 16 crewmembers, when eight of the 10 cars derailed.

This isn't the first time an Amtrak train has derailed. In 2017, an Amtrak train on its first paid passenger run from Tacoma to Portland, Ore., derailed near Olympia sending rail cars plunging onto Interstate 5. Three people were killed and 10 seriously injured in that derailment.

The same Clifford Law Offices obtained millions in settlement money from Amtrak on behalf of the passengers who were victims in the 2017 derailment.

Following the 2017 derailment, Amtrak in 2019 instituted a new Arbitration Agreement, which is printed on the back of tickets and states passengers cannot sue the corporation for things like personal injuries, physical impairments, or wrongful death, among other things. Instead, those claims get decided by a single arbitrator, rather than by a judge or jury.

In its statement Monday, the Clifford Law Offices said it intends to challenge that arbitration requirement that is "allegedly applicable to passengers."