The Swedish pop group ABBA still has millions of fans all over the world. In Lafayette, a new generation of musicians is learning to appreciate the devotion to ABBA. 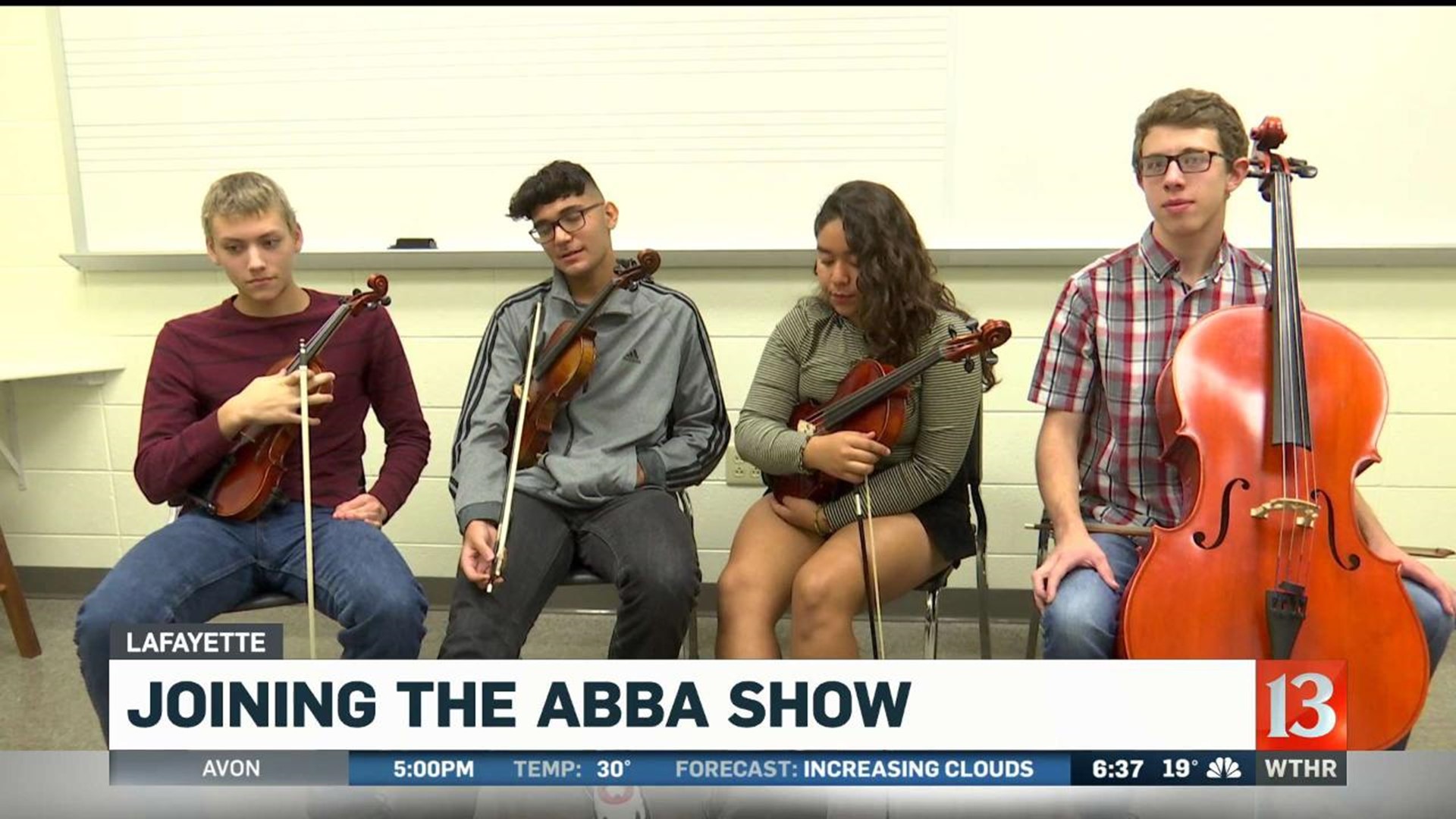 LAFAYETTE, Ind. (WTHR) — The Swedish pop group ABBA still has millions of fans all over the world. In Lafayette, a new generation of musicians is learning to appreciate the devotion to ABBA. The ABBA Show is an internationally touring tribute act performing the hits of the beloved sweet harmonizing, double couple band of the 1970s.

The ABBA Show comes to the Long Center for the Performing Arts in downtown Lafayette Friday night at 7:30 p.m.

A string quartet from Lafayette Jefferson High School will join the show for three songs.

"My mom is a huge fan (of ABBA)," said 11th grader Spencer Roberts, the cellist in the quartet. "When I told her about it, she was like, 'Yes! I want to go.' She was very excited. We were listening to them in the car this morning."

"It's something unique too," said 11th grader David Rodriguez, second violinist. "I've never done something like this before."

"I don't think we've done anything close to playing with a singing group," Roberts said.

The ABBA show invites a local high school string quartet to play with them at each tour stop. The quartet was selected by the school’s orchestra director.

The local musicians have never seen the show but received sheet music for "Honey, Honey," "If It Wasn’t for the Night" and "Slipping Through My Fingers."

The four students have been rehearsing together for about two weeks.

"I think I'm a little more interested because I had never heard of ABBA before this," said Rodriguez, born more than two decades after ABBA’s last studio album. "I think I'm probably going to look them up, hear something from them, just out of curiosity."

"It gives me a little more respect for, I guess what they once were," said Vallier. "I know they're not performing or making music anymore. But what they once did must have been pretty special."

"I don't know much about the show itself," said 11th grade violist Gawhara Escobedo. "But I'm a huge fan of 'Dancing Queen' and 'Mamma Mia.' So, I'm really excited to see 'Dancing Queen' because it's like one of my favorite songs."

This is hands-on music appreciation for high schoolers whose parents were just kids when ABBA was cool.