The Kurt Vonnegut Museum and Library is moving in to a new building purchased earlier this year. 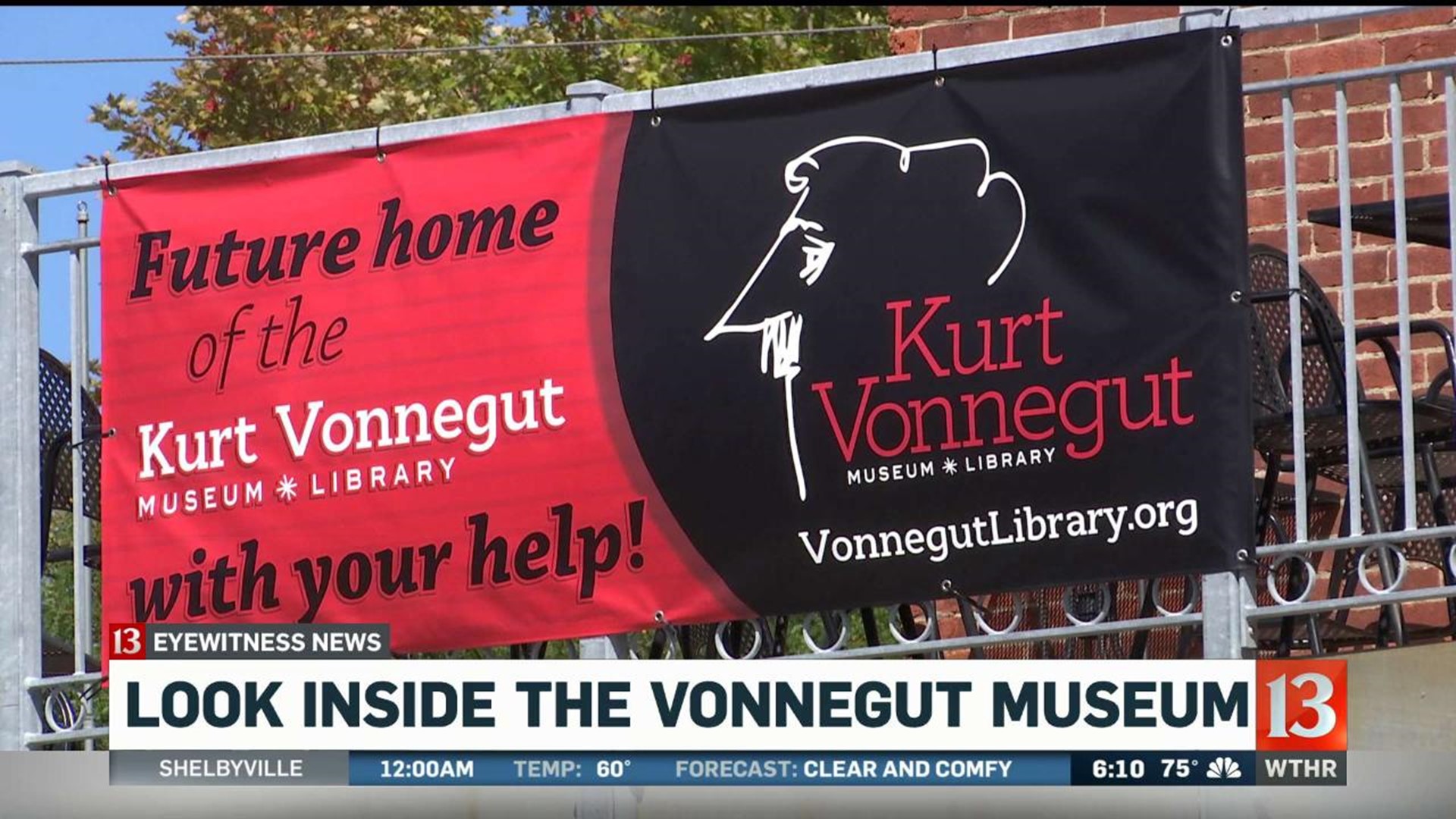 INDIANAPOLIS (WTHR) – A giant mural stands of Indianapolis native Kurt Vonnegut stands on the side of a building at 345 Massachusetts Avenue.

But Vonnegut's legacy of preserving freedom of expression and limiting censorship has a new permanent home at 543 Indiana Avenue, right across the street from the Madam Walker Legacy Center.

The Kurt Vonnegut Museum and Library (KVML) is moving in to a new building purchased earlier this year.

KVML raised $1 million in cash and pledges from 1,400 people and organizations and received a $500,000 grant from Lilly Endowment.

Vonnegut's time as a POW held by the Nazis in Germany during World War II inspired his best-selling novel "Slaughterhouse-Five" and is the theme of the entire third floor of the museum.

Items that can be seen in the new Vonnegut Museum. (WTHR Photo/Rich Nye)

KVML doesn't open until November 9, but every night this week, visitors can get a sneak peek and find out how they can help sponsor the exhibits.

"To celebrate Vonnegut by advocating for free speech and common decency,” said Julia Whitehead, KVML Founder and CEO. “So, we're not just a museum, we're a place to have dialogue."

Vonnegut's typewriter will sit on a ledge on the second floor, close to where Tipton High School English teacher Brett Stoker is living this week as a prisoner of banned books.

Stoker is sleeping on a cot surrounded by a wall of books stacked about three-feet high, promoting Freedom to Read Week.

“Here's what Kurt believed in and we're going to advocate for those things, too,” said Stoker. “So, it's really half museum, half living legacy."

Vonnegut was born and raised in Indianapolis. He attended Shortridge High School.

This year is the 50th anniversary of the release of "Slaughterhouse-Five," his sixth and most successful novel.