Korean veteran will be buried at home

Nearly 70 years after dying during the Korean War, a fallen Hoosier hero is finally home. 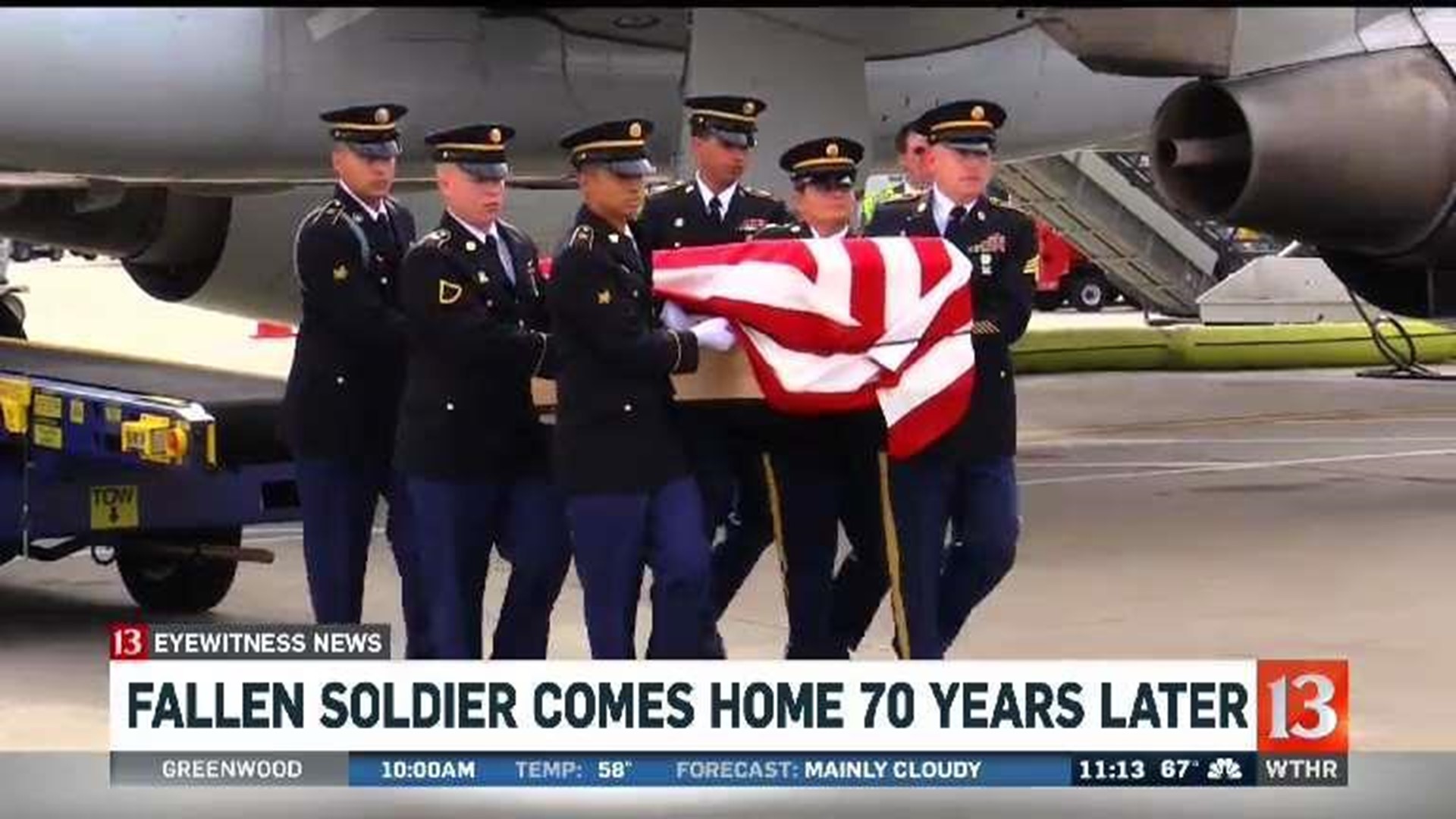 His big sister and last surviving sibling, Rose Black, was there on the tarmac with her family as Meshulam’s casket was loaded off a plane at the Indianapolis International Airport.

Black greeted her brother's flag-draped casket with a kiss and a prayer.

"She is doing what you might expect for a 91-year-old lady who is the last of her generation,” said Black’s son, Sam Goldstein. “The last time she saw her baby brother, he was 18 years old and he died when he was 19."

The military used DNA to identify his remains.

Meshulam will be buried this weekend at the Etz Chaim cemetery on Bluff Road.