DACA opened many doors for Angel Ramos after he was accepted into the program almost four years ago. 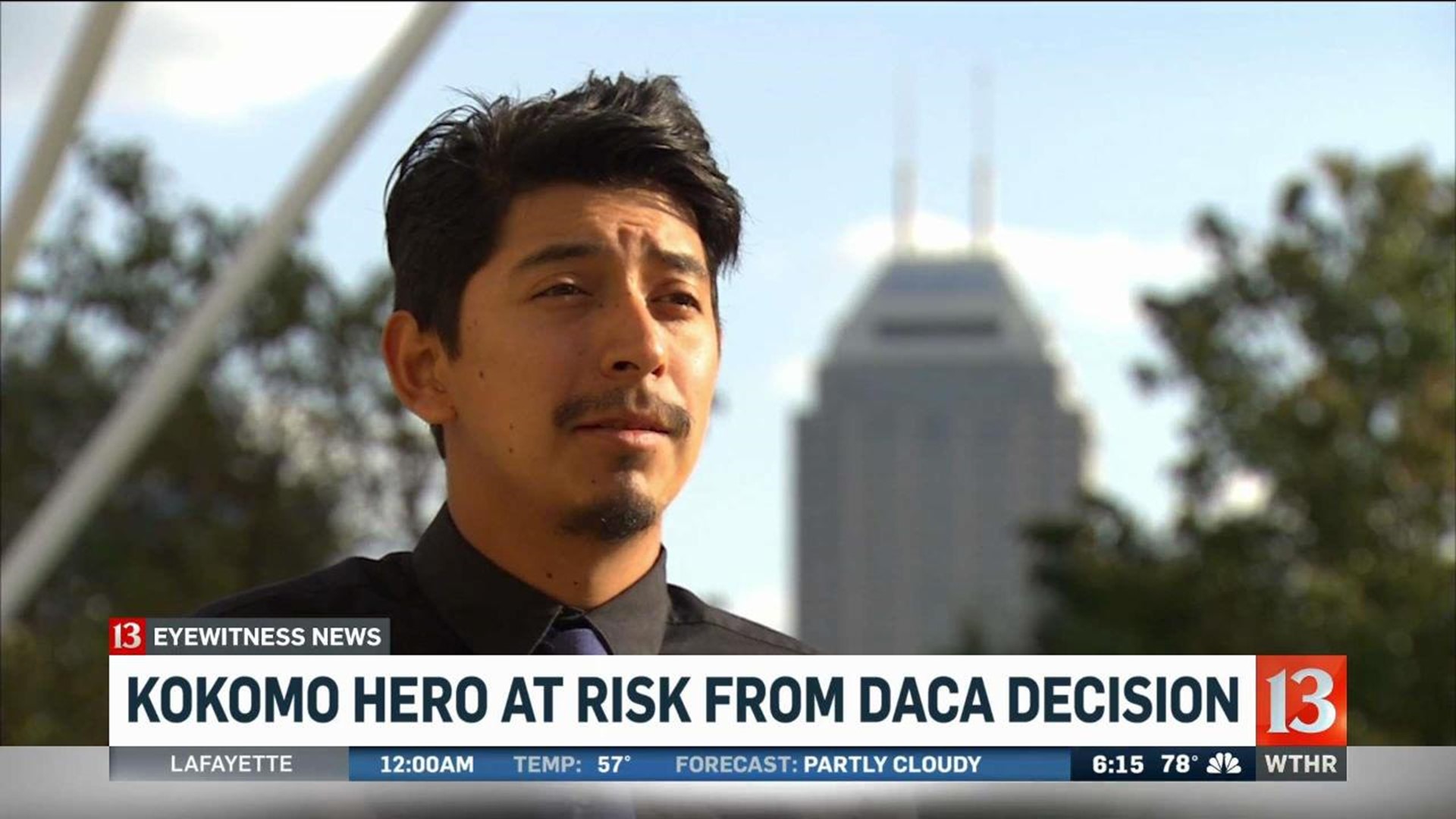 KOKOMO, Ind. (Kokomo Tribune) - DACA opened many doors for Angel Ramos after he was accepted into the program almost four years ago.

Ramos, who is known in the community as the “Starbucks Angel” following last year’s tornado that flattened an entire Starbucks building, was hailed for his heroism in directing customers inside two restrooms just before the tornado struck.

Now he says his future in Kokomo is uncertain.

“Uncertainty is something that we kind of grew up in I guess,” Ramos said of first moving to the States as an undocumented immigrant with his parents.

“But to finally have a relief from that anxiety, from that fear, and from that uncertainty most of all, and then have someone come along and sort of pull the plug again," he told our partners at the Kokomo Tribune.

It causes Ramos and his family great concern.

After arriving in the United States at 9 years old with his parents and younger sister, who is also a DACA recipient, Ramos recalls the frequent anxiety he had before being accepted to the DACA program.

At any moment, he and his family could have been deported back to Mexico where he was born. He couldn’t drive and couldn’t work until DACA was implemented. Since then, he has been afforded great opportunities, he said.

Ramos, who married earlier this year, will have an opportunity to appeal if he is faced with deportation. However, his younger sister would be left with no other recourse.

“We’re just trying to come here for a better life,” Ramos said. “So it’s frustrating… just to see everything kind of start going backwards in a very intolerant and prejudice way.”

He added that his stance supersedes politics. It’s a humanitarian crisis at this point, he said, with roughly 800,000 people within the DACA program facing possible deportation.

“This is wrong,” he said. “You’re taking futures away from people who have really done nothing wrong.”

Click here for more more from our partners at the Kokomo Tribune on the local fallout from DACA's rollback.