Michelle Tanner want to know what happened to her son. "What parent wouldn't," she said. 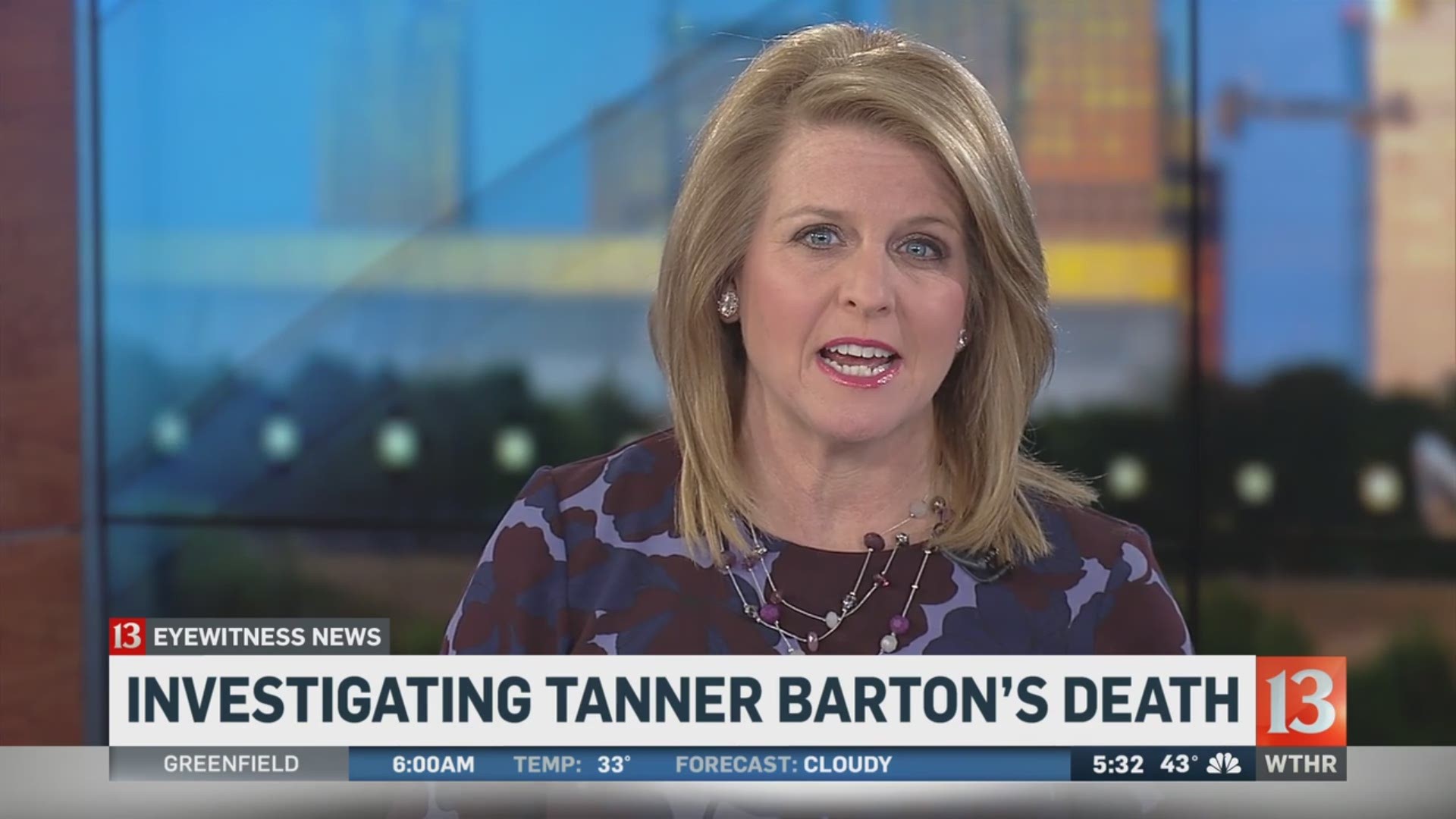 KOKOMO, Ind. (WTHR) - Nearly six years after her son died while visiting friends in Kokomo, Michele Barton is determined to find out exactly what happened.

Barton appeared on Tuesday’s Dr. Oz Show (seen on 13 WTHR) with a private investigator and forensic specialist "hoping to get to the truth. I just want to know what happened to my son.”

What parent wouldn't?" Barton said during a phone interview from Texas, where she and her family now live.

Tanner Barton, 19, a freshman and football player at Marian University, was on break and visiting his friend, Tanner fell asleep on a basement floor and was found dead the next morning.

There were no apparent injuries. And while he had consumed alcohol, his blood alcohol level was below the legal limit.

The Howard County coroner at the time, said Tanner died from positional asphyxia. That's when a person's position interferes with proper and adequate breathing.

Barton said her son never had any issues. “He was perfectly healthy."

She said she wants to know more about what happened prior to that and why those who found Tanner unresponsive called others before calling 911.

The focus of Dr. Oz's show was "how does a coroner use science to crack a case?" The guests included a forensic criminologist and a coroner who reviewed the investigation into Tanner's death and called it “incomplete."

They raised questions about the type of toxicology tests taken, who investigators interviewed and who wasn’t interviewed.

When Dr. Oz asked her what she thought happened to her son, Barton said, "I think something was given to him. I think he overdosed."

The show ended with Dr. Oz vowing to help her find closure by having his team help with finding answers.

"It's unusual. A young man died on the floor," he said. "What led to that? What caused him not to wake up if he was sleeping and stopped breathing? Was it chemical or was there something physically wrong with him?"

But Hargrove also said Barton "has part of the case but doesn't have it all. It's like putting a puzzle together but pieces are missing. There are lot of things we have to keep quiet," so as not to jeopardize the case.

He said the new coroner was "taking on the case, going over all the records" and taking a new look at it.

Barton agreed "things were starting to pick up."

She said she'd been in conversation with Hargrove and "some things are coming out. I can't say what yet, but we're seeing some forward movement.”

She also said there was a new GoFundMe page to raise money for a reward.

"I'm just hoping for answers and truth and justice, that someone be held accountable," she said.