Local kids are taking part in a camp in hopes of spreading kindness. 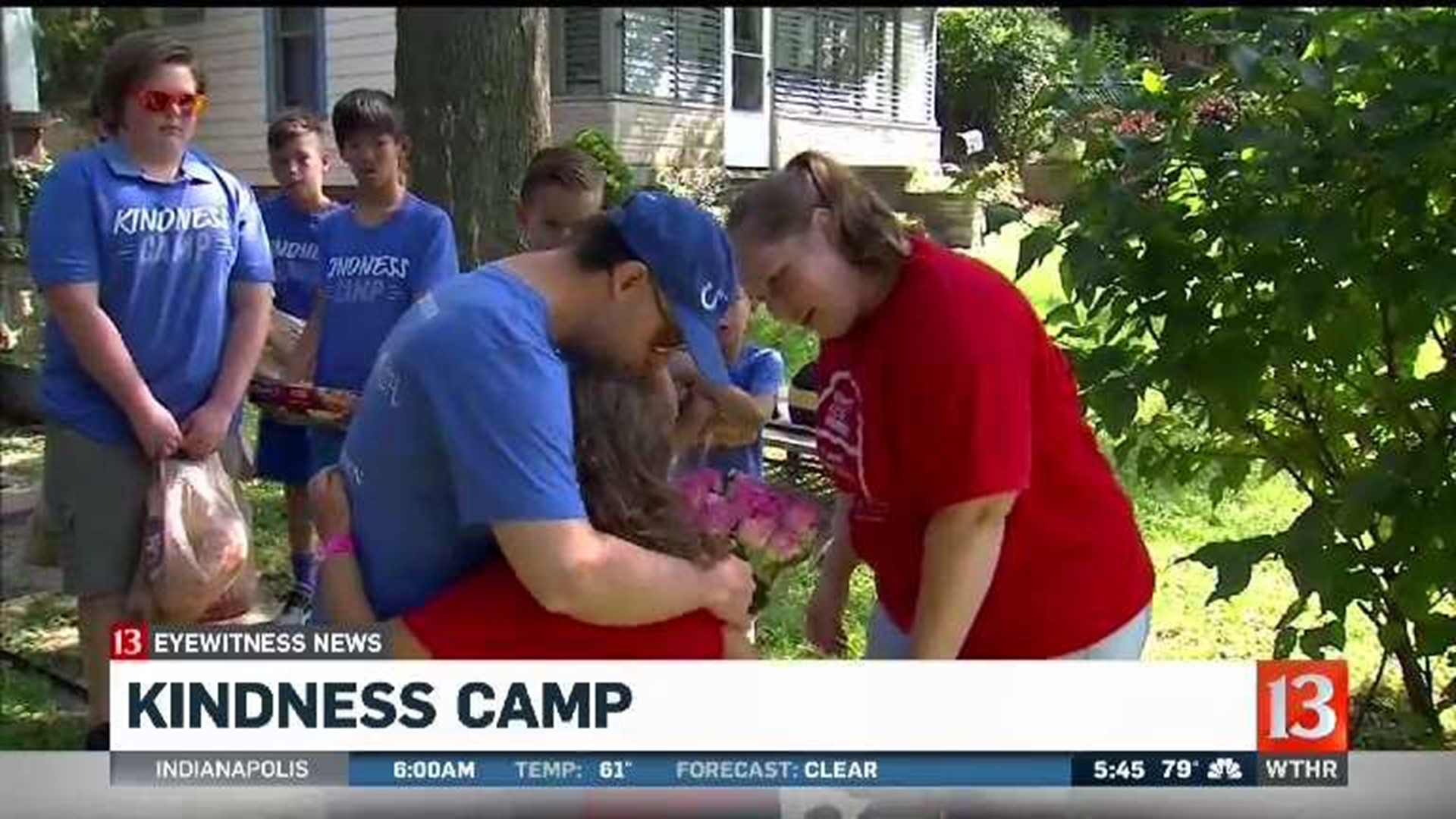 INDIANAPOLIS (WTHR) — The white van with the Sam's Wish logo on the back pulled up to the house on East 16th Street shortly after 11 a.m. Wednesday. The kids on board got out carrying an assortment of groceries.

They were making a special delivery, delivering food to Jessica Murphy. Murphy rolled up with one of her daughters a few minutes later, smiling broadly.

"It means a lot," she told the 13 campers. "I hit a hard spot with money. Because of my (injured) leg, I'm not working as much, so I really appreciate it."

They also brought something else, a bouquet of fresh flowers. Murphy and her daughter beamed.

"Thank you, thank you. You are a blessing," she said.

Murphy was a recipient of the Kindness Camp, a camp aimed at helping kids help others through acts of kindness.

Heather Stephenson, a special education teacher in Carmel and her brother Sam McNew, who has Downs Syndrome, started the camp five years ago. It's part of their non-profit Sam's Wish.

"Our mission is to help people in their time of need and people with disabilities lead happier and healthier lives, so we do a little bit of everything," Stephenson said.

Last year, campers helped Murphy build a privacy fence, so her daughter with autism wouldn't be afraid to go outside.

"It's two hearts, their hearts being filled and our hearts," she said. "It's amazing."

Stephenson offers camp five days a week. One session is for kids eight and older and another "introductory camp," is for kids four to seven years old.

Wednesday's camp involved the older kids, which usually starts with helping a family in need in the morning and the rest of the day doing what the campers want:visiting a nursing home, planting flowers or handing out water on the Monon, which they did today.

Jay Hamblen, said he's learned to help others even if you don't know them.

"We went to a nursing home Monday and handed out flowers just to cheer them up," Hamblen said.

"I like seeing a bunch of people smiling and hearing how they say you made (their) day because it makes me happy," Samantha Feyes said.

And even the smallest acts of kindness are appreciated.

There are 13 campers in the older sessions for this summer's Kindness Camp. (WTHR)

Ashley Jones said she'd heard about the camp and greatly appreciated their acts of kindness.

"That's what's missing in the world just everyone being nice and kind to each other, and the fact this is promoting that is a big deal especially for our kids," she said.

Heather and Sam know just how simple acts of kindness go. They grew up in a family of eight kids.

"We lived in mobile home. There wasn't a lot of room, but there was a lot of love," Heather said. "My dad was sick most of my childhood, so there times when people brought us food, like people from the church, and I remember those moments. Now we are just trying to give back to all that was given to us."