Kids help design their own playground on Indy's east side

A new playground opened on the far east side of Indianapolis and it was designed by kids. 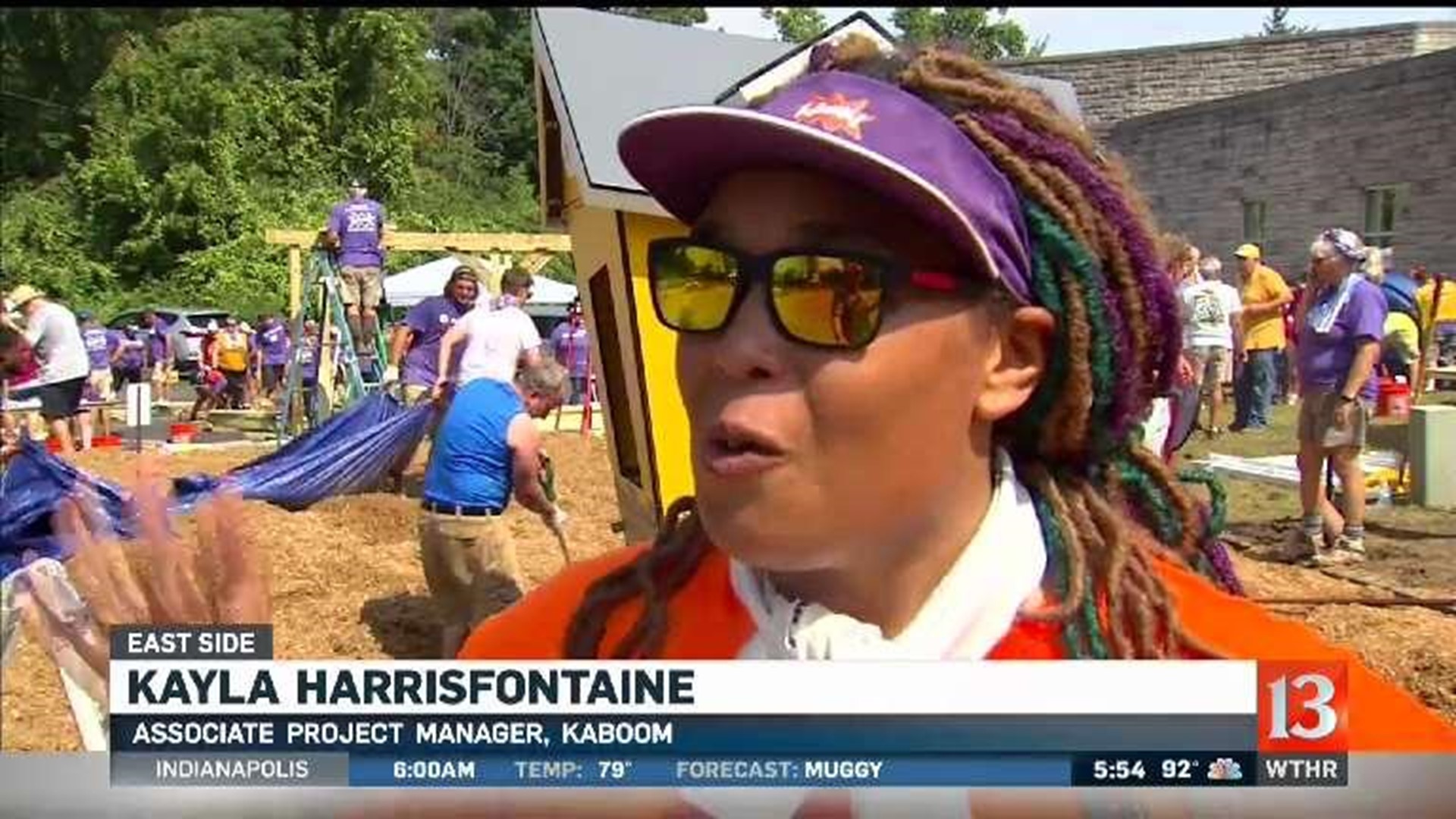 INDIANAPOLIS (WTHR) - A new playground opened on the far east side of Indianapolis and it was designed by kids.

Old Bethel United Methodist Church partnered with the Finish Line Youth Foundation and KaBOOM! to build the playground. More than 200 volunteers worked on the project from 9 a.m. until 3:30 p.m.

To help keep cool, there were three large fans blowing water and cool air on the volunteers.

It took eight weeks to design and organize the playground.

"They gave us all their really awesome ideas for what they want to see on their playground. (We) took that back to our designers who gave them three unique deisngs based on their suggestions. The one we're building today is picked by the kids of the community for the kids of this community," said Kayla Harrisfontaine, associate project manager of KaBOOM!

The playground is the fourth built on the city's east side by Finish Line and KaBOOM!