WZPL radio was raising money in exchange for song requests. 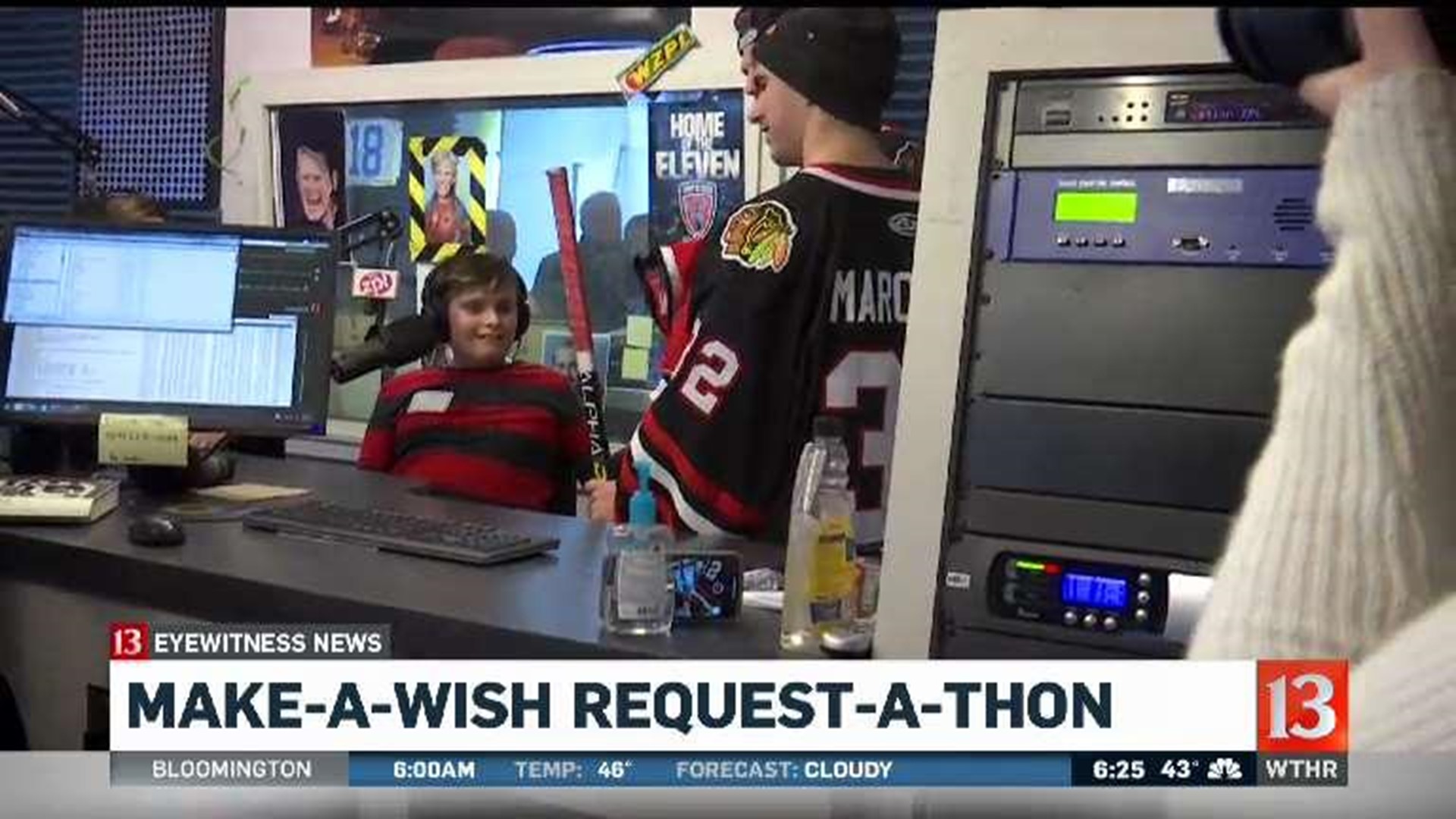 The goal is to grant wishes to kids in the 23rd annual Make-a-Wish Request-a-thon.

The @wzpl #Requestathon granted 11-year-old @makeawishohkyin kid Sorin Roach of #Zionsville his wish live on air for a bedroom makeover into a gaming room with new computer to play @Minecraft & other video games. He suffers from a genetic disorder that makes him easily injured. pic.twitter.com/FZ9TwVaxgz

His wish is that his bedroom be turned into a gaming room, and on the air Thursday, that wish was granted.

Even as Sorin was in the WZPL studio, a crew was at his home, working to make the transformation.

He says it's a memory he hopes to hold on to for a long, long time.

"Hopefully, I don't forget this because I have, like, the forgetting stuff. I probably won't because this is so important to my life," Sorin said.

"A really like bright light in our life right now. I mean, we have a lot of bad days and a lot of good days. He's very fragile and so he has to play it safe. There's a lot of rules that come with his condition," said Sorin's mother Deborah Roach.

Sorin suffers from a genetic disorder that makes him vulnerable to bruising and aneurysms. He's one of several children benefiting from this year's request-a-thon.