Keeping up with Quintez: Summer jobs program ends on a high note

Each of the 34 teens that started a summer jobs program in Indianapolis finished the job this week, picking up their final paycheck from Mayor Joe Hogsett Monday. 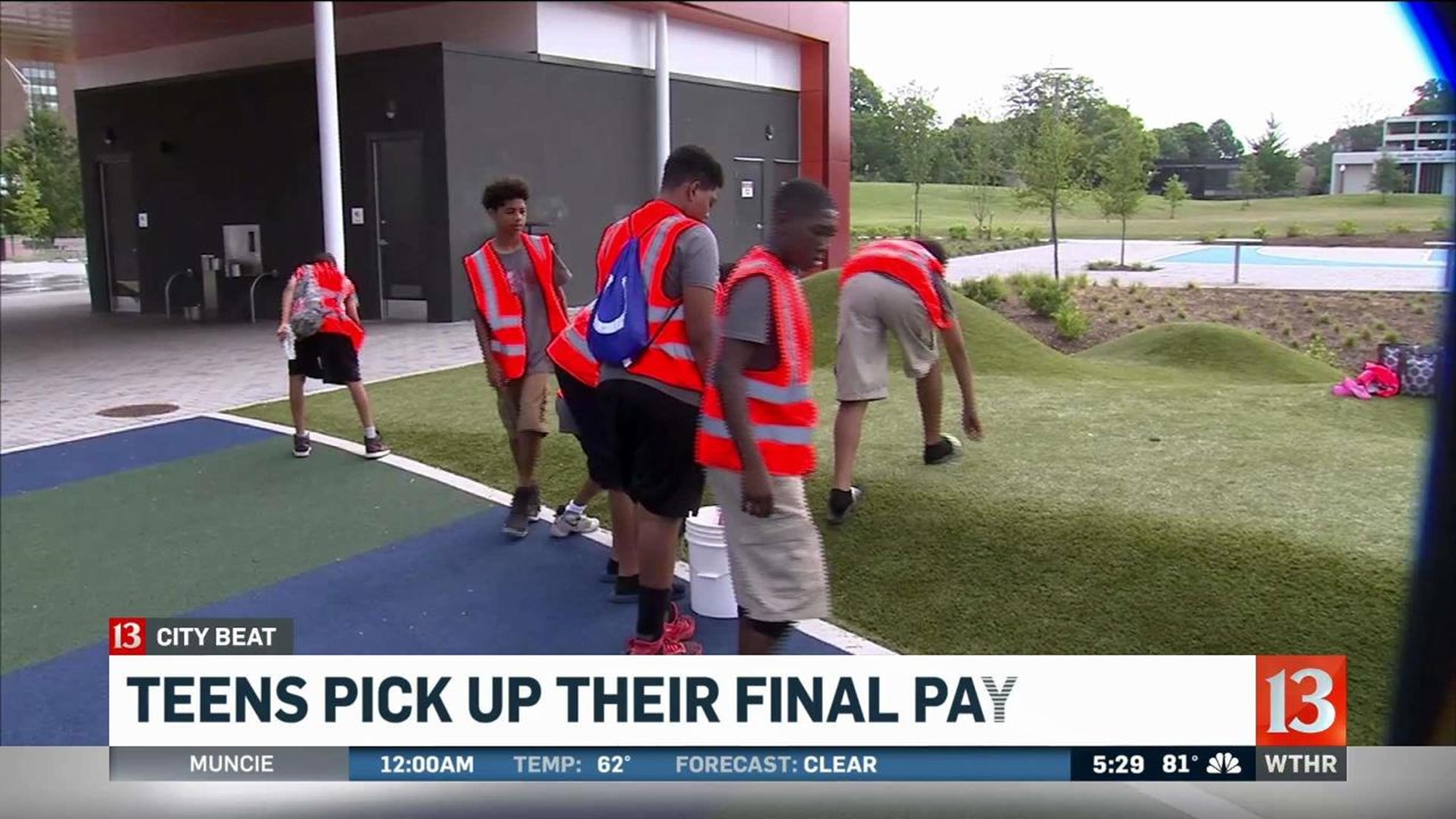 Monday was their last pay day, with Mayor Joe Hogsett there to hand out the envelopes.

Those behind the program are calling it a success. Thirty-four boys signed up for the program and all 34 stuck with it. They were paid $8.25 an hour to pick up trash at Tarkington Park, the MLK Center, nearby vacant lots and even help residents mow their lawns.

They also had mentors and counselors who helped with things like conflict resolution. The program was in response to neighborhood concerns about park safety.

Quintez Tucker, 14, was one of the boys who signed up. At time he said he was eager to make money and stay out of trouble.

He said he wanted to become more responsible and be a good role model for his younger siblings.

On his final day, he said, "I've seen the change in my life because I did the job...I've seen me develop more, be way more mature and think first and make better choices."

Quintez and the other teens made around $700 over the course of six weeks.

He said he saved about $200 and spent the rests on things like shoes, clothes, snacks and "fun stuff." He said he also shared some money with his mom.

The MLK Center's Allison Luthe, who helped spearhead the program, said she's hoping to start an after-school jobs program if she can secure the funding.

Quintez, who heads back to school Monday, said he'd "definitely" be interested.

He said he "loved getting paid," and also working with Donnell Hamilton, one of the program supervisors.