The most important dresses in a woman's life likely include the dress she wore to prom and the one she wore on her wedding day. But what does a woman wear the day she becomes the Second Lady of the United states? 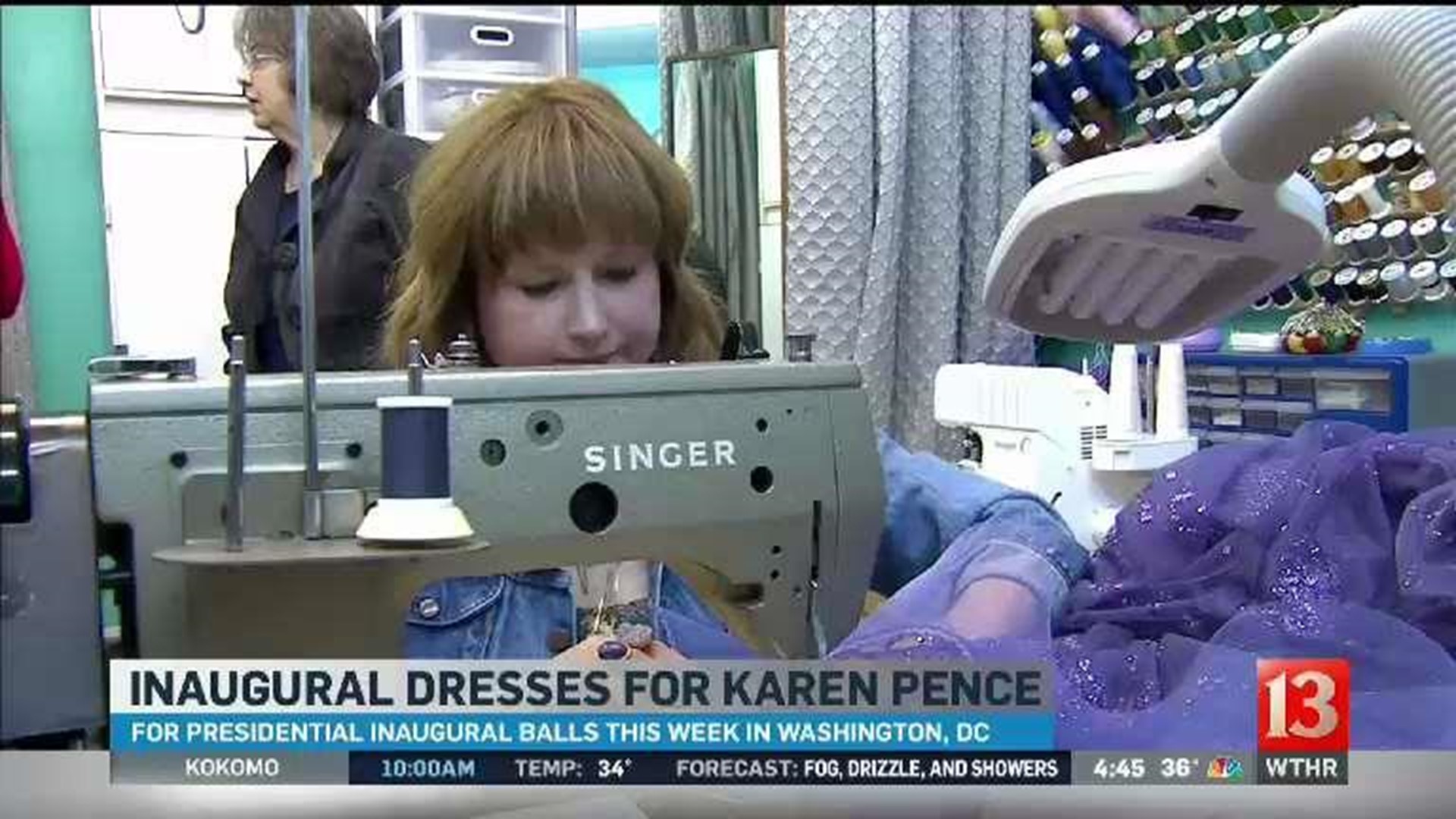 INDIANAPOLIS (WTHR) - The most important dresses in a woman's life likely include the dress she wore to prom and the one she wore on her wedding day. But what does a woman wear the day she becomes the Second Lady of the United states?

When Former First Lady Karen Pence was faced with that question, she turned to a group of Hoosier designers and dressmakers, who made her inaugural gowns by hand.

"We kept it all pretty top secret, because we didn't want anybody prying or trying to find out what it is," said Sarah Knochel. Knochel is a Ball State graduate who owns a custom dressmaking business called "Something Wonderful" out of her home in Broad Ripple.

Now the secret is out.

Sarah, along with her mentor Joyce Hittesdorf, joined Donna Christian, Cathy Runion, Whitney Luckenbill and Ellen Blacketer to make the gowns. The women are all part of the Association of Sewing and Design Professionals Heartland Chapter and have spent weeks designing, hand sewing, altering and perfecting dresses for Karen Pence, her two daughters and daughter-in-law.

All of the Pence women will don the handmade gowns for the Indiana and Presidential Inaugural Balls in Washington later this week.

"They had pictures of things that they liked, and then we really designed around what each person wanted," Knochel said.

Hittesdorf was the original owner of "Something Wonderful." She first met Karen Pence decades ago.

This time, however, Indiana's former first lady had an even bigger request. The women in the family needed all 8 dresses in all, with less than two months to deadline. Sarah and Joyce called in their friends for help.

"They all committed to a secret project, and they didn't realize what the project was until they came that first day," Hittesdorf said.

After the inauguration, Karen Pence's dress will go on to the Smithsonian for display.

"We did a lot of things on these garments that we probably wouldn't do on a regular client's garment because of the fact that we knew that they might be scrutinized. So we wanted everything to be what we called 'museum quality,'" Hittesdorf said. "There were lots of things that we did by hand, that would maybe not have been done by hand for someone who had a different budget. And the 'museum quality' kept hanging in the air for us, so we worked really hard for that to happen."

As far as the designs and colors, the dressmakers are sworn to secrecy until the Pence ladies wear the gowns this week. They did, however, share a few sample pictures and details.

"Karen's dress for the Inaugural Ball has 57 yards around the bottom for the hem. That's half of a football field," Hittesdorf said, adding that two of the dresses were beaded entirely by hand.

In all, the six dressmakers spent about 470 hours working on the eight dresses. They spent 20 hours alone on the hem for Karen Pence's dress for the Inaugural ball.

Each time the Pence women came to the shop for fittings, they arrived with several security vehicles including the secret service.

"That was really gratifying too because they were all really happy and really loved their individual looks, and they really showed their personalities in each of their styles," Hittesdorf said

Stay tuned this week as the Pence women debut the gowns during the Inaugural events in Washington D.C.