Police are investigating after two men were shot at an off-campus apartment complex near Purdue University. 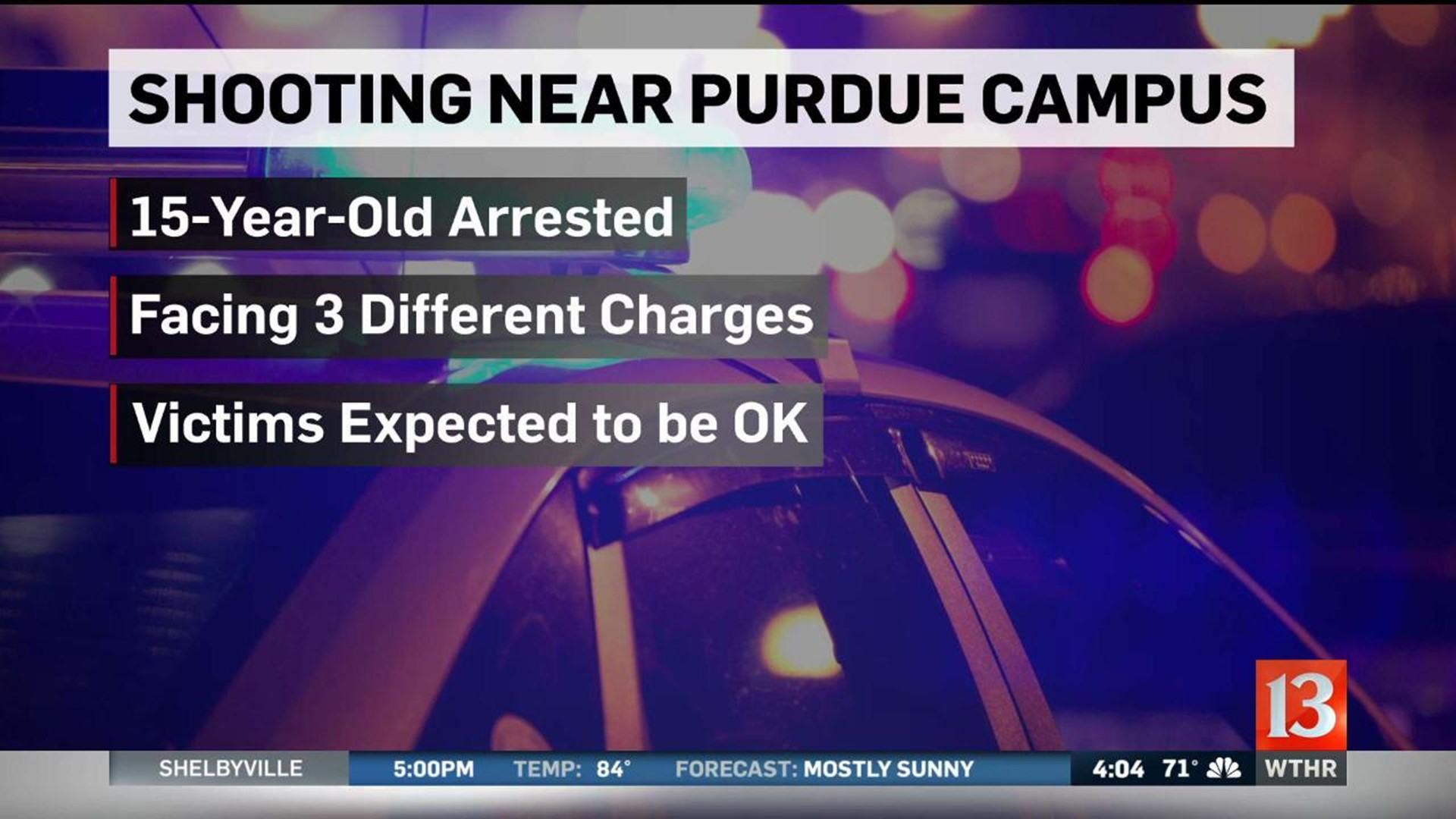 WEST LAFAYETTE, Ind. (WTHR) - Police have arrested a juvenile in connection with a shooting Sunday in an off-campus apartment in West Lafayette.

It happened at The Hub Apartments on Salisbury Street. Police were called on a report of shots fired around 2 a.m.

In a release, West Lafayette police said a 15-year-old male had been arrested on preliminary charges of aggravated battery, battery resulting in serious bodily injury and battery by means of a deadly weapon.

The Tippecanoe County Prosecutor’s Office is reviewing the case and will determine which, if any, charges are filed.