Hartley said the effect the show has had on people's personal lives is more than he could have ever imagined. 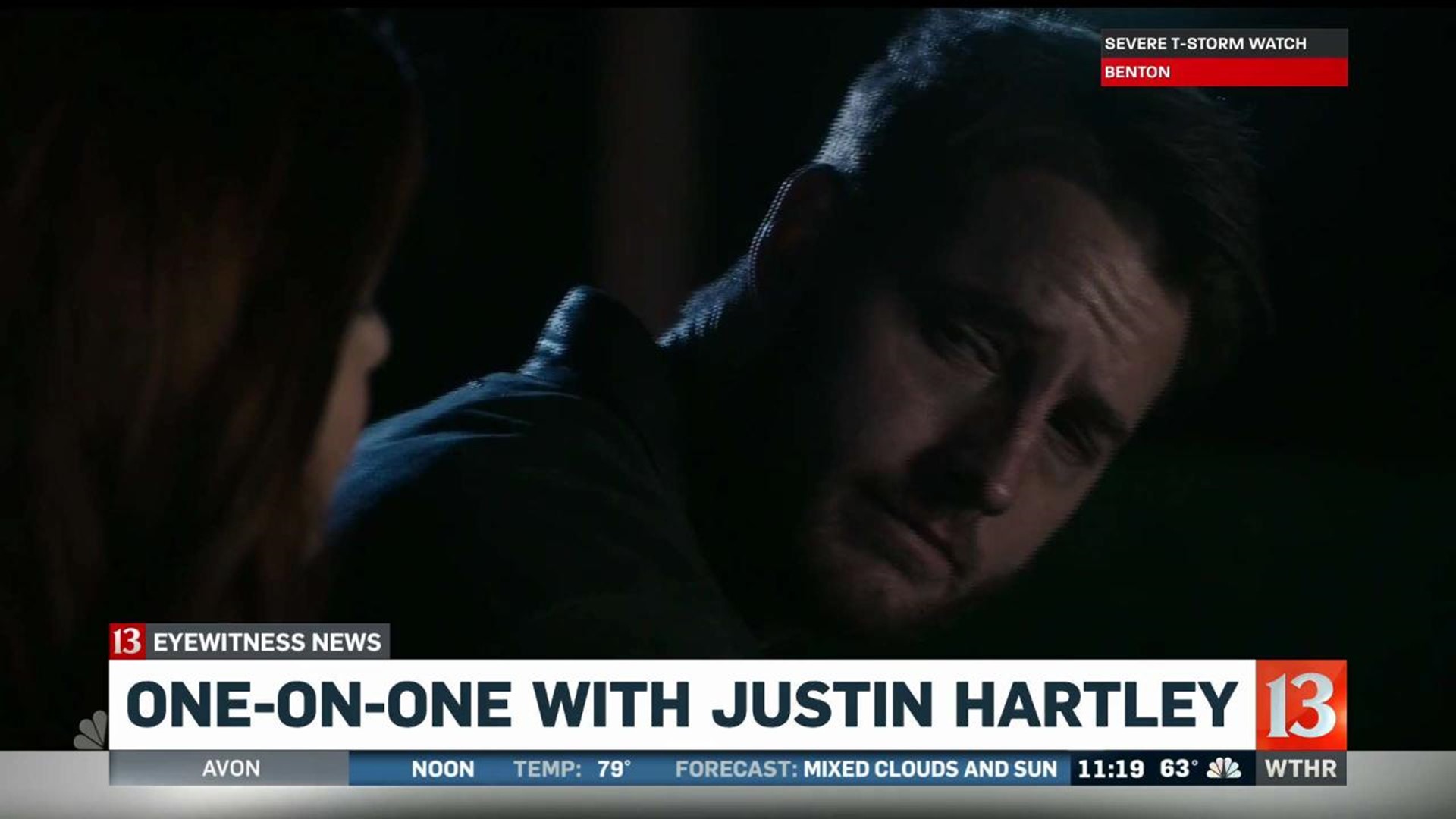 SPEEDWAY, Ind. (WTHR) — On the heels of NBC announcing "This is Us" has been renewed for three more seasons, WTHR anchor Andrea Morehead got the chance to meet with Justin Hartley, who plays Kevin Pearson on the hit TV show.

The drama has taken the country by storm — making people laugh, cry and everything in between.

Hartley said the effect the show has had on people's personal lives is more than he could have ever imagined.

"I've had people come up to me and say, 'You know, the show has made me a better person.'"

"I've had people come up to me and say, 'You know, the show has made me a better person. It made me contact my mother, my father. I haven't spoken to my kids in a while and now I'm speaking to my kids,'" Hartley said before he waved the green flag at last week's Grand Prix at Indianapolis Motor Speedway. "That's beyond anything I ever thought I would be a part of."

That's a strong assertion for someone who has been a part of so much in the entertainment industry. His credits range from being a soap opera heartthrob in "The Young and the Restless" and "Passions" to superhero Green Arrow in the show "Smallville." Most recently, he even crossed over into film as the main male lead in "Little."

"This is Us" has not only pulled the heartstrings for viewers, but it's changed the way Hartley approaches his own life, too. The show touches on real-life struggles like adoption, addiction and losing a parent. Hartley said more than anything, it's called him to recognize the importance of the moments he gets with his family.

His co-star Sterling K. Brown plays his adopted black brother, Randall, on the show. Their relationship has been tested throughout the series, bringing about difficult conversations about race Hartley believes should be tackled head-on.

"Our writer and our writing staff, and the way that they take these issues that are real issues...we don't like to skirt around them. We go right to the front door, and we go, 'This is what we're doing and we just talk about it.'"

While the show is known to take viewers on an emotional roller coaster, he ultimately hopes his fans feel nothing but joy when they meet him.

"I hope to make people smile or laugh. I think that's the most amazing thing, and you meet a total stranger and you get them to smile."