Jared Fogle's wife said in a statement Wednesday issued through her attorneys that she will divorce her husband. 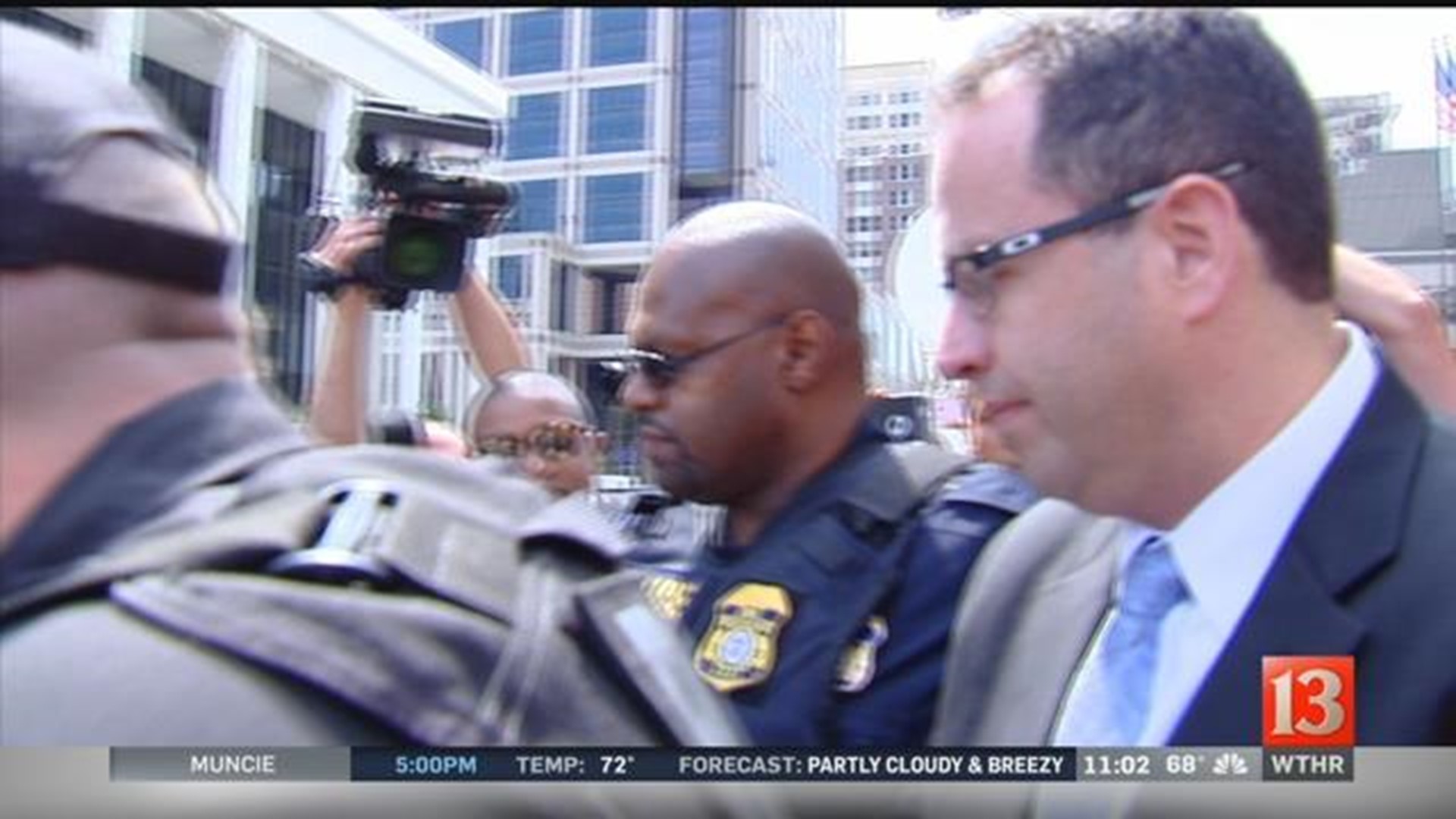 Jared Fogle's wife Kathleen M. Fogle said in a statement Wednesday issued through her attorneys that she will divorce her husband. She then filed for divorce in Boone County.

The former Subway spokesman pleaded guilty to child pornography charges Wednesday. He is accused of arranging and paying for sex with minors since 2007. Fogle has agreed to pay $1.4 million restitution to 14 victims.  He has also agreed to participate in a program to treat sexual disorders and will register as a sex offender after his release.

"Obviously, I am extremely shocked and disappointed by the recent developments involving Jared. I am in the process of seeking a dissolution of the marriage. My focus is exclusively on the well-being of my children. Neither I nor my family will have any further comment on the matter. I appreciate respect for my family’s privacy during this difficult time."

Down the street, another family was moving into the middle of the spotlight.

"We had no idea, really, because we've just come from Europe," said Viska Sasic.

"Are you glad, when you move in, this has already been settled?" Eyewitness News asked.

"Yes, I really hope so. Because I want to relax and not see any cameras in the neighborhood," Sasic said.

The move places the family at Ground Zero in the American scandal - a wealthy sandwich pitchman sandwiched between federal child sex charges. He's facing over five years in prison and has already agreed to a one-and-a-half million dollar fund to compensate his young victims.

"No, that's not enough. Those people will probably never get their lives back. Not totally," said neighbor Wayne Robinson.

"I just think it's very disappointing. I thought that he was a good, decent human being and find something like this out is rather disappointing," said another neighbor.

Robinson says Fogle's wife and children are victims, too.

"Lose their father. He's behind bars," he said.

A flower delivery driver attempted to deliver flowers to the Fogle home in Zionsville Wednesday. The driver told Eyewitness News that no one was home, and that Jared Fogle's wife was going by her maiden name, McLaughlin.

Jared and Kathleen Fogle married on July 31, 2010, according to a marriage license filed in Boone County.

Kathleen Fogle is Jared Fogle's second wife. His first marriage was to Elizabeth Christie from 2001 to 2007.

Read the court documents detailing the accusations against Fogle

See all stories and video.