"My name is Telusa Howell and today I stand here as a woman who has plans for hope and a future. 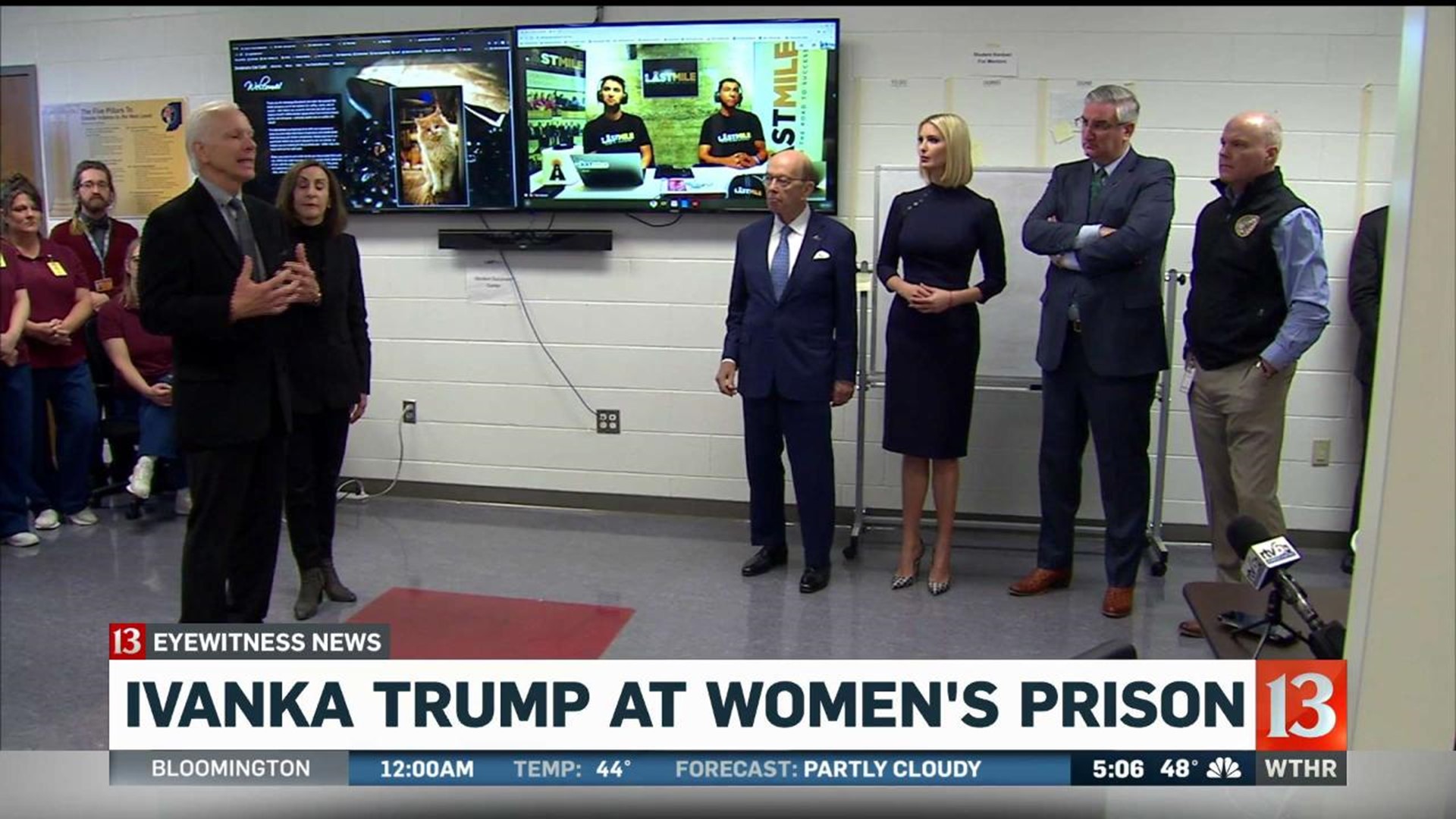 INDIANAPOLIS (WTHR) - "My name is Talesa Howell and today I stand here as a woman who has plans for hope and a future.

However that has not always been the case," she said as she paced in front of a small crowd in the computer room at the Indiana Women's Prison.

Talesa Howell had reason to be a little nervous. Her audience included Ivanka Trump, Tim Cook from Apple and Grammy Award winning rapper MC Hammer to name a few.

The tour was designed to show members of the Workforce Advisory Board, which Trump co-chairs, about a development program entitled "The Last Mile."

"Seeing the program it is clear why you have zero recidivism. It's absolutely extraordinary and I have to say I was blown away by the presentation," Ivanka Trump told participants after they concluded their presentations.

"We are aligning the potential that is inside the wire with the demand that is outside so that hope turns into a reality," Governor Eric Holcomb told the board meeting later.

"Unfortunately I must leave today's meeting in a few minutes," Commerce Secretary Wilbur Ross the Co-Chair for the meeting announced before introducing the Governor.

Commerce Secretary Wilbur Ross excused himself from the meeting shortly after the impeachment news broke in Washington. An aid to Ivanka Trump approached during the meeting as well but she stayed along with Representatives from Walmart, IBM, Siemens and Apple to conduct business.

Hammer was invited because he was one of the earliest supporters of the program.

"It's really not about me. It's about the amazing students getting the tools necessary for gainful employment once they are released from incarceration. This process has been extremely successful. To date zero recidivism. That is what it is all about. Its really about the students, the programs. The contact to make sure they get the opportunity to be equipped with the skills necessary to get gainful employment," Hammer said after the presentation was concluded.

That's certainly what Telusa Howell is hoping for.