IU students are back, but what about the mold?

Thousands of Indiana University students are moving in to residence halls across the Bloomington campus. 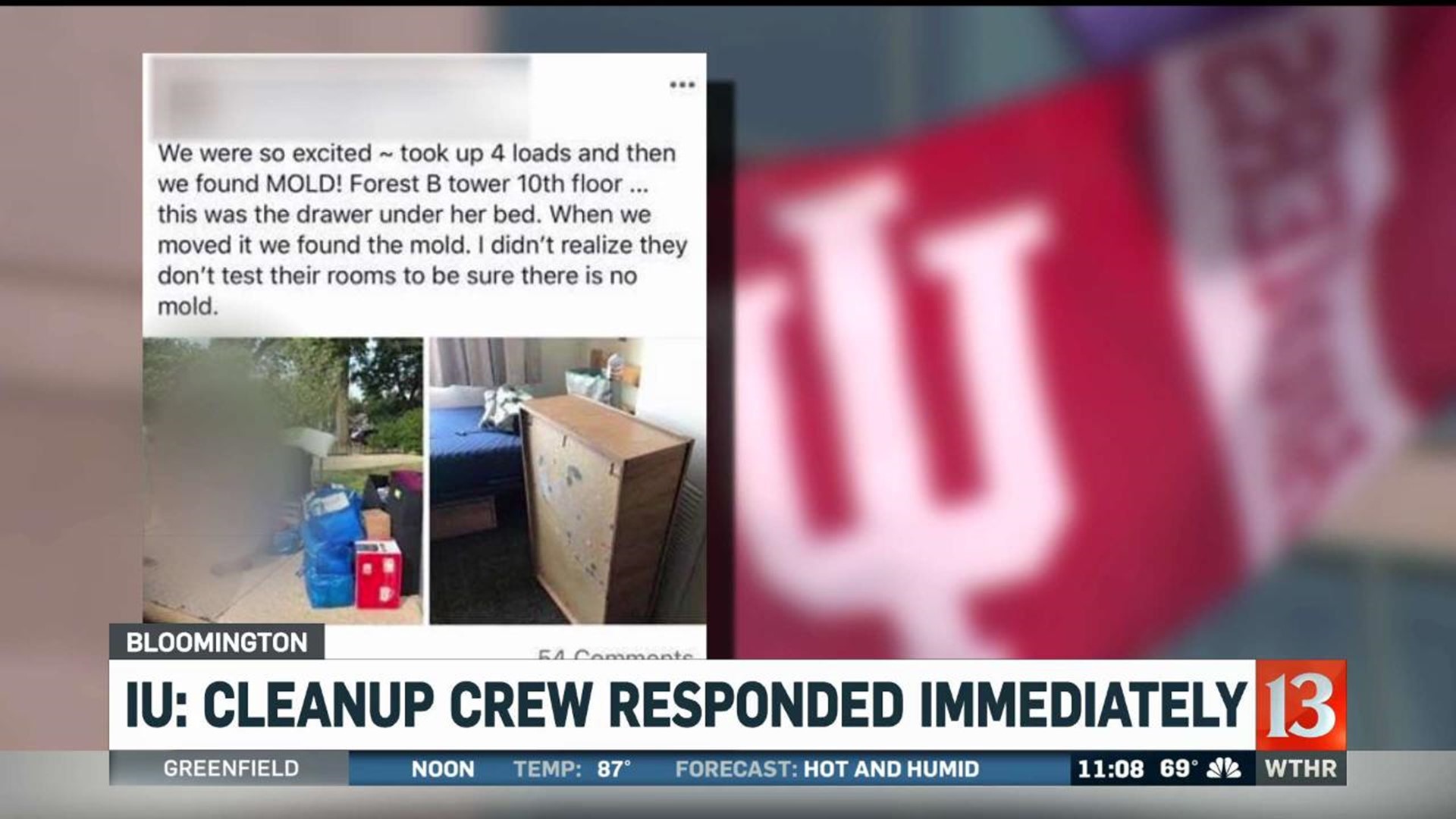 Thousands of Indiana University students are moving in to residence halls across the Bloomington campus. When they left last spring, the university was in an expensive and dirty fight with mold.

Mold was growing in HVAC units, windowsills and carpets. IU says the rooms are safe and they are ready to be occupied.

At Briscoe Quad, parents and students moving in seemed more worried about everything they had to lug up the stairs than about the possibility of finding dangerous mold.

"I think they probably have taken every imaginable step they could to take to mitigate or fix the problem," said Sean Furlew, whose daughter just finished moving in.

60% of IU’s freshman class is receiving scholarships, grants and financial assistance they don’t have to pay back @WTHRcom pic.twitter.com/k6izThS86u

Since then, IU said it spent more than $11 million removing the mold and taking precautions to ensure it doesn't come back.

He said buildings were thoroughly cleaned and that cooling and heating systems were checked to make sure they are working properly.

"We've taken an effort to set up a call center. We are making sure we respond immediately to any concerns or complaints," he said.

Because of the mold problem, two residence halls were closed and are being renovated a year earlier than planned.

The campus residence halls are more than full. 1,100 students, all upperclassmen, volunteered to live in off-campus apartments under a special ten-month contract worked out by IU

More than 200 freshmen will not get a room. Instead, they will be living in floor lounges converted into dorm rooms, with wardrobes, study areas, couches and bunk beds for 6.

It it a typical problem. Some students may get a regular room in a few weeks. Others may have to wait until next semester.

The freshman class of 8,200 is bigger than last year. According to IU, it is also the most diverse. 19% are minority students.

6 out of ten students are receiving grants, scholarships and other financial assistance they don't have to pay back, likely a relief for them and their parents.

IU is renovating 2 residence complexes a year early because of a mold problems that began last fall. 11 hundred students are moving into off campus apartments under an agreement with IU. @WTHRcom pic.twitter.com/wU7PGB3vV8