A woman told police she was on the balcony talking with Jacob Schleinz when he suddenly fell over the railing. 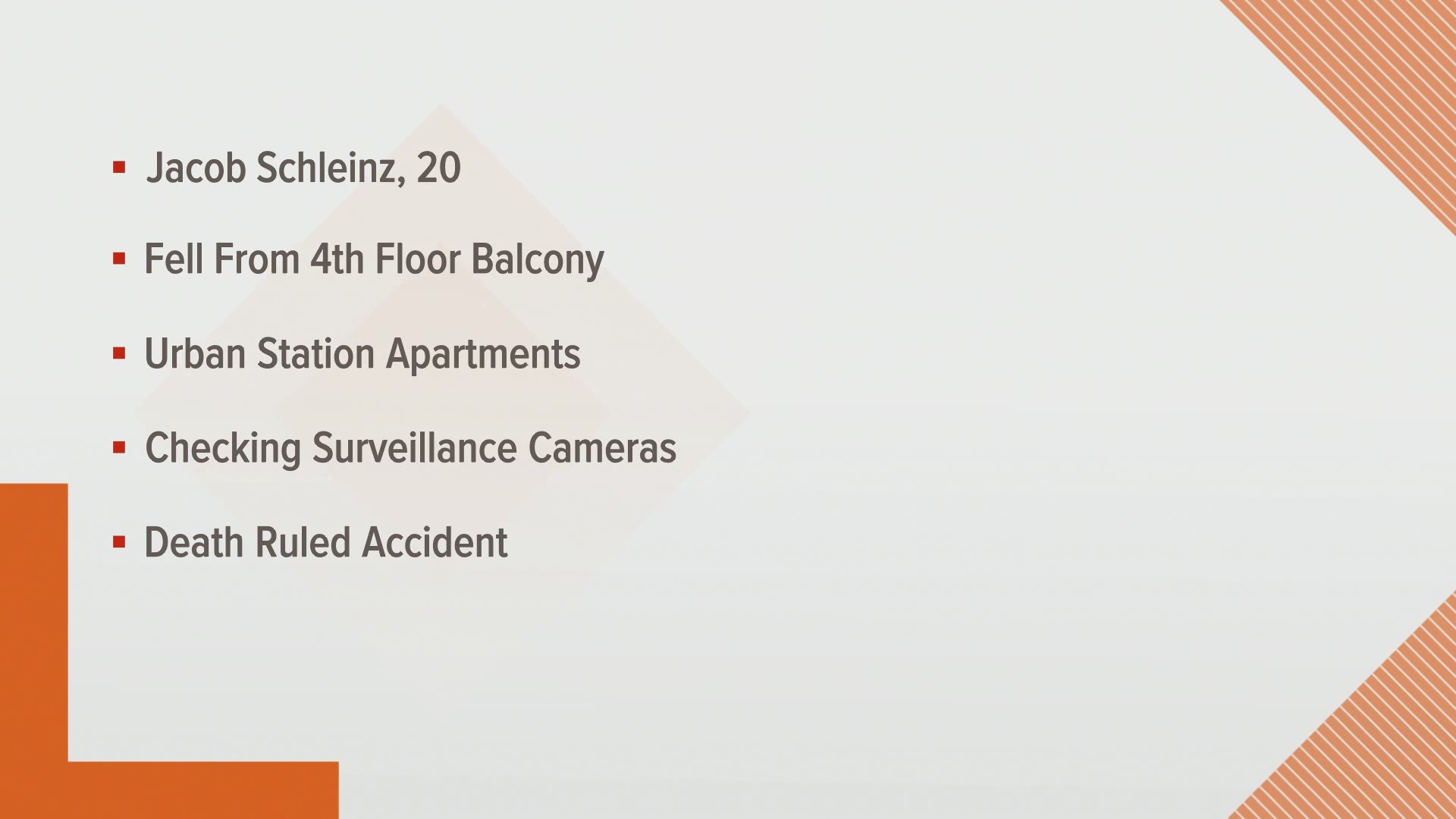 It happened just before 5:45 a.m. April 2. Officers responded to the Urban Station Apartments after receiving a call that a man had fallen from the balcony. When officers arrived, they found the man on the sidewalk suffering from significant injuries.

Police said two women were with the man at the time of the incident. They said he had been at their apartment, which was on the fourth floor. One of the women said she was outside on the balcony with him when he suddenly fell over the railing. Investigators are checking surveillance cameras to see if there is video of the incident.

There was an autopsy in Terre Haute Saturday. Shields said the preliminary cause of death was blunt force trauma and said it appeared to be accidental. The coroner's office is still awaiting toxicology results.