A spokesperson said the boy was unconscious and not breathing when he was taken from the Jordan River. 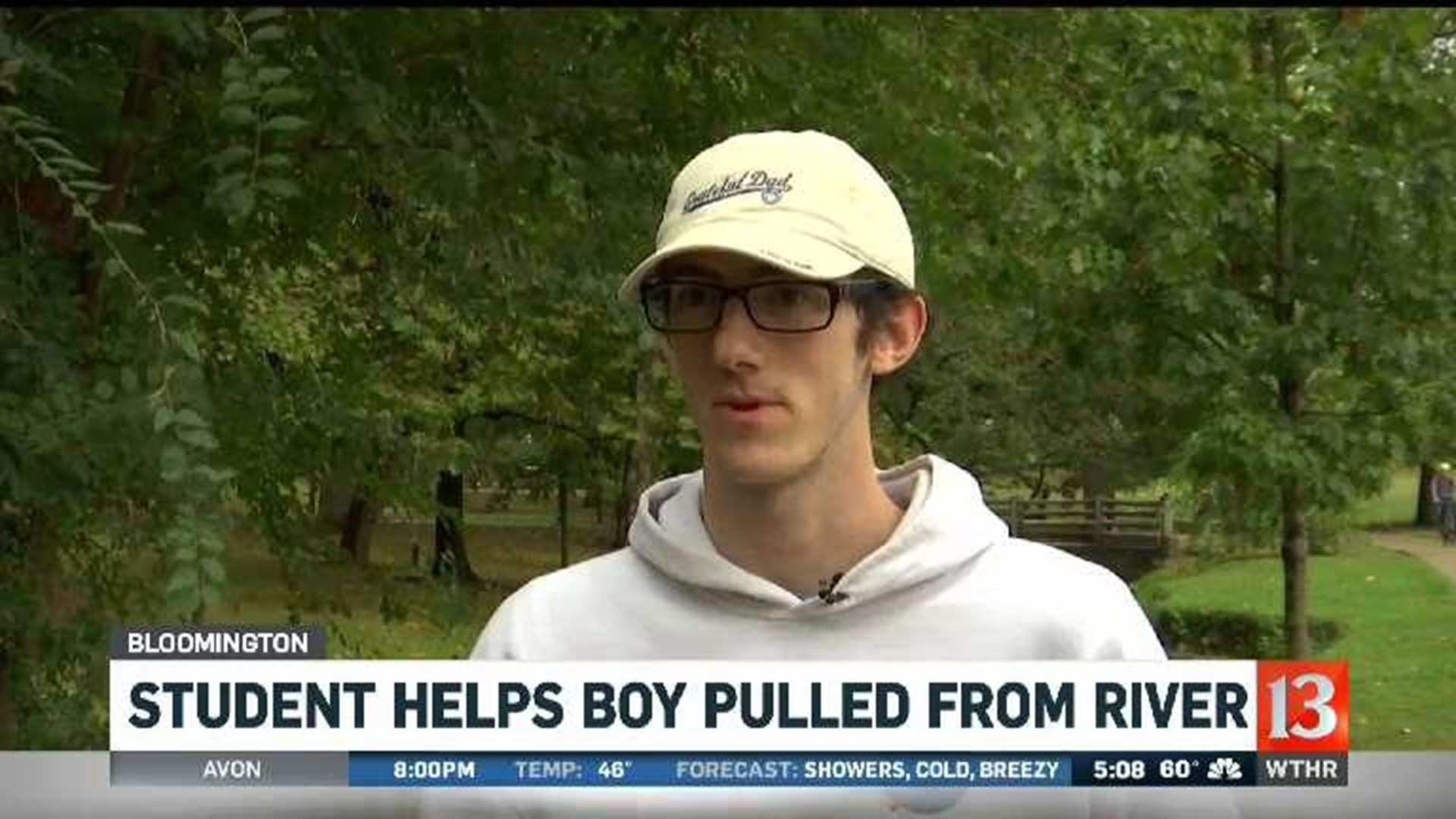 An IU spokesperson said the boy was unconscious and not breathing when he was taken from the Jordan River not far from the Indiana Memorial Union.

He “apparently may have received an electric shock from a conduit on the underside of a bridge running across the Jordan River on the IU campus,” IU spokesperson Chuck Carney told Eyewitness News.

Carney confirmed that an IU student was administering CPR when first responders arrived on the scene.

But sophomore Danny Schlatter said he’s not a hero.

“I was just an IU student helping someone in need,” said Schlatter.

Schlatter said he was CPR certified for the first time in his life about a month ago. He works with children with autism and his work required the certification.

Schlatter was heading to class Thursday afternoon, but it wasn’t an ordinary day. He was running late for a number of reasons, which Schlatter says was unusual for him.

While walking down the stairs to his class, he saw a man lifting someone out of the river. He says he didn’t think it was anything serious at first, thinking maybe someone had broken their arms.

“Then I heard his dad say ‘Oh God, his lips are blue’,” Schlatter said.

Schlatter then asked the father if he could preform CPR on his son.

On Friday, Schlatter told us he’s still trying to absorb how all the out-of-ordinary things that happened that day lined up

“There was definitely something going on, I was definitely let out early for a reason, I was talking to my girlfriend for a reason. All of it happened for some unknown reason,” he said, looking up, still trying to process his place in the universe as he reflected on the moment.

Schlatter says when the young boy was placed on the stretcher, he heard first responders say there wasn’t a pulse. However, he said he was later told the young boy was now in stable condition. Eyewitness News was unable to confirm the child’s current condition.

The university said the area where the young boy was in the river is now safe. but that they along with police and several other departments and entities are investigating to find out how and why the incident took place.

In a statement released to Eyewitness News, IU President Michael McRobbie said the university expressed its “deepest concern for the young boy injured on our campus and the IU community's hopes for his full recovery. Our hearts go out to his family, friends and loved ones during this most difficult time.”

The university said they're proud of Schlatter, his actions and the way he views them, saying that's what Hoosier pride is all about.