The school said that five cases had been confirmed since December. 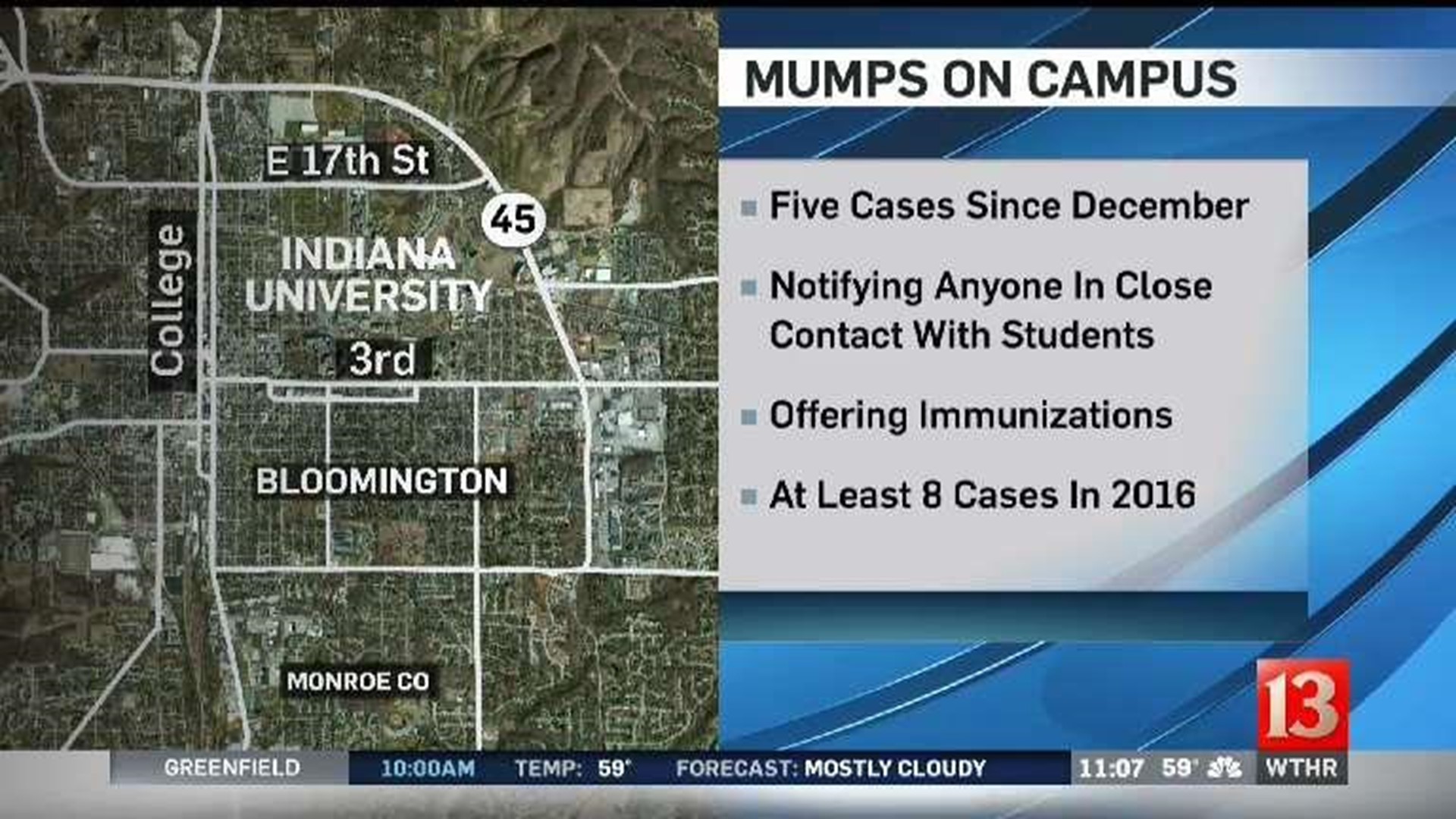 BLOOMINGTON, Ind. (WTHR) - A message shared Wednesday with staff and students at Indiana University reported that the school was investigating several mumps cases on the Bloomington campus

In an email, the school said that five cases had been confirmed since December.

The incidence of mumps nationwide is at a 10-year high, according to the Centers for Disease Control and Prevention.

IU is offering immunizations to students and staff and said they were "taking all precautions to protect (its) students", including working with the state department of health and Monroe Co. Health Dept.

They're also suggesting the community learn more about symptoms and prevention, providing the following information from the CDC:

• According to the CDC, symptoms for the mumps include fever, headache, muscle aches, tiredness, loss of appetite, and swollen and tender salivary glands under the ears on one or both sides. Mumps is spread from direct and indirect contact with an infected person's respiratory droplets, which can be transmitted by sneezing and coughing. People with mumps can spread their infections for up to two days before and five days after the onset of symptoms. Therefore, anyone with symptoms should stay home and avoid others to prevent the further spread of illness.

• Mumps is caused by a virus, so antibiotics are not indicated. Symptoms typically appear 16-18 days after infection but can range from 12-25 days. Generally, mumps is a mild illness, and some people may not have any symptoms. While complications and more serious issues can result from a mumps infection, they are generally rare, with a 1 percent to 3 percent complication rate.

The university encourages university members to check their vaccination records with their primary-care provider. Currently, the best way to prevent mumps is to be vaccinated with two doses of the measles, mumps and rubella vaccine, or MMR. Two doses of vaccine are only considered around 88 percent effective at preventing infection, so some people who have been fully vaccinated with two MMRs may still contract mumps.

• Practicing good hygiene habits -- such as regularly washing your hands with soap and water, sneezing and coughing into a tissue or your elbow, and avoiding the sharing of drinks, food and utensils -- is a good way to prevent illness and transmission.

• If students have any concerns about possible symptoms, they should contact the IU Health Center or their primary-care provider. Treatment for mumps is geared toward alleviating symptoms. Bed rest, a soft diet and a pain reliever for aches are often recommended.