IU professor responds to claims his tweets are 'racist, sexist and homophobic' 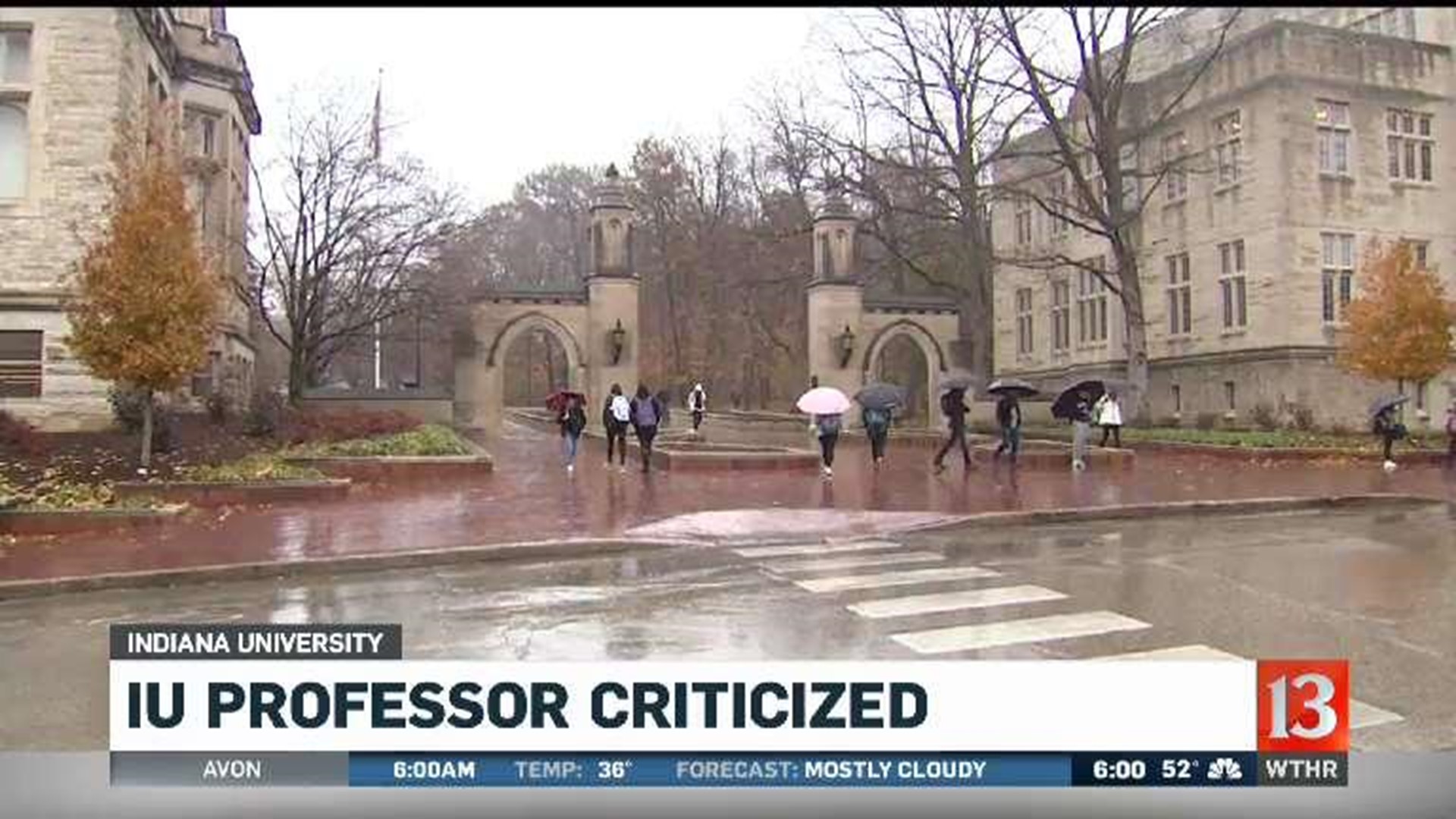 Professor Eric Rasmusen spoke with Eyewitness News by phone on Thursday. He said he would not describe himself as racist, sexist or homophobic despite the university provost classifying his tweets that way. He believes his words have been twisted.

"I believe it’s taking something else I wrote and then saying, 'if he believes this then he must believe that,'” Rasmusen said. "I'm proudly conservative, yes, and I'm sure she hates my real opinions too, but she's got a wrong view of them."

Rasmusen has created a webpage to respond to the allegations. On it, he called the provost's allegations "wrong."

"I think it’s embarrassing and really unfortunate," said Thomas French, IU professor. "The evidence that he’s wrong is all around us."

"Most of my professors here have been women and they’re some of the smartest women I know," said student Sarah White. She added she wanted Rasmusen fired.

Despite those calls to remove him, the university said it won’t, and it can’t.

"It's free speech rights," said Chuck Carney, IU spokesperson. "He has the right to say what he wants as a private citizen on Twitter. But we also have the right to disagree."

Carney said the university is allowing students who are concerned about perceived bias in Rasmusen's classes to transfer out.

Carney also said IU is using "double-blind grading" for Rasmusen's classes. That means Rasmusen won't be able to see whose assignments he's grading. In cases where that is not possible, the university will have another faculty member verify the grading is fair.

GLAAD issued a statement to Eyewitness News on Thursday in response to what is happening with Rasmusen:

“Professor Rasmusen has now created an environment in Bloomington where students representing marginalized communities, like LGBTQ Hoosiers, have to worry about who they are as they experience what otherwise is an inclusive campus environment. Indiana University is the first place where I came out and truly found acceptance for being LGBTQ, and this environment should not be threatened by the illogical and debunked ideas of one person – even if they are on university staff. Students and faculty must take action and report any instance they feel their academics or overall well-being may be affected by Professor Rasmusen, who has shown he doesn’t actually believe in the values of IU.” – Drew Anderson, Dir. of Campaigns and Rapid Response