Move over "Men in Black": Indiana University has a hero of its own. 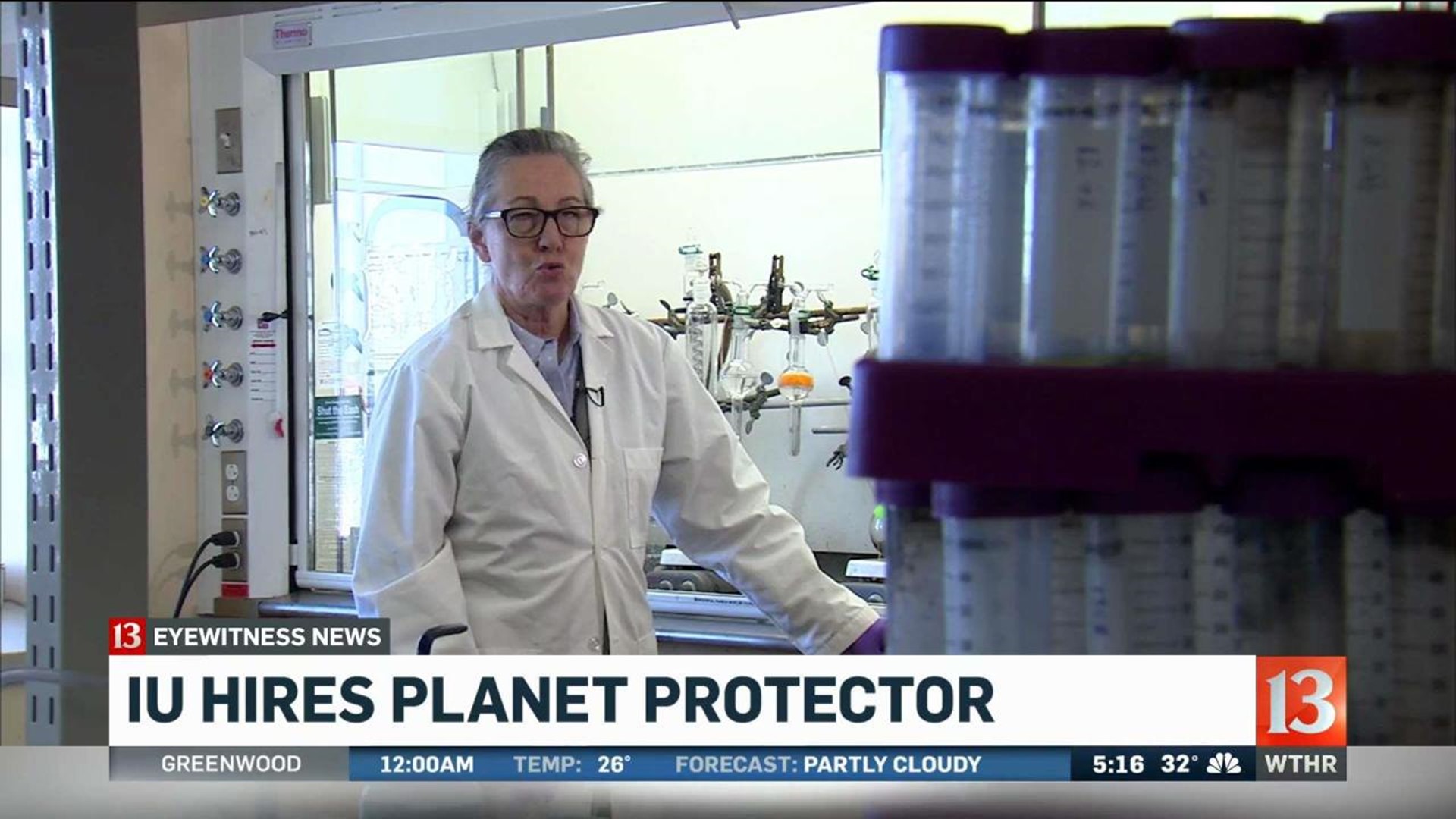 INDIANAPOLIS (WTHR) - A Hoosier professor is about to start a new career.

She'll be guarding us against alien life.

It is a real and very important position and it's a big deal for Indiana University to have one of its own tapped for the job.

You know the superstars and superheroes who save us from aliens on the big screen?

Move over "Men in Black". Indiana University has a hero of its own.

Lisa Pratt is a scientist, professor and Hoosier.

And now, the 66-year-old is about to get perhaps the coolest job title on the planet.

"It sounds like it's right out of a Hollywood set," Pratt said. "I'm pretty hyped up. I don't know about getting the badge, don't think so. Certainly not a cape!"

Colleagues did give Pratt a ceremonial cape at a going away party on campus.

After all, she's a real-life guardian of the galaxy now.

She's been hired by NASA to protect humans from extra-terrestrial life and in turn, protect them from us.

And while exploring the possibility of alien life out there feels very "big Hollywood", the reality of this job deals with the very small, the microscopic.

"We're looking at the minerals and the organic materials in that sample that carry a signature that life was there," Pratt explained.

Pratt is the 8th person in history to hold the Planetary Protection Officer title for NASA.

It's been around since the days of Apollo.

Her mission is to make sure that when we travel to Mars, for example, we don't contaminate it with microorganisms on our rovers.

Also, she wants to make sure that tiny potential alien invaders don't accidentally come back to Earth.

"We really have no idea what we might encounter on Mars," Pratt said. "It puts the burden on everyone to be very, very careful about where they go and what they do until we know with some assurance one way or the other whether or not whether or not there is a life form that is Martian."

Pratt believes it is plausible we are not alone.

Although she doesn't watch Hollywood's take on space exploration, she did grow up with a family of voracious science fiction readers.

She says this dream job with NASA will let her replace science fiction with real science.

"My daughter encouraged me with all the things I used to tell her about stepping up to make a difference for your state, for your community, for your nation," she said.

She's now making a difference for our planet.

Pratt begins her new job at NASA on February 5th.