You may not realize it but Friday was the very first National Ernie Pyle day. 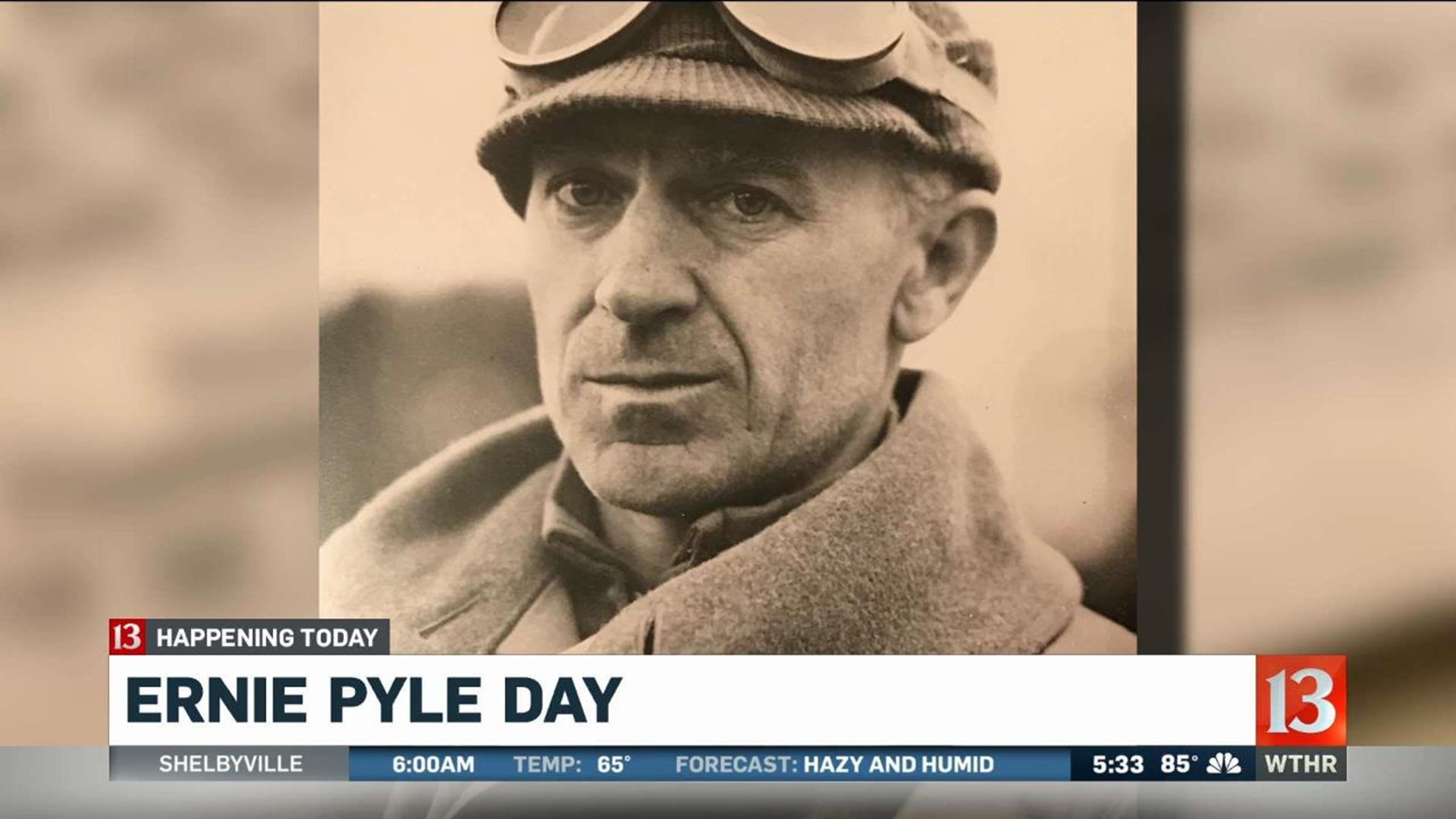 BLOOMINGTON, Ind. (WTHR) - You may not realize it, but Friday was the very first "National Ernie Pyle Day."

Indiana University celebrated the occasion in a number of ways.

Ernie Pyle loved to write stories. While he may be known for the stories he published, his letters give us a much deeper look into the man.

"They are personal. They are challenging, I think. In my tweet, I called him a complicated hero," Rebecca Baumann the Head of Public Services at Lilly Library said.

Pyle wrote a column from the front every single day during World War II, but was also a busy letter writer to his wife, when he wrote, "The Army food is good and the Army has given me a Jeep. What more could a man want?"

But his letters to his good friend Paige Cavanaugh show another side to the man which he would always start in off color banter.

"It might be something as simple as 'Dear stupid,' which is one we can say, but most of it we can't. So most letters begin in a colorful flow of profanity," Baumann explained.

His columns won the hearts of the homeland and the admiration of soldiers everywhere during the big war and it's little wonder why. His columns about front line soldiers not getting extra pay led to what is now known as combat pay.

"He lived up front, ate up front and, unfortunately, died up front with the soldiers," Pyle's second cousin Thomas Cowan added.

On this the very first National Ernie Pyle Day, his words live on thanks to a first person drama, but if you want to delve a little deeper into his unpublished works, they are waiting for you at Lilly Library.

From Ernie Pyle, our complicated hero.