ISP remembers officers lost in the line of duty

Names of fallen troopers were read at a memorial service Tuesday at the Indianapolis District headquarters. 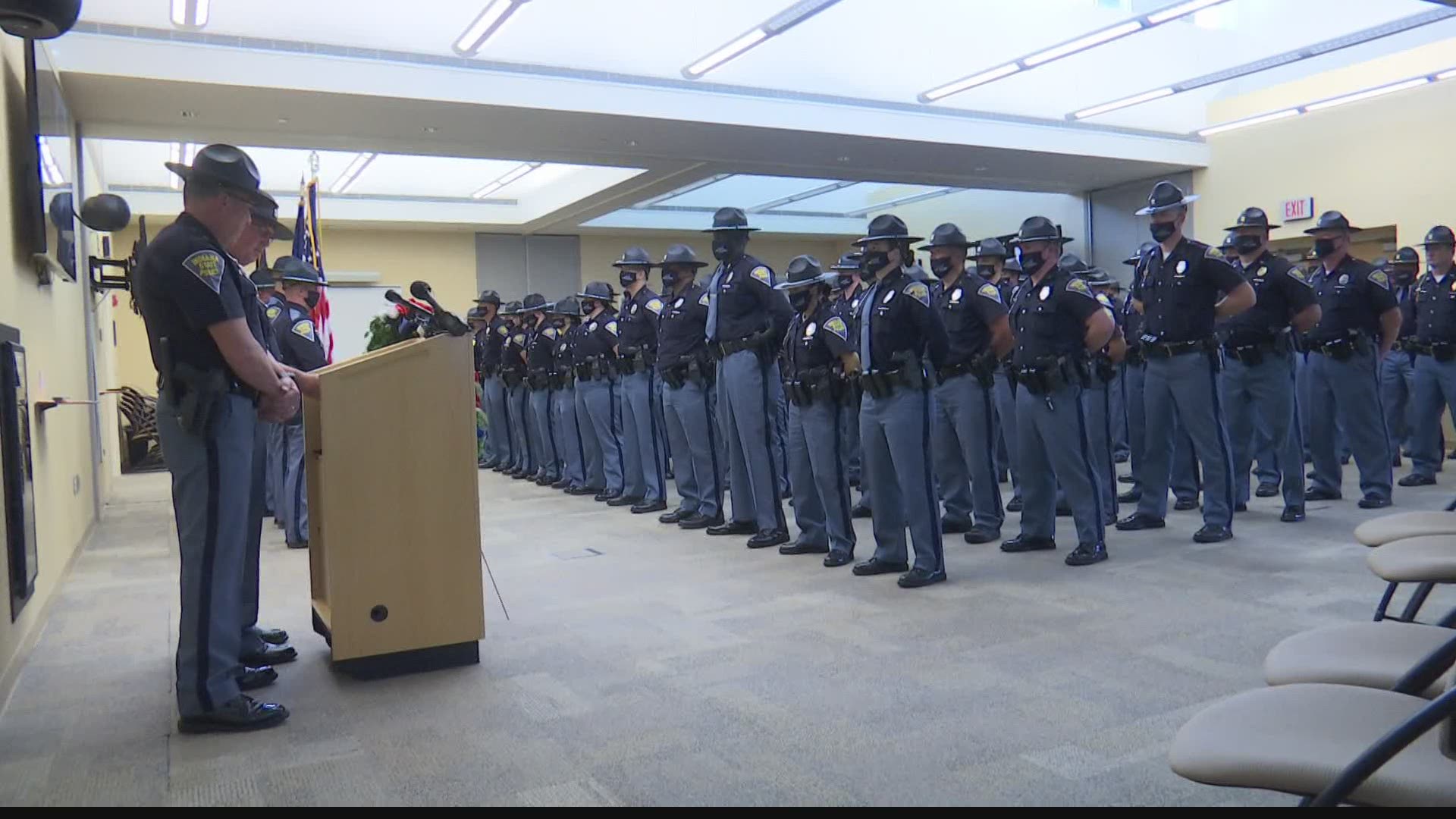 INDIANAPOLIS — Indiana State Police troopers who lost their lives in the line of duty were remembered in a solemn service Tuesday.

Their names were read at a memorial service at Indianapolis District headquarters on the east side.

Rifles were fired as a salute.

One of the fallen heroes is Robert Lather II, who died in 1982. Lather's son attends the memorial service every year.

"The police officers are out there every day, putting their life on the duty. Sometimes they don't make it home at night. Unfortunately, that night in 1982, my mom got the knock on the door. So it's nice that all these years later, we remember all the fallen heroes like today," said Rob Lather III.

Rob was two years old when his father was killed in a crash while chasing a speeding drunk driver who hit his patrol car.