Joseph Gill was found dead on State Road 3 two days after he went missing. Police said he was hit by a car and are asking the public to help find those responsible. 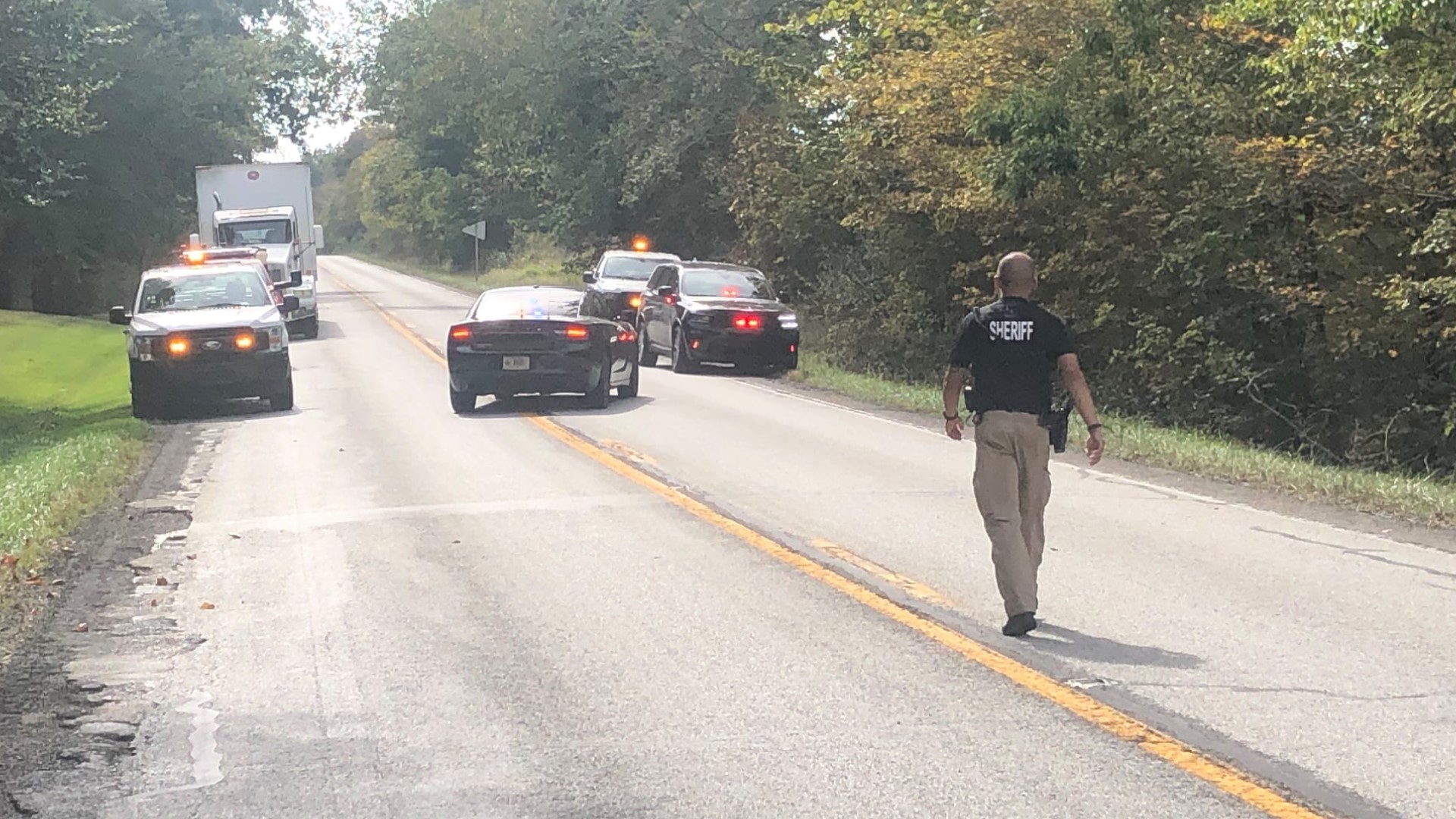 JENNINGS COUNTY, Ind. — Indiana State Police investigators are asking the public to check their home surveillance footage for any leads that might help them find the car that struck and killed a 27-year-old man who was found dead along State Road 3 days after he went missing from Jennings County.

Joseph Gill, 27, of North Vernon, was missing for approximately two days before his body was found on State Road 3 in northern Jennings County.

An autopsy on Tuesday, Oct. 5, indicated that Gill sustained injuries consistent with him being hit by a vehicle.

Investigators believe Gill was walking along the road when he was struck by a car between 4:30 a.m. and 5 a.m. Tuesday, Sept. 28.

ISP is asking anyone who may have been driving in the area around that time and believe they hit someone or anyone who might have seen Gill in the area to call the Jennings County Sheriff's Office.

Investigators are also asking anyone with a home camera system who may have captured video of traffic on State Road 3 between Westport and North Vernon during that time frame to contact the sheriff’s office.

Credit: Indiana State Police
Authorities investigate on Sept. 30, 2021, after the body of Joseph Gill, 27, was found along State Road 3, two days after he went missing from Jennings County, Indiana.

ISP is looking for a vehicle that has passenger side damage.

Members of the public who might be able to identify the vehicle involved in this hit-and-run or anyone with information about this case is urged to call the Jennings County Sheriff’s Office Tipline at (812)346-0342.