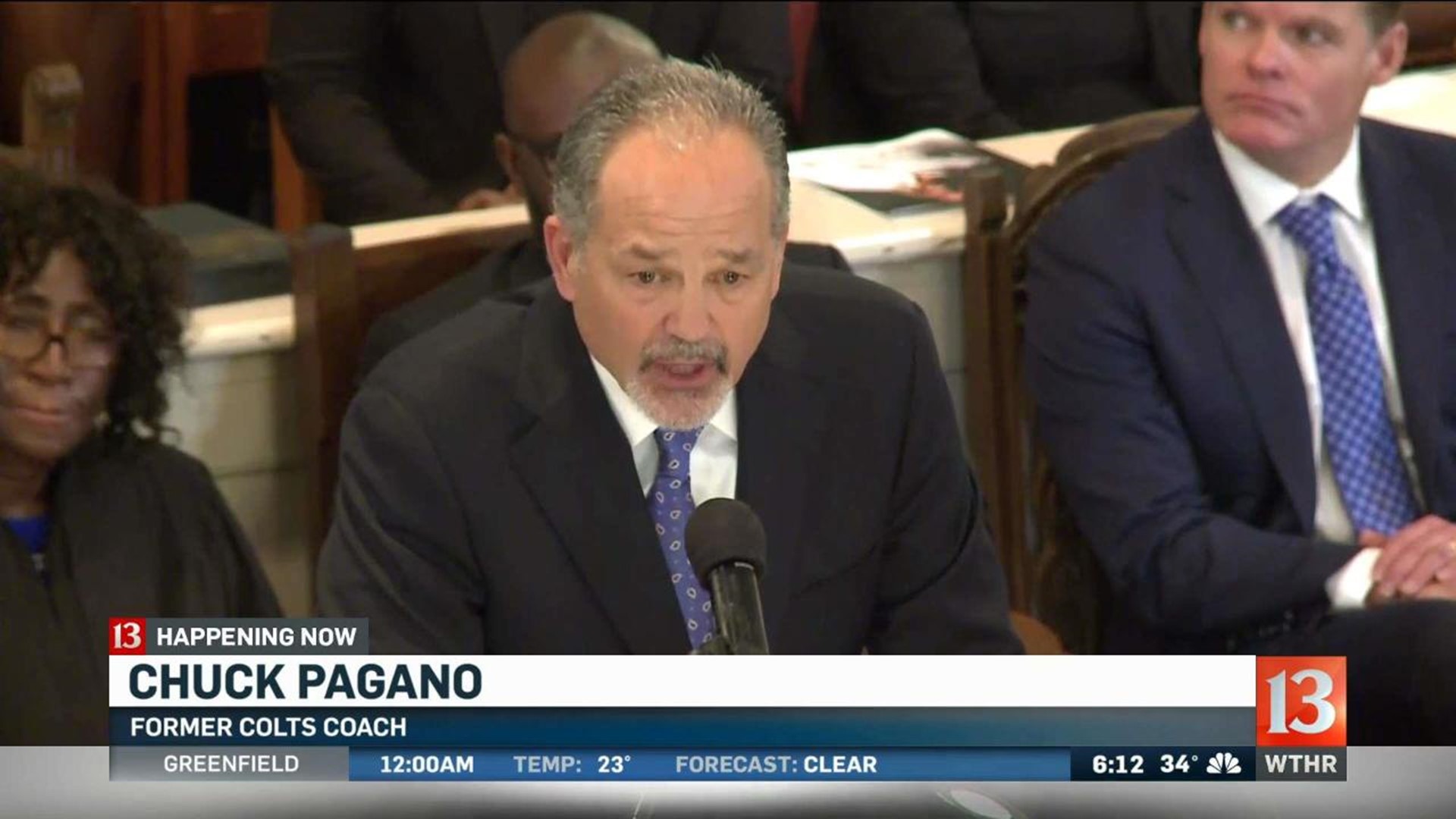 INDIANAPOLIS (AP) — Indianapolis Colts owner Jim Irsay is donating $25,000 to establish the Edwin Jackson Memorial Scholarship in memory of the former linebacker who was killed in a traffic accident Feb. 4.

Irsay issued a statement Monday calling Jackson a "wonderful young man" who is already missed. Irsay says he wants to honor Jackson's memory, determination, work ethic and character and that he will work with Jackson's family to establish guidelines for a scholarship that will be awarded annually.

“Edwin was such a wonderful young man and was beloved by his family and friends across the country, especially by his Colts family here in Indianapolis,” Irsay said. “We are all better people for having known him, and we already miss him so much."

Irsay again sent condolences to the family of Jeffrey Monroe, Jackson's Uber driver, who also was killed in the accident. Irsay has offered to pay for the funerals of both men.

Donations to the scholarship fund can be made online at www.colts.com/memorial or by mail at the Edwin Jackson Memorial Scholarship, c/o Indianapolis Colts Foundation, P.O. Box 535000, Indianapolis, IN 46253.