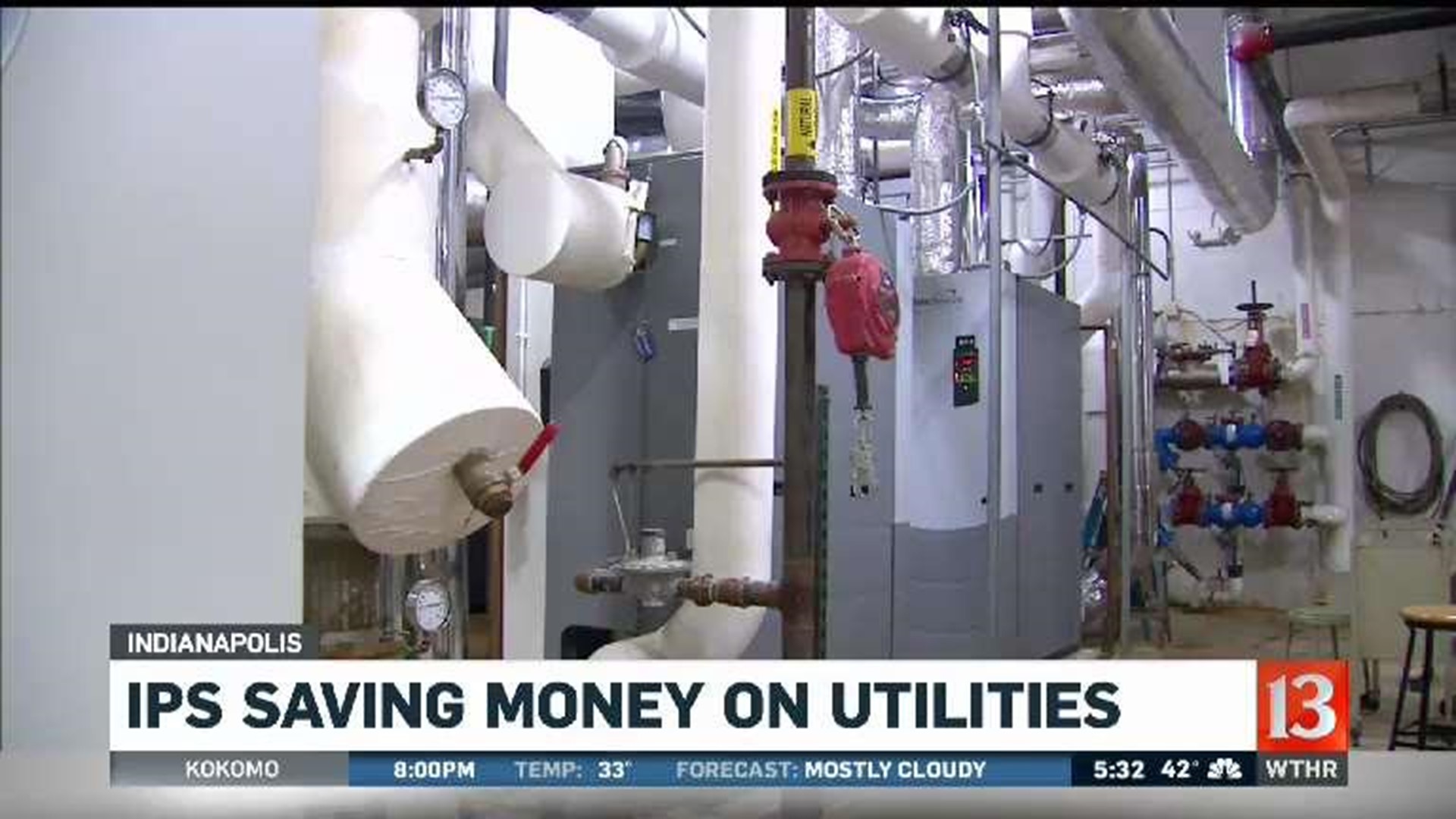 "At this point, we are at about $1.1 million," said Deputy Superintendent Scott Martin.

We asked Martin if he was the million dollar man.

If you wanted to “find” a million dollars would you look in a boiler room. IPS did. Money spent on wasted energy can no be spent in classrooms @WTHRcom pic.twitter.com/vOXl86KoEs

"No," he replied with a serious laugh. "The million dollar men are the men making it happen."

The heating, cooling and electrical systems of all 71 IPS buildings are now monitored day and night by a several computers, all in one location.

"Anything I want to do, I can do from here," said John Chenoweth.

Chenoweth, formerly an IPS employee, now works for Cenergistic, the company working for the school district to cut its energy bills.

Heating, cooling and other systems, some controlling the temperature in individual classrooms, can turned on and off, adjusted, and monitored from one remote location, all with the goal of eliminating energy waste.

The results have been eye-opening.

"Essentially we found systems running all the time," said Martin. That included nights and weekends, when schools were empty.

The energy and money-saving initiative began less than a year ago. With all the systems now under control, next is the more difficult task is changing human behavior. There will be a campaign to encourage teachers to turn off lights in unused classrooms and to get students to shut down computers and other equipment at the end of the day.

Unplugging coffeemakers, refrigerators, TV's and other power-eating appliances during school breaks is also part of the plan.

Martin admits the individual savings will be small, but "When you multiply it across all the equipment in the district, the small increments add up to a lot of money."

IPS spends more than $13 million a year on energy. As an incentive to cut that bill, Cenergistic gets half of all the savings. Expectations are high.

"Frankly, I'll be disappointed if we don't hit $2 million dollars at the end of the school year," Martin said.