Indianapolis Public Schools has suggested a property tax increase that is smaller than originally suggested. 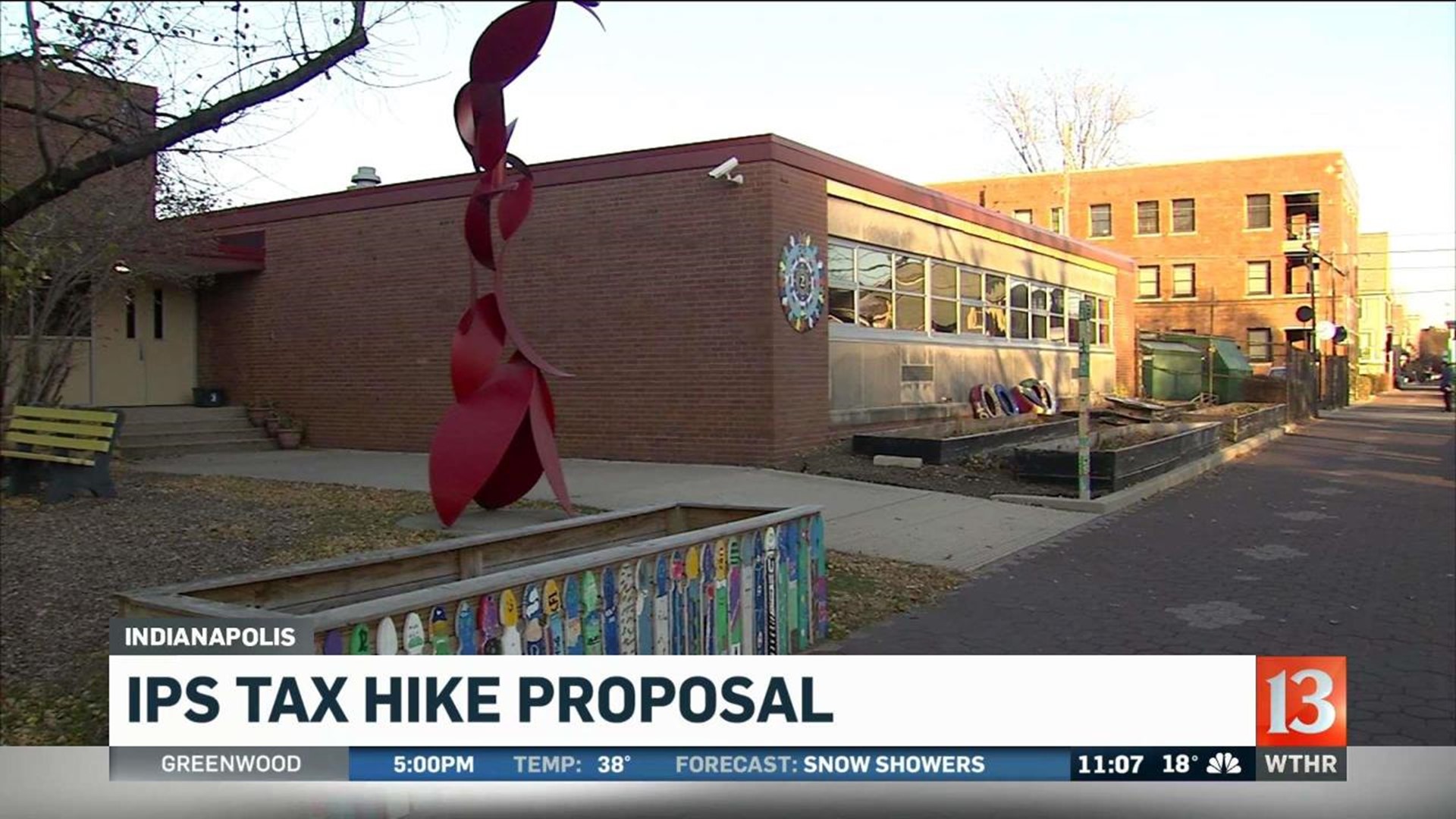 INDIANAPOLIS (WTHR) - After previously announcing a controversial plan to seek nearly $1 billion tax increase in a May referendum, Indianapolis Public Schools has opted to reduce the amount sought by millions.

On Tuesday, the IPS board of school commissioners approved a plan to reduce the operating referendum ask from $92.4 million per year to $65.7 million.

“Since December, we have actively engaged in conversations about the referenda with taxpayers, students, teachers, parents and community members,” said Superintendent Dr. Lewis D. Ferebee. “In response to the community’s feedback and being conscientious stewards of taxpayer-provided resources, we decided to propose reducing the financial ask.”

The referendum is set to appear on the May 8 ballot. It would seek a local property levy of no more than $0.4423 on each $100 of assessed valuation. IPS estimated that the owner of a $123,000 home would see a property tax increase of $212.00 per year. That's down from the original proposal, which estimated a $283.00 annual increase.

Indianapolis Public Schools are discussing whether to seek two 2018 referendums that would raise money for operations, including paying staff raises and for making buildings safer and sounder.

“A lot of the schools in the area could definitely use some work, especially for infrastructure and for the schools computer labs,” said Brendan Riley, an IPS dad.

But where does the money come from?

IPS says state funding is down $10 million annually from 5 years ago while federal funding fell $14 million. And tax caps that took effect in 2011 leave IPS without $17 million dollars a year.

IPS will look at a nearly $1 billion dollar tax hike - its biggest ever - to fund safety, transportation and building improvements, a two percent cost of living pay hike for staff and health insurance support.

"Without new taxes, there would be a reduction in the high-quality special ed services we provide on a daily basis,” says IPS chief of staff Ahmed Young.

“I am not settled on being for or against it at this point,” says Dountonia Batts, a former IPS parents still active in school issues. She wonders which teachers benefit from salary hikes and about all the downsizing IPS has already done.

“As we right-size and diminish, our expenditures are going up, seemingly. Doesn’t make sense, so I just need more information to get behind this.”

The board votes on Thursday night on whether to put the referendum on the May 2018 ballot.

The potential cost to homeowners varies greatly, from a couple hundred dollars to a couple thousand in additional taxes.

"The time is right to approach our taxpayers and ask them for their additional support," said IPS chief of staff Ahmed Young.

That is financial support and lots of it.

IPS figures the proposed tax increases would cost the owner of a $123,000 home about $350 a year, but many homeowners will see much bigger increases.

Eyewitness News crunched the numbers on homes in the economically-diverse Butler-Tarkington neighborhood,

One house just north of 38th Street has an assessed value of just over $100,000. Using numbers from IPS and the Marion County treasurer’s office, we came up with a tax increase of $725.

And at a home nearby with an assessed value of about $280,000, the proposed taxes would cost the homeowner nearly $2,000 a year.

IPS plans to add a property tax calculator to its website later this month.

The new IPS money would pay for educational programs, buses, building maintenance and additional security, but teachers would get the lion's share. IPS says it would prevent a freeze in hiring, salaries and benefits.

"If you don't have individuals that are dedicated on the front lines, doing the hard work every single day, it's hard to provide an exceptional education experience that our families and students are entitled to," Young said.

If IPS gets the school board's approval to move ahead, voters will vote on the tax hike in a May referendum.