Indianapolis Public Schools have approved a dollar amount for an operating referendum on the November ballot. 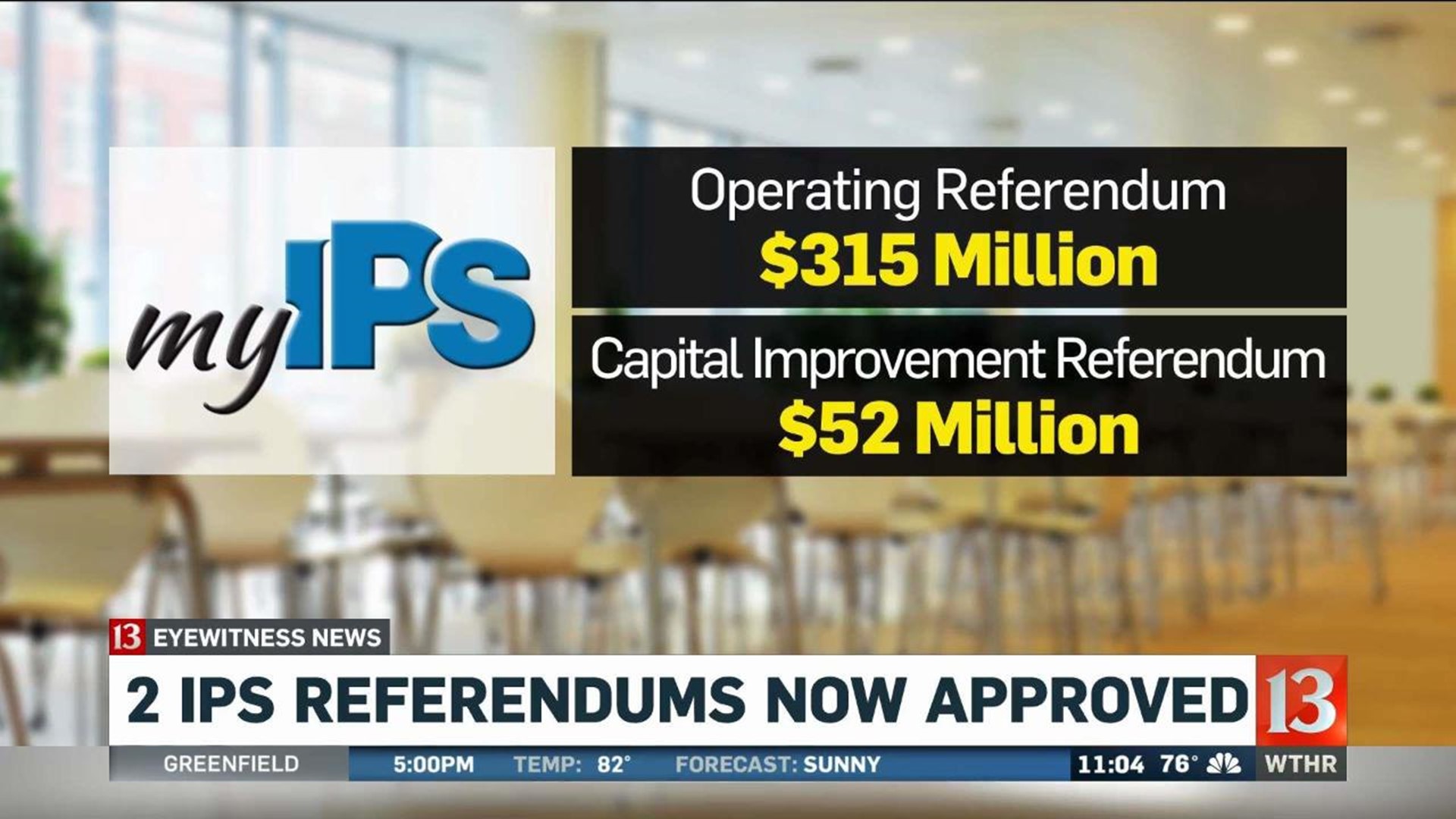 INDIANAPOLIS (WTHR) - The Indianapolis Public Schools board has signed off on a second tax hike proposal to put on the November ballot.

The board voted unanimously Tuesday night in favor of a $315 million operating referendum. This would help cover things like teacher salaries and raises.

They already passed a $52 million capital referendum. That money would be used to pay for safety and security upgrades among other expenses.

But the district says the amount approved might change after more discussion with the Indy Chamber of Commerce.

The Chamber put out a report last week asking for a $100 million referendum. They claim their plan could save IPS and taxpayers.

In a statement Tuesday night, the Chamber said it is concerned their numbers are so different, but they're ready to continue talks.

“Over the last four months we’ve worked Dr. Ferebee and his team with unprecedented access and transparency to build an exciting new blueprint for IPS: Paying teachers and principals more than any other local school system, driving more resources into the classroom, and protecting taxpayers by embracing efficiency.

“We found more than a half-billion dollars in savings across IPS operations, and started with a scenario that funded higher salaries and fixed the budget deficit with no new taxes. But we listened to IPS, and scaled back or slowed down some recommendations to arrive at our proposal for a $100 million operating referendum.

“We stand behind this plan, but have kept working with Dr. Ferebee and President O’Connor on alternatives. Unfortunately, we haven’t been able to resolve the differences and remain far apart.

“We’re concerned that our numbers are so divergent. We need to study the assumptions behind the $315 million request; clearly the tax impact is significant and the task of winning voter support will be challenging.

“But even close partners can disagree, and the Chamber remains committed to the success of IPS. We’re ready and willing to continue our discussions and help the district pursue opportunities for efficiency and become an employer of choice for great educators."